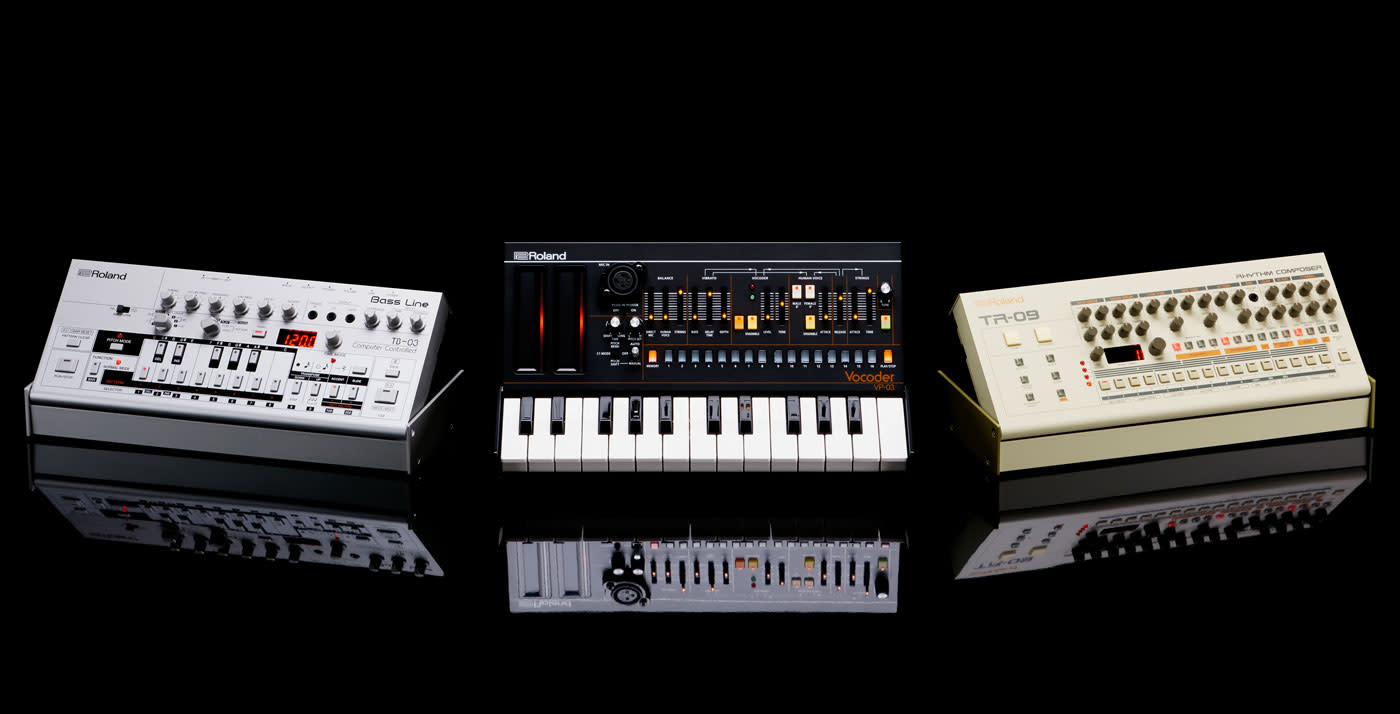 Roland's Boutique line of synthesizers broke from cover last fall and today the company announced three more members of the series. Appropriately enough for 909 Day, the highlight of the trio is a revival of the iconic TR-909 drum machine. The new version, officially called the TR-09, "recreates the influential hybrid sound of its predecessor" thanks to ACB (Analog Circuit Behavior) technology according to Roland.

The new 909 includes a 16-step sequencer and TR-REC programming with both step and tap writing modes. The company also says that the TR-09 offers more flexibility than the original thanks to improved controls that allow for adjustments without stopping the beat. It also offers MIDI and USB connections for getting sounds out from the instrument to use elsewhere. The best part? It's set to retail for $399.

This isn't the first time Roland has paid homage to the TR-909. In 2014, the company announced the AIRA line with a range of devices that brought the sounds of the 808, 909 and 303 to synth and drum machine fans decades later. Speaking of the 303, the second of today's announcements is a fresh take on that bass synth. The new TB-03 also makes use of ACB tech to harness "authentic sound and character of the original." Besides the pitch and time write modes from the TB-303, the TB-03 adds a step write option and the ability to switch between modes while a loop is playing. It also packs an LED display and those handy MIDI and USB connections in the $349 package.

Last but not least, there's a new version of the VP-330 Vocoder Plus. The new gear is labeled the VP-03 and like the other two members of the group, it too uses ACB technology to offer the sounds of the original instrument with a mix of synth and human voice. Vocoder, voice and string sources remain and there are inputs for an XLR microphone and optional keyboard as well. Other new features include 16-chord memory setups for one-finger playback, voice step sequencer for even more rhythmic effects and both MIDI and micro USB connectivity. The VP-03 will also set you back $349.

Unfortunately, Roland didn't announce when you'll be able to nab one or more members of the group. It's also not the only company reviving old classics as Korg brought back a number of instruments including the ARP Odyssey and MS-20. Moog has also put some of its older synths back in production, most recently reviving the the Minimoog Model D.

In this article: 303, 909, av, drummachine, gear, reissue, roland, synth, tb-03, tr-09
All products recommended by Engadget are selected by our editorial team, independent of our parent company. Some of our stories include affiliate links. If you buy something through one of these links, we may earn an affiliate commission.