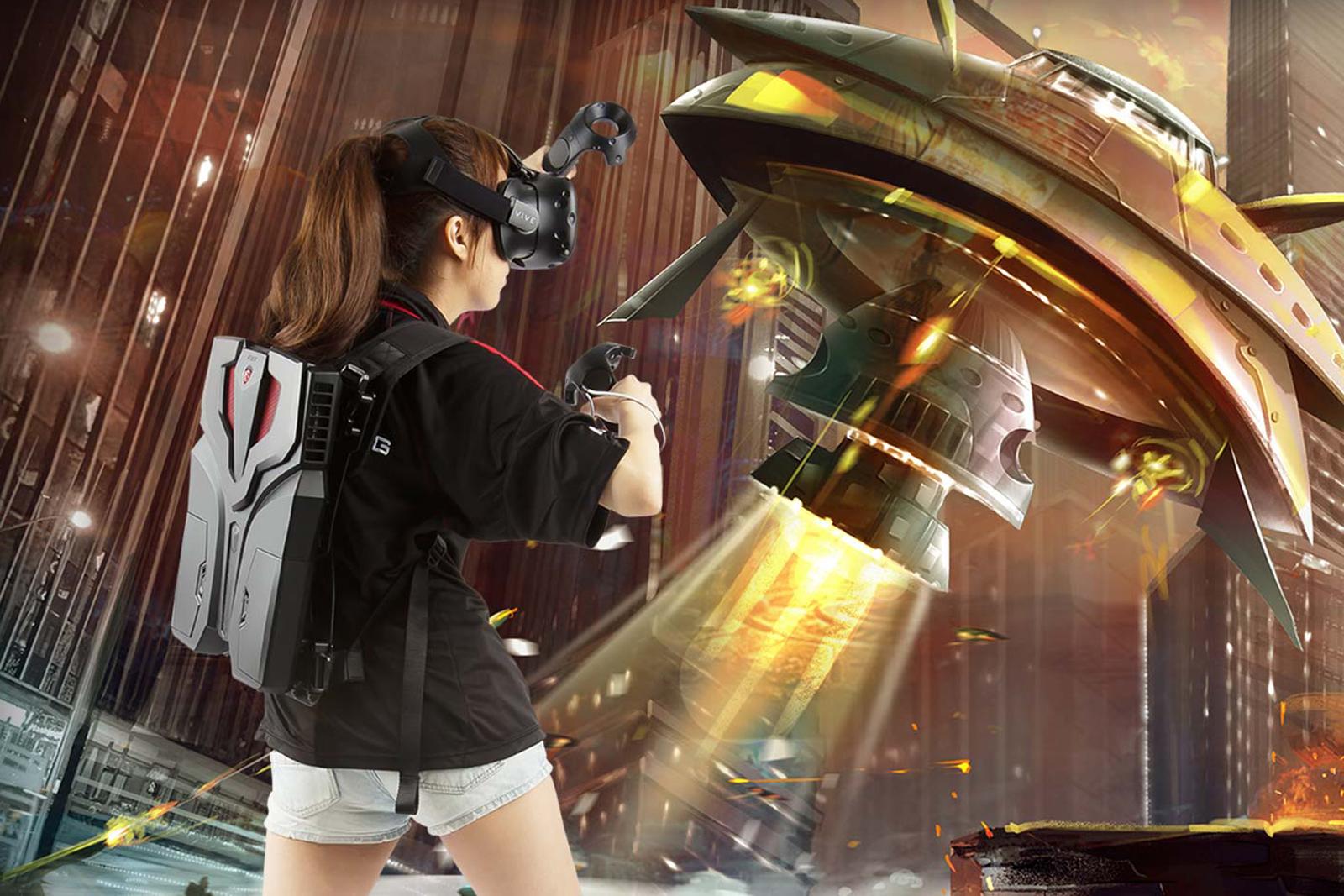 Remember the virtual reality backpack PC design MSI showed off at Computex just a few months ago? It's already obsolete. MSI has unveiled the finished product, the VR One, and it looks nothing like the prototype you saw in June. There's a good reason for that, though: the official hardware is billed as the world's "lightest and thinnest" VR backpack, weighing a more reasonable 7.9 pounds versus the 10 of before. It won't be quite so noticeable when you're spinning around the room, in other words. And that's not the only improvement -- MSI has taken concerns over performance and battery life to heart.

The VR One not only gets an upgrade to faster GTX 1070 mobile graphics (on top of an overclocked Core i7 processor), but runs about 50 percent longer than the Computex model at 1.5 hours of VR use. And since there are now dual battery packs, you don't have to shut down entirely to keep playing. You can hot-swap batteries as much as you like, which is particularly handy if you're either an avid player or want to share the backpack with others.

MSI hasn't divulged launch details for the VR One, although it had promised that a back-mounted system would be available by the end of the year. It's reasonable to say this won't be cheap given both the higher-end parts and VR-specific requirements, such as those gigantic removable batteries.

In this article: backpack, computer, gaming, gear, msi, pc, personal computing, personalcomputing, tgs2016, tokyogameshow2016, virtualreality, vr, vrone, wearable, wearables
All products recommended by Engadget are selected by our editorial team, independent of our parent company. Some of our stories include affiliate links. If you buy something through one of these links, we may earn an affiliate commission.