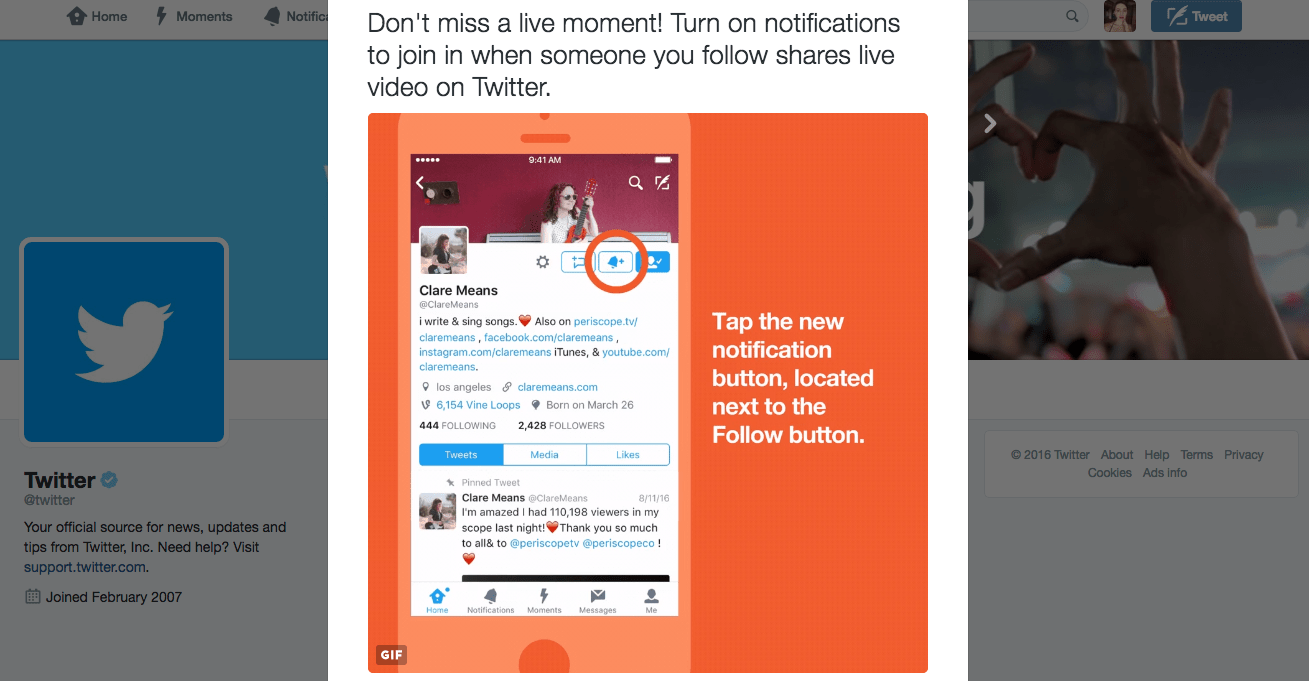 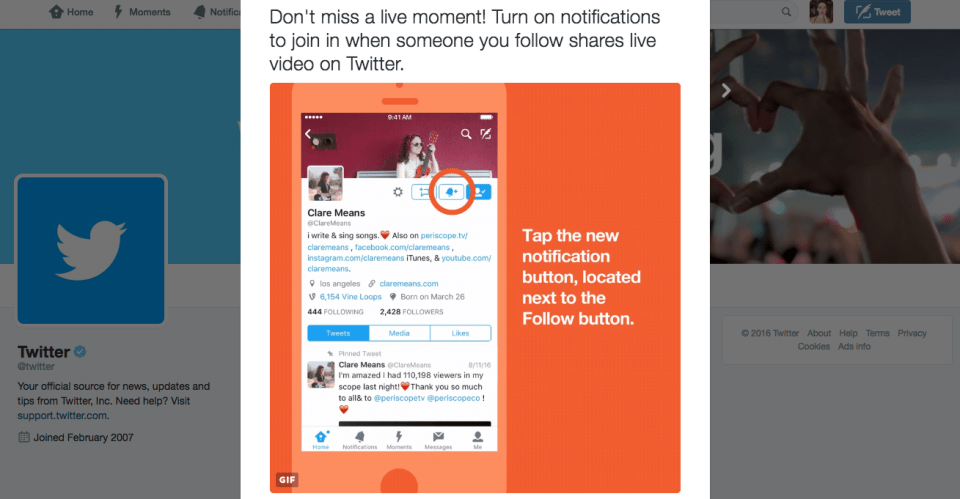 Twitter is all about live content on this fine Monday morning. First up, Twitter has added a new notification option that alerts users when someone they follow shares live video in a tweet. To enable the function on mobile, navigate to the page of someone you follow and tap the new notification icon next to the follow icon. Then select the final option, "Only tweets with live video," and you're all set. The next time that account goes live, a red alert bar will pop up along the bottom of your feed, allowing you to tap and start watching.

Don't miss a live moment! Turn on notifications to join in when someone you follow shares live video on Twitter. pic.twitter.com/dddk81GuCH

Second on Twitter's totally live Monday to-do list is a partnership with Cheddar, a news network that specializes in live technology and business coverage. Twitter has the live broadcasting rights to Cheddar's Opening Bell and Closing Bell shows, which are hosted daily from the trading floor of the New York Stock Exchange and NASDAQ MarketSite. Both shows break down the daily markets and business news, alongside interviews with CEOs and in-depth earnings coverage. Twitter will be the only place to watch these shows live for free.

"Twitter is the fastest way to find out what's happening in the world and to engage in the live conversation about it," Twitter CFO Anthony Noto says. "Partnering with Cheddar will give people on Twitter another way to watch and discuss the day's top stories as they unfold live all on one platform."

Excited to partner with Twitter on live video @anthonynoto pic.twitter.com/rVS8rtAEhX

Last week, Twitter rolled out an update that makes it harder to creep on your friends' live Periscope broadcasts and another that essentially turns DMs into a chat app.

In this article: business, cheddar, culture, internet, live, livestream, LiveVideo, mobile, news, NewYorkStockExchange, nyse, services, twitter
All products recommended by Engadget are selected by our editorial team, independent of our parent company. Some of our stories include affiliate links. If you buy something through one of these links, we may earn an affiliate commission.