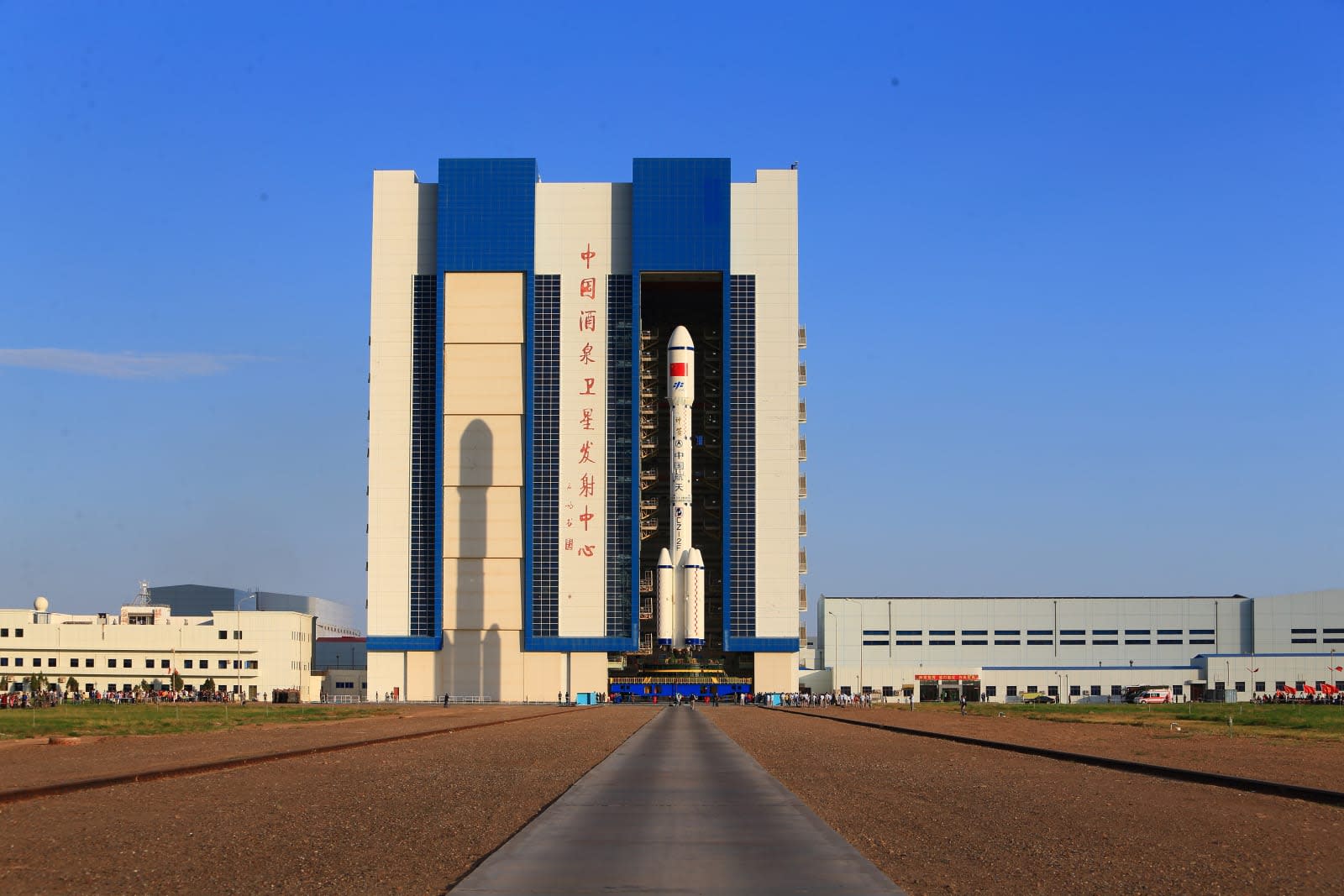 China's space program successfully completed its first round in a new phase of space exploration back in September 2011 when it launched the "Heavenly Palace" Tiangong-1 space laboratory. That was just the first stage in a plan to put a large-scale station up in orbit in the mid-2020s for extended astronaut missions rivaling those of the ISS. The next milestone will happen tomorrow when they launch Tiangong-2 into orbit, their second "Heavenly Palace" lab at 10:04 AM ET that will get a visit from a pair of Chinese taikonauts in four to six weeks.

A Long March 2-F rocket will launch from China's Jiuquan center in the Gobi Desert and carry the Tiangong-2 into orbit. A Shenzhou-11 spacecraft will ferry the taikonauts up for a monthlong stay on the lab. While aboard, they will perform experiments related to medicine, physics and biology, such as quantum key transmission, space atomic clocks and solar storm research, according to a press release. The Tiangong-2 will then get restocked by the country's first robotic resupply mission Tianzhou-1, "Heavenly Vessel," in 2017.

China hopes to get its full space station up in the next decade, which will be about 60 tons. That's far smaller than the 420-ton ISS, points out Ars Technica, but with that colossal station's fate uncertain after 2024, there might be a future where China's is the only one in the sky.

In this article: china, ChinaSpace, space, Tiangong2
All products recommended by Engadget are selected by our editorial team, independent of our parent company. Some of our stories include affiliate links. If you buy something through one of these links, we may earn an affiliate commission.