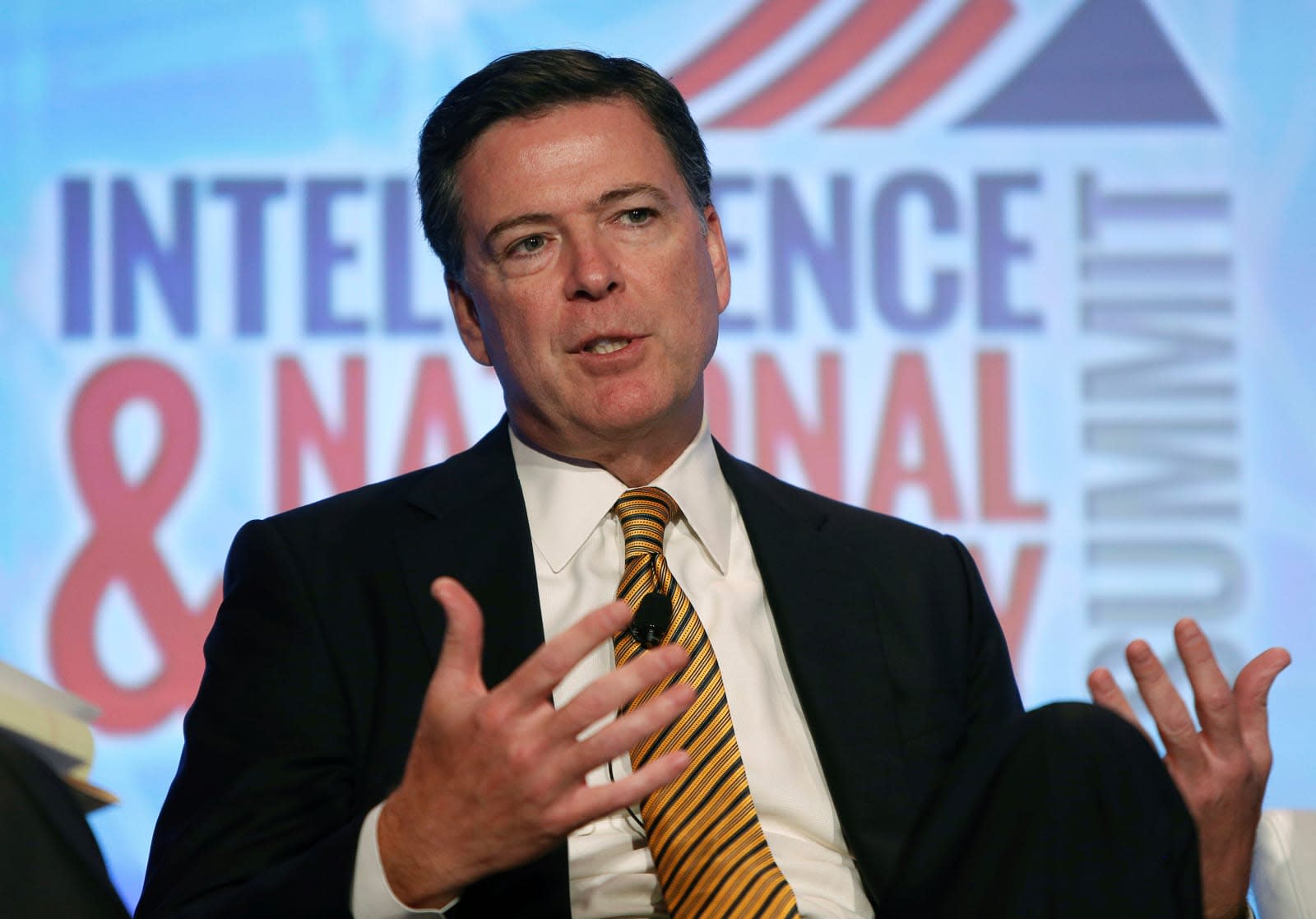 FBI director James Comey revealed during the Center for Strategic and International Studies conference that he knew he was mocked for admitting that he tapes over his webcam. But that didn't stop him from recommending that other people do the same. "There's some sensible things you should be doing, and that's one of them," he said at the event. He likened it to locking cars and doors at night, as well as setting up alarm systems for your own safety and security. He added: "You go into any government office and we all have the little camera things that sit on top of the screen. They all have a little lid that closes down on them. You do that so that people who don't have authority don't look at you. I think that's a good thing."

If hackers get a hold of your webcam, they can easily turn your life into a reality show without your consent. Back in 2014, someone put up a website that showed live feeds from people's CCTVs, baby monitors and webcams, while a hacker live streamed footage from people's computers on YouTube last year. In some instances, hackers use the victims' webcams to take sensitive photos, like what happened to Miss Teen USA 2013 Cassidy Wolf.

Despite the dangers of leaving webcams uncovered, Comey was still mocked online because, as The Hill noted, people find it funny that the FBI's head honcho takes extra care of his privacy. Some reference the agency's efforts to force Apple into unlocking the San Bernardino shooter's iPhone, in particular. If you'll recall, Apple didn't budge, and the feds had to pay a third party for a tool to unlock the device. Comey defended himself during his talk, however, telling attendees that "It's not crazy that the FBI director cares about personal security as well."

In this article: fbi, gear, jamescomey, privacy, security, webcam
All products recommended by Engadget are selected by our editorial team, independent of our parent company. Some of our stories include affiliate links. If you buy something through one of these links, we may earn an affiliate commission.