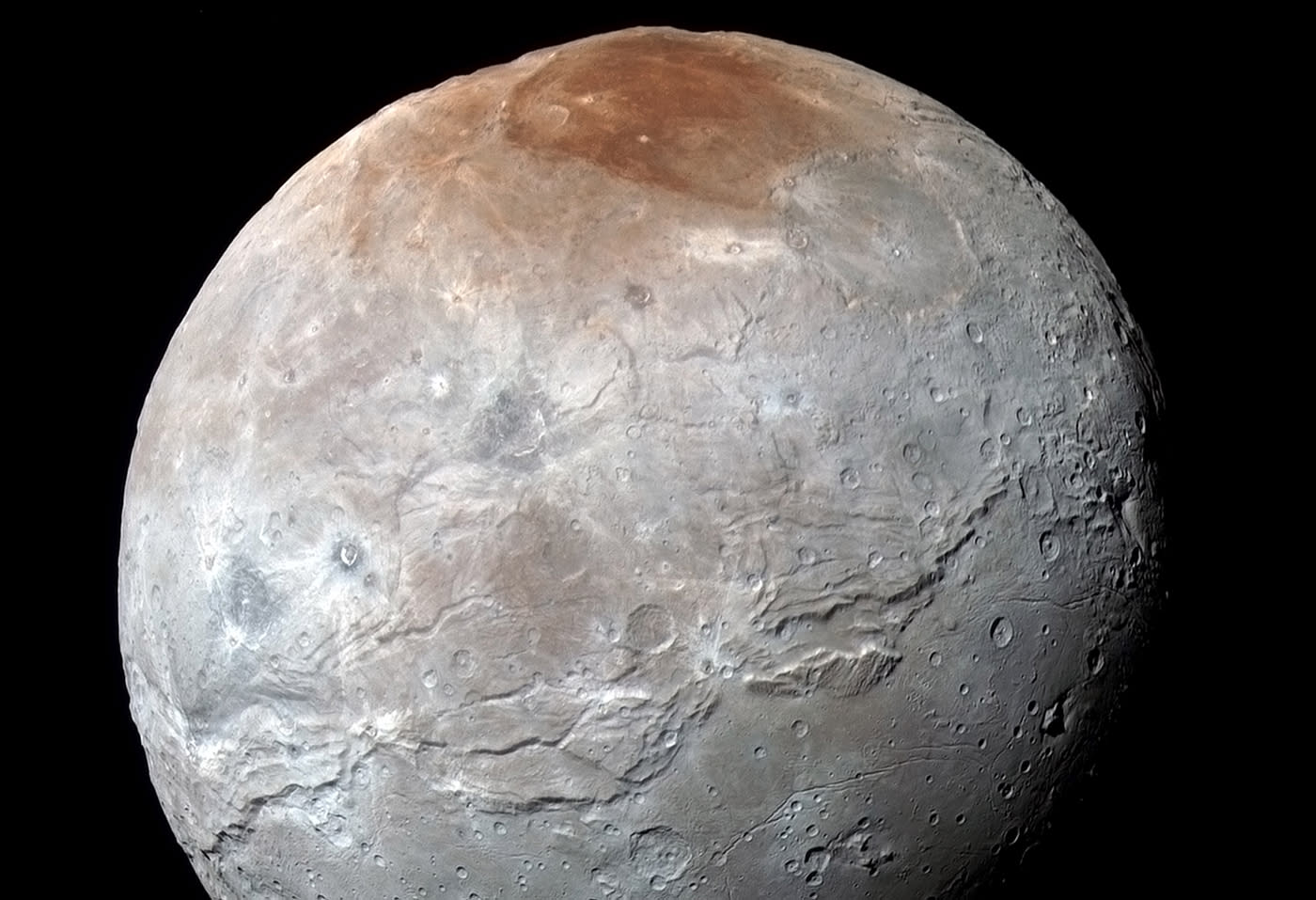 NASA's New Horizons spacecraft showed us a part of Charon we'd never seen before: a rusty red section crowning its polar region. It's an intriguing feature, something the mission's ground team hadn't seen before, so they spent the past year studying all the data and images the probe sent back. Now, they have their answer. The red cap is apparently the product of methane gas escaping the dwarf planet itself and freezing solid in the frigid pole. Team leader Will Grundy, likens Pluto to a "graffiti artist, spray-painting its companion with a reddish stain that covers an area the size of New Mexico."

While NASA scientists already suspected that methane gas was behind the curious coloring, it's only now that they've come up with the model to explain the process. See, Pluto has weak gravity that allows its atmosphere to escape, and the moon's gravity is strong enough to capture methane gas. It just so happens that the temperatures in Charon's pole can drop to as low as -430 Fahrenheit during wintertime, which can last for over a hundred years.

Methane itself has no color, but it transforms into a reddish organic material called "tholin" due to a process triggered by ultraviolet radiation. These tholins can stick to the pole even though it's no longer winter, making that area permanently red. The team now believes it's possible that other small planets in the Kuiper Belt with their own small moons could exhibit "atmospheric transfer features," as well. Of course, we won't know for sure until we see them, and if the New Horizons team is lucky, the spacecraft could find a similar moon in its exploration of the Kuiper Belt.

In this article: charon, methane, pluto, science, space
All products recommended by Engadget are selected by our editorial team, independent of our parent company. Some of our stories include affiliate links. If you buy something through one of these links, we may earn an affiliate commission.