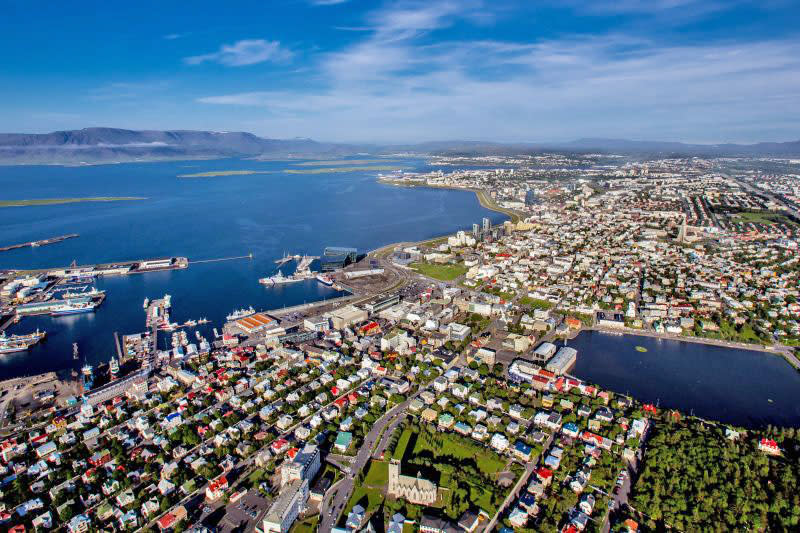 Iceland's capital city has announced a daring new plan to become carbon neutral by 2040, but to do it, it'll embrace ideas from the big playbook of sci-fi dystopias. Mayor Dagur B Eggertsson has put forward a plan that'll impose a restriction on building outside the city limits in order to reduce urban sprawl. Rather than build out and constantly expand the city, companies will be required to build up to create an ever-denser locale. At the same time, it'll ensure that all vehicles, both public and private, will run on green energy by 2040.

This push towards densification is in order to reduce the wasteful effects of personal transport, which is wildly less efficient than its public alternative. Right now, only four percent of the city's residents use the service, but there'll be a push to get that figure up to 12 percent by 2030. That's also the deadline for a dramatic increase in pedestrian and cycle traffic, up from 19 percent today to more than 30. Not only will that reduce air pollutants, it'll also ensure a healthier population that gets more exercise in their daily routine.

Reykjavik is better placed than many to meet these targets, since it already survives on a healthy diet of renewable energy. The city's electricity is generated at a series of hydroelectric plants while each home is heated by geothermal sources. Some sources peg Reykjavik's non-sustainable energy uses at 25 percent, which is used for cars, aircraft and fishing boats.

When we talk about increasing density in cities, it can often send your mind firing straight for some of the worst examples in sci-fi. Blade Runner's miles-high apartment blocks or Judge Dredd's megacities in which a tower becomes a city in-and-of itself. If handled, well, density is nothing to be afraid of, although many of the best examples of high-density living are also some of the worst adverts for it.

For instance, architecture student Vincent Ocasla managed to "beat" the game SimCity by creating an ultra-dense city of six million. Magnasanti is a triumph of city design on the macro level, and a totalitarian disaster for its residents. City-dwellers never have to travel further than their city block, eliminating the need for motor vehicle transportation. But there's also no green space, sickening air pollution, high unemployment and a life expectancy of just 50 -- the sick population being used to prevent rebellion.

That was just a video game, and not the example that any sane city planner would want to adopt, of course. It's not likely to become so hellish in an Icelandic city of just 120,000, but it's worth bearing in mind should anyone propose a similar plan for New York. At least unless some of that leftover space is used for inner-city gardens.

In this article: culture, green, Iceland, politics, science
All products recommended by Engadget are selected by our editorial team, independent of our parent company. Some of our stories include affiliate links. If you buy something through one of these links, we may earn an affiliate commission.