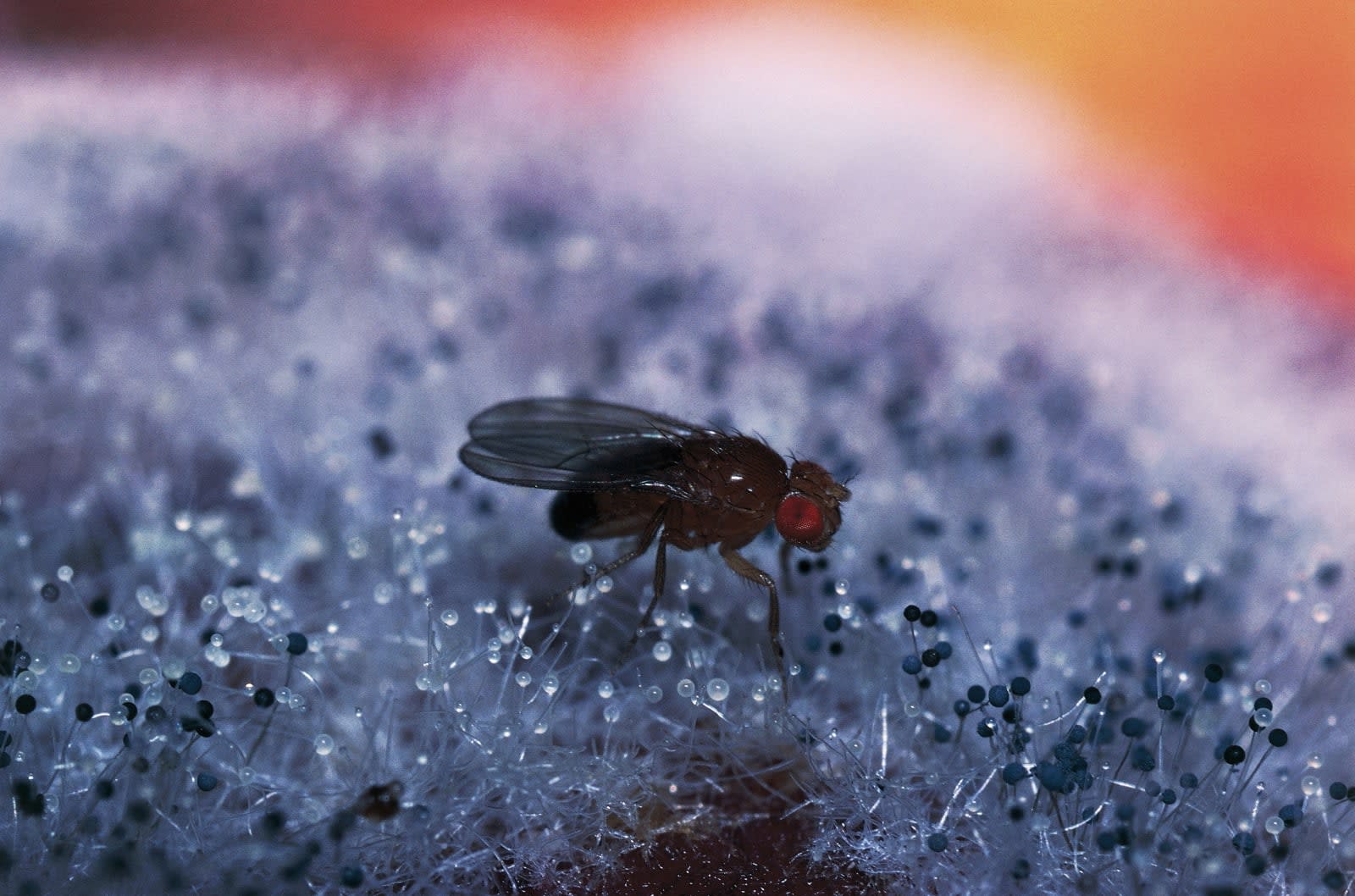 Sure, fully mapping the human brain is impressive, but think about it: our thinking muscle is pretty big. Not to be outdone by this week's advances from the Allen Institute, scientists from Japan's Tokai University have made a 3D model of the neurons in a fruit fly's brain. Think about that for a bit. Exactly; it's tiny. Okay, ready to read some more? Cool.

As MIT Technology Review tells it, the scientists had to "pickle a fly brain in silver dye, bombard it with x-rays and then measure the way the x-rays are scattered in various directions." The silver dye is the key here because when it's attacked with x-rays, it illustrates neural pathways. It's a process called x-ray tomography.

This, coupled with a computer model that estimates an atom's position, resulted in a model that displays 100,000 neurons and boasts a resolution of 600 nanometers. All told, it took some 1,700 hours to build.

Making a higher resolution model, according to MIT, would be "prohibitively expensive in terms of human workload," though. Maybe picking a bigger brain would make things a little bit easier.

In this article: 3dmodel, fruitfly, internet, japan, neuron, science, TokaiUniversity, xraytomography
All products recommended by Engadget are selected by our editorial team, independent of our parent company. Some of our stories include affiliate links. If you buy something through one of these links, we may earn an affiliate commission.