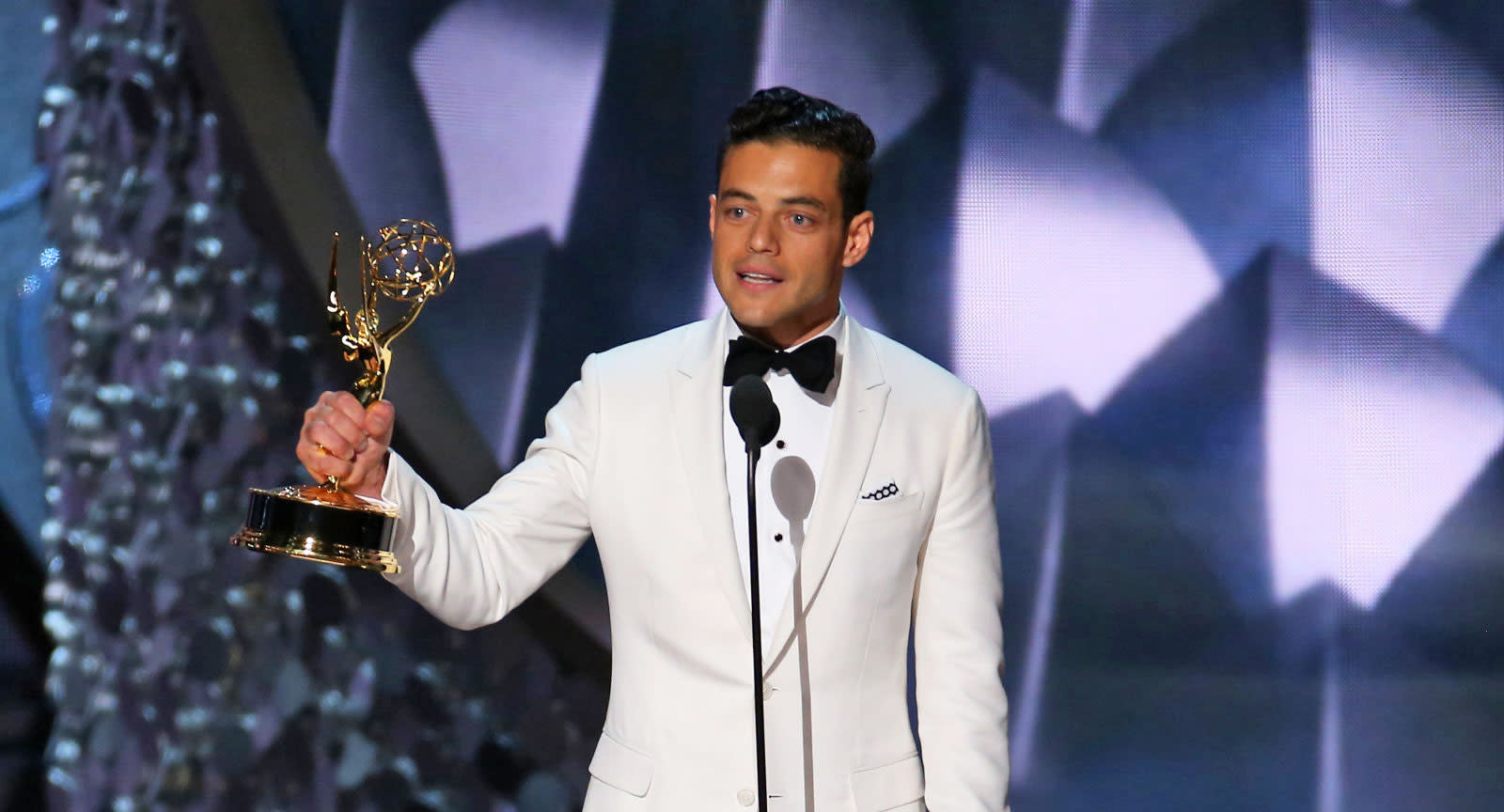 The USA series Mr. Robot has more than just surprisingly realistic hacking scenes, as it now can claim an Emmy win. Series star Rami Malek snagged the Outstanding Lead Actor in a Drama Series award tonight, beating out Kevin Spacey, Bob Odenkirk and others. After double checking to make sure we were all seeing this too (good call), Malek said he wanted to "honor the Elliots...because there's a little bit of Elliot in all of us." The show's season finale airs Wednesday night, and if the breakdown of its hacking scenes hasn't turned you into a fan yet, take a look at our interviews with show creator Sam Esmail.

Other notable winners include Tatiana Maslany's Lead Actress in a Drama win for her multiple Orphan Black characters (14 at last count), a writing award for Aziz Ansari's Master of None Netflix series, and a pair of Emmys for Amazon Prime's Transparent. The complete list of nominees and winners is available here.

One person can change the world.@ItsRamiMalek has won the Emmy Award for Outstanding Lead Actor. #MrRobot pic.twitter.com/CvHJrHw8G5

CONGRATULATIONS to @TatianaMaslany for her Emmy WIN! It's been a long time coming! #OrphanBlack pic.twitter.com/83PNl1bgW9

In this article: art, emmys, entertainment, MasterofNone, MrRobot, OrphanBlack, RamiMalek, SamEsmail, Transparent, USANetwork
All products recommended by Engadget are selected by our editorial team, independent of our parent company. Some of our stories include affiliate links. If you buy something through one of these links, we may earn an affiliate commission.