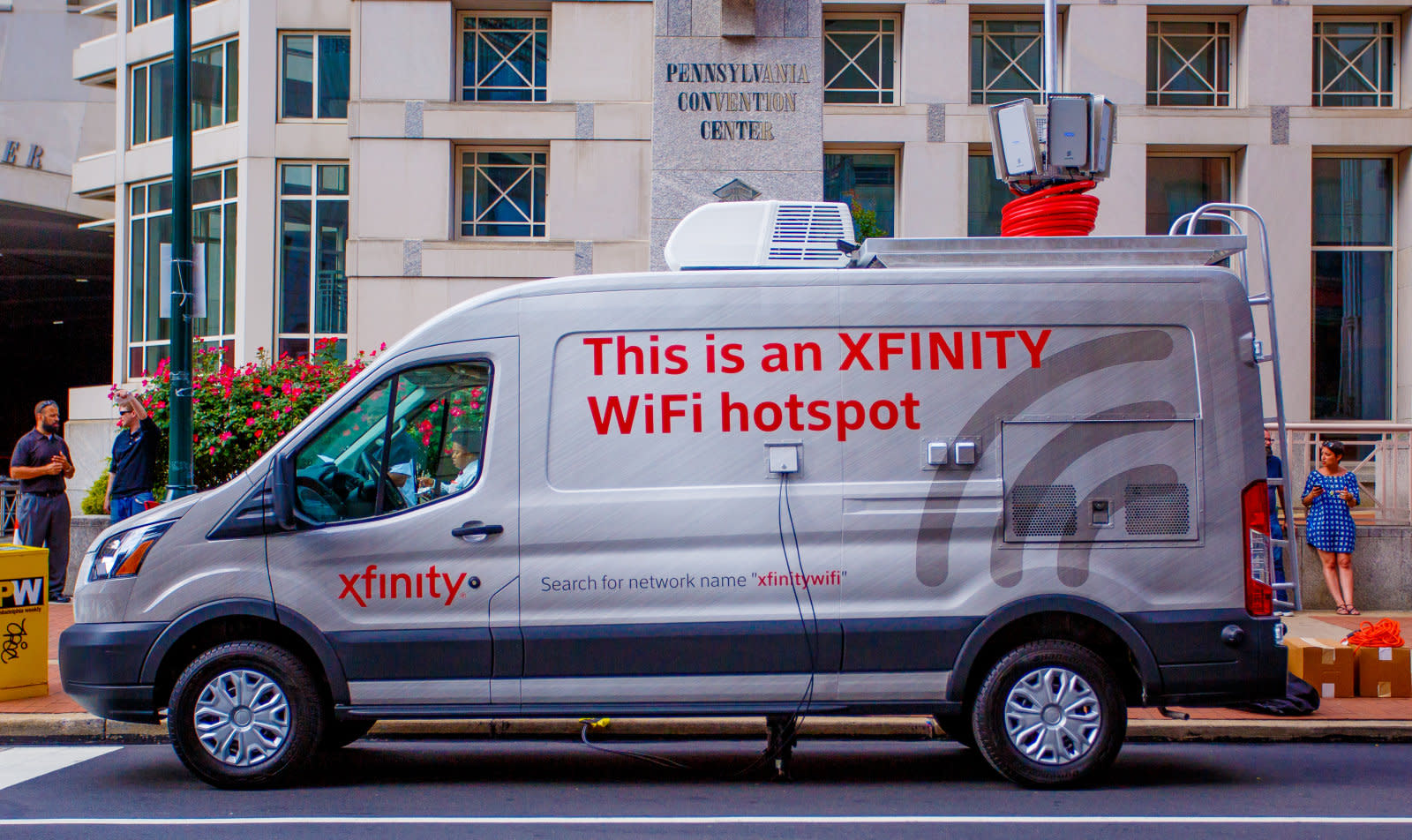 Rumors have suggested a WiFi-powered wireless service from Comcast for years, and today at a Goldman Sachs event its CEO confirmed the move. Brian Roberts said that by mid-2017 Comcast will launch a wireless offering that combines access to hotspots with Verizon service, which is apparently based on access included in a 2011 spectrum deal. Although he said it was too early to give much detail, the revelation came just after Roberts demonstrated Netflix on a Comcast X1 set-top box for the first time, so apparently, it's just that kind of day.

In New York City Cablevision launched a WiFi-powered wireless service last year, although we haven't heard much about Freewheel since. Verizon exec Fran Shammo said late last year that the company had been informed cable companies would execute on their 2011 MVNO agreement. Until we hear more from Comcast, his comment on the Q3 2015 earnings call may provide a little extra information.

In this article: BrianRoberts, Comcast, gear, mobile, MVNO, services, spectrum, Verizon, WiFi, wireless
All products recommended by Engadget are selected by our editorial team, independent of our parent company. Some of our stories include affiliate links. If you buy something through one of these links, we may earn an affiliate commission.