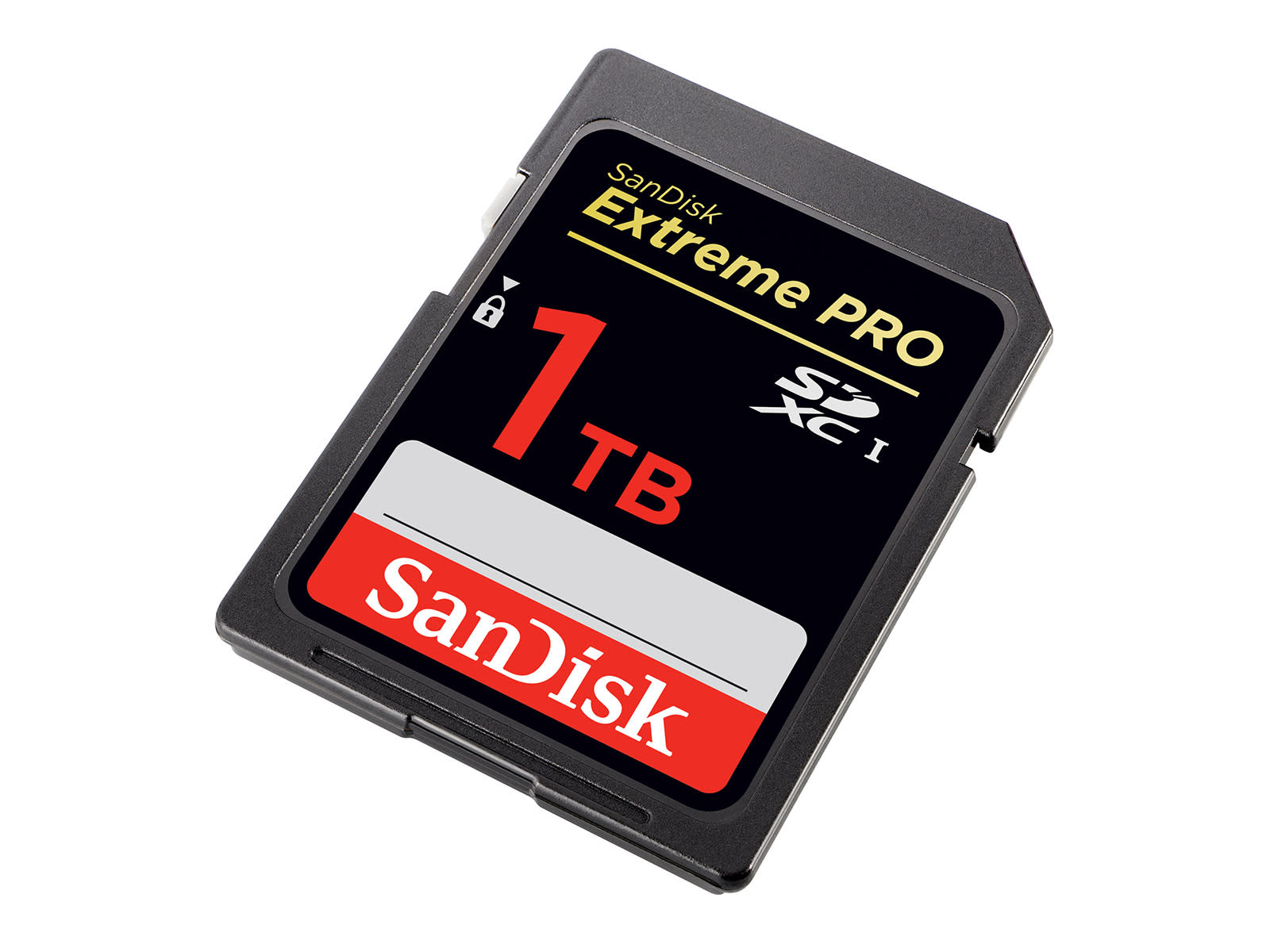 If you handle a lot of 4K video, you'll know that most available SD cards will struggle to handle all of your high-quality footage. The two-year old SanDisk 512GB SD card might take the edge off somewhat, but that isn't all that Western Digital, owner of the SanDisk brand, has got to offer. Today, the storage giant unveiled what it calls the "world's first" 1TB SD card. It's only a prototype, but already the company is touting the card's ability to adequately handle 4K, 8K, VR and 360-degree video when it officially becomes available.

Western Digital hasn't shared read or write speeds, probably because they're not going to be amazing on such a high capacity card, especially when it's in the prototype stage. Pricing is likely to be pretty high, though, given that the 512GB option will set you back more than $300/£300. However, videographers may be willing to swallow that cost because they, as the company says, don't want "the interruption of changing cards." Or, you know, you could just buy one to back up every device you own.

Sixteen years ago, SanDisk unveiled its first 64 megabyte SD card. Soon we'll be able to store 1 terabyte. The card itself is pretty small, but somehow memory card makers are managing to cram even more storage into the familiar form factor.

In this article: 1TB, 4K resolution, cameras, gadgetry, gadgets, gear, mobile, SanDisk, SD, sdcard, terabyte, WD, Western Digital, westerndigital
All products recommended by Engadget are selected by our editorial team, independent of our parent company. Some of our stories include affiliate links. If you buy something through one of these links, we may earn an affiliate commission.