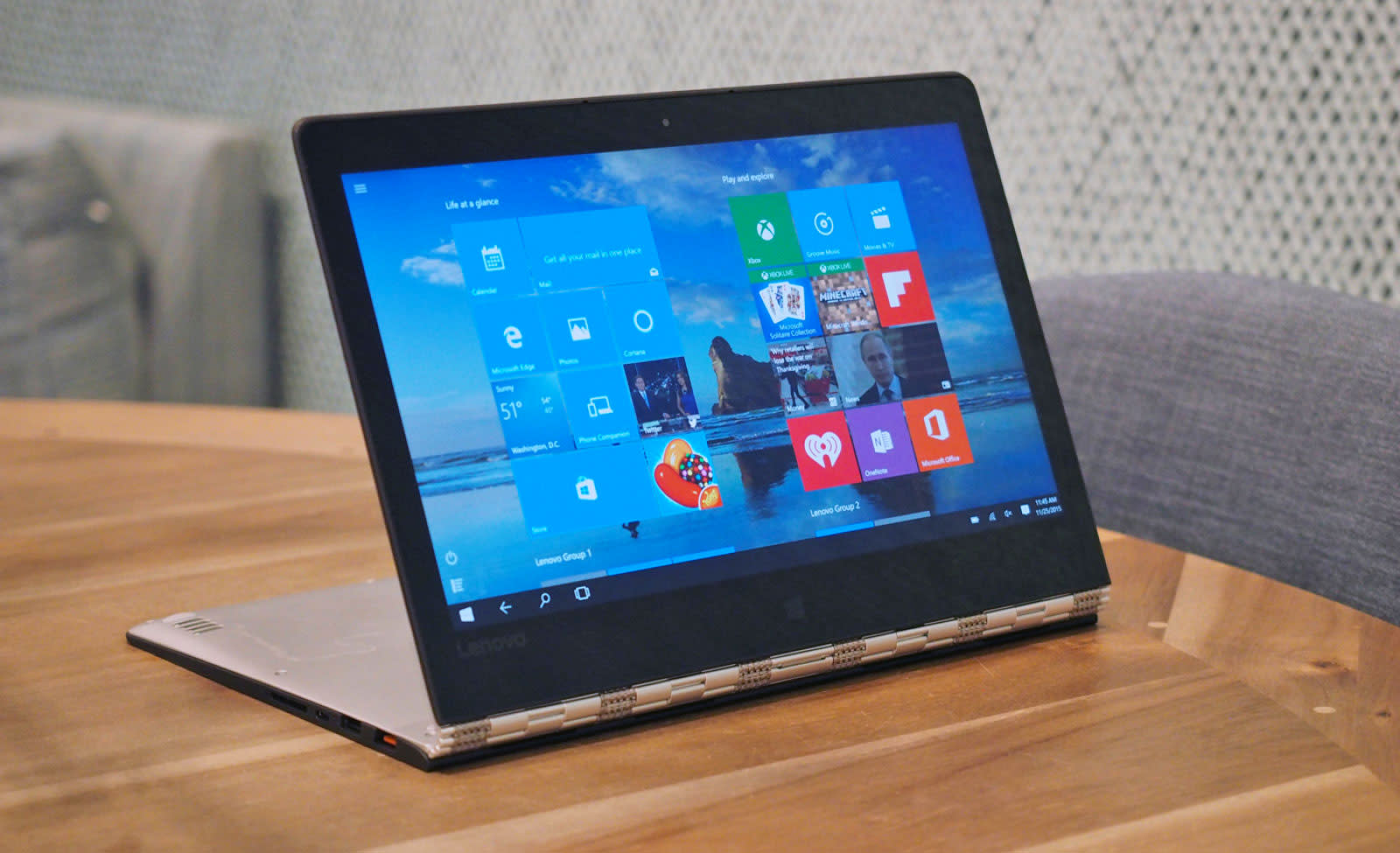 Lenovo just can't seem to avoid troubles with its PC firmware. Linux users are worried that some of Lenovo's PCs, such as variants of the Yoga 710 and Yoga 900, aren't allowing them to install their preferred operating system. They note that the systems' solid-state drives use a RAID mode that Linux doesn't understand. That's unpleasant enough, but Lenovo's initial handling of complaints didn't help. Its staff locked support forum threads discussing the topic, and a Lenovo Product Expert on Best Buy claims that a Yoga 900's use of a pure, Signature Edition take on Windows 10 Home meant that it was "locked per our agreement with Microsoft." If that was true, it'd be pretty damning -- it'd suggest that at least some Signature Edition systems are purposefully set up to exclude non-Windows platforms.

But are they? Not so fast. In both a subsequent Best Buy comment and a statement to The Register, Lenovo says it "does not intentionally block" Linux or other operating systems on its computers. Linux compatibility is a matter of updating the OS kernel and drivers to recognize the SSD RAID configuration, the company says. This won't be much comfort if you really, really want to run Ubuntu on your convertible PC, but it at least suggests that Lenovo isn't trying to ruin your day.

We've asked both Lenovo and Microsoft for further takes on the situation, including whether or not there's anything in the Signature Edition program that would make PC vendors clamp down. In response, Lenovo elaborated on its position in a new statement (below): it says the Yoga line demands "very specific, complex and unique drivers," and not just the storage controller. Other features "would likely not work" with Linux, too. We'll let you know if Microsoft has something to add about Signature Edition PCs, but it doesn't look like any of its policies would change the reality for Lenovo buyers.

"As the world's number 1 PC company, we continue to focus on bringing value to the PC user, and creating unique and innovative form factors such as Yoga. Our consumer Windows PCs are specifically designed for and extensively tested on Windows 10. Yoga 900 / 900S with their 360 degree hinges are specifically designed to maximise the touch functionality of Windows 10. Our Yoga design requires very specific, complex and unique drivers that require even greater amounts of testing, to ensure class-leading performance with Windows 10. To support our Yoga products and our industry-leading 360-hinge design in the best way possible we have used a storage controller mode that is unfortunately not supported by Linux and as a result, does not allow Linux to be installed. Beyond the controller setup limitation, other advanced capabilities of the Yoga design would likely not work with current Linux offerings.

"Lenovo does not intentionally block customers using other operating systems such as Linux on Yoga or any of its devices and is fully committed to providing Linux certifications and installation guidance on a wide range of suitable products. These products are listed on our support page:

Update: Microsoft has gotten in touch and flatly denies that its Signature program prevents Linux installs. It also echoes Lenovo's stance on hardware support. You can read its statement below.

In this article: computer, firmware, gear, laptop, lenovo, linux, opensource, pc, personal computing, personalcomputing, yoga710, yoga900
All products recommended by Engadget are selected by our editorial team, independent of our parent company. Some of our stories include affiliate links. If you buy something through one of these links, we may earn an affiliate commission.