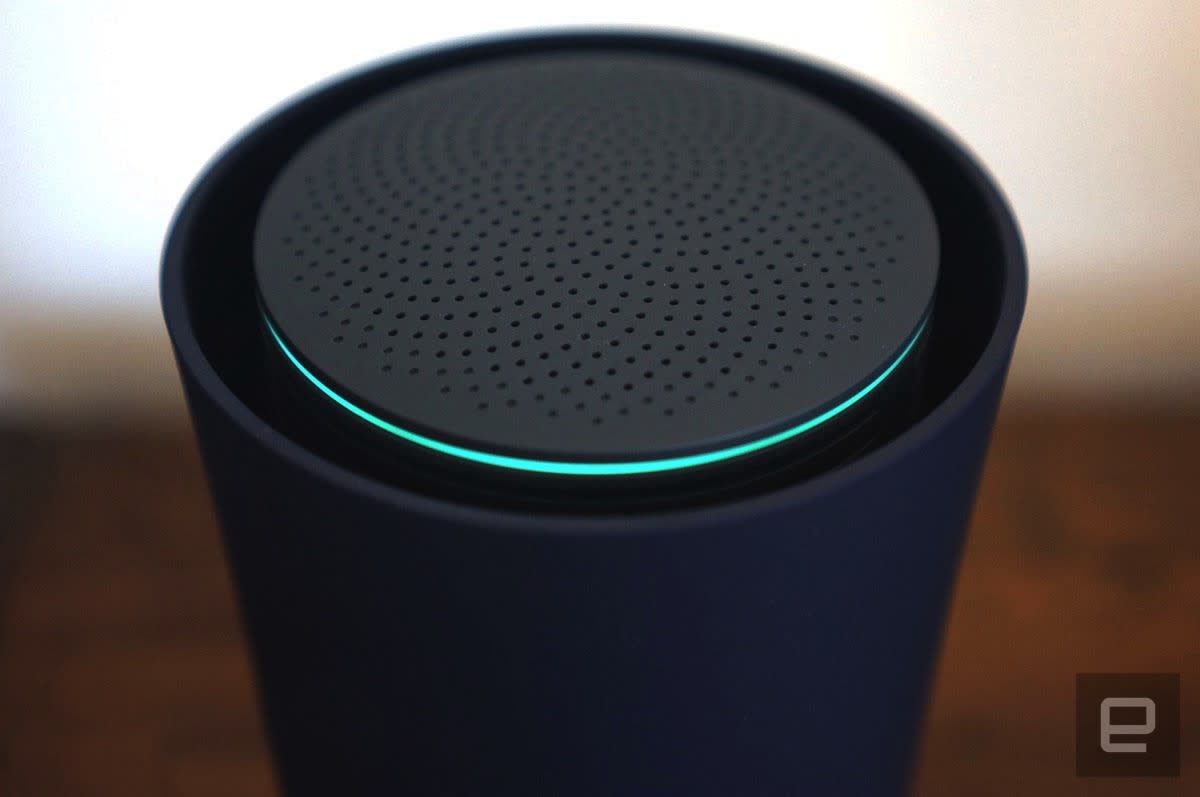 We're less than two weeks away from Google's big fall event in San Francisco, and we already have a good idea of what to expect -- Pixel-branded smartphones, maybe Google Home, maybe a 4K-capable Chromecast. Android Police is offering up a new potential bit of hardware we haven't heard about yet: a new router called Google WiFi.

If you're keeping track at home, yes, Google already does have its own line of branded routers. The OnHub line launched late last summer as a router that's simple to control with your smartphone and good looks that'll make you want to place it prominently in your home. However, both of the two OnHub-branded routers were built by third party manufacturers (TP-Link and Asus).

This new Google WiFi router would be presumably built in-house, like the rest of the hardware that Google is set to introduced in October. Additionally, Android Police says that buying multiple routers (they are rumored to cost $129 a pop) would link together to create a mesh network, a nice feature for larger dwelling that are hard to blanket with WiFi signals.

It sounds like this router would be relatively small and unobtrusive as well, comparable in stature to Amazon's Echo Dot. That means it would likely omit features like multiple Ethernet ports. The router is also rumored to have "smart" features, similar to what we see in the OnHub series. What those features will be remains to be seen, but the OnHub series works with Philips Hue lighting and IFTTT -- not to mention its own excellent iOS and Android app for managing various settings.

This still seems like a strange pursuit with Google having launched OnHub last year, but on the other hand the company seems more and more keen these days to offer its own first-party hardware as much as it can. We'll know if Google WiFi is for real in less than two weeks.

In this article: gear, google, home, internet, MadeByGoogle, router, wifi
All products recommended by Engadget are selected by our editorial team, independent of our parent company. Some of our stories include affiliate links. If you buy something through one of these links, we may earn an affiliate commission.