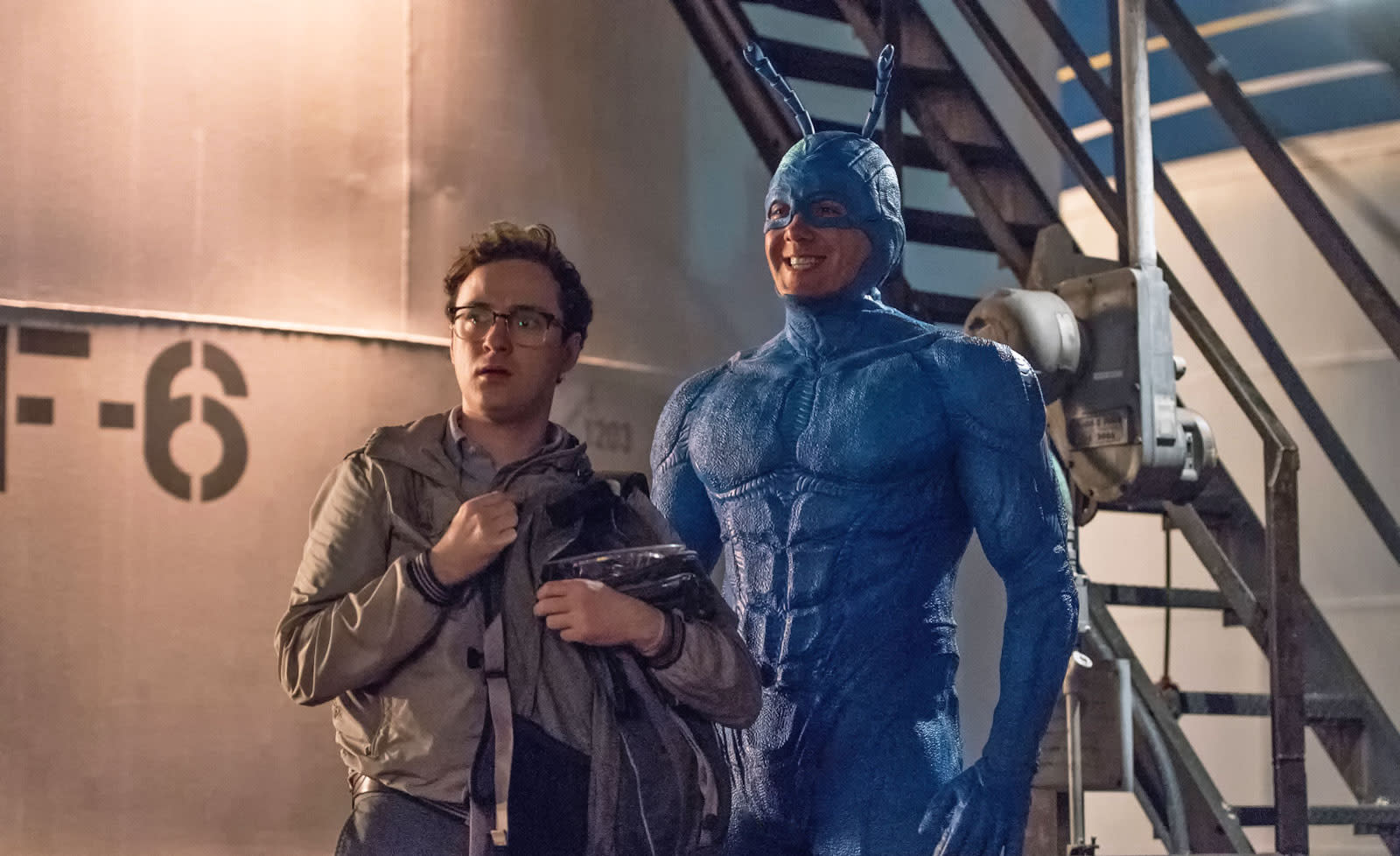 It's the time of year when Amazon's video division announces what new shows will make the cut and get a full series order. Today, we learned with great joy that The Tick is among Amazon's new shows, alongside I Love Dick and Jean-Claude Van Johnson. As in typical Amazon fashion, pilots for the shows were shown off in advance and fans could vote on the ones that would become full-fledged shows (they could even view a few pilots on Twitch this year). Now that the roster has been finalized, the shows are set to debut in 2017.

In case you've somehow never heard of it before, The Tick is a superhero spoof that's shown up in many forms over the last 30 years. The most recent live adaptation was a short-lived 2001 series on Fox. I Love Dick is based on a "renowned feminist novel" by Chris Kraus; the pilot starred Transparent's Kathryn Hahn, Griffin Dunne (Dallas Buyers Club) and Kevin Bacon. Lastly, Jean-Claude Van Johnson stars... well, Jean-Claude Van Damme playing a parody version of himself that's one part action movie actor and one part undercover private contractor.

If you want to sample the shows, you can still do so here. Resident media addict Devindra Hardawar vouched for all three pilots, saying they were all worth watching -- so if the shows end up being lousy, you know who to talk to.

In this article: amazon, amazonoriginals, av, entertainment, ilovedick, jeanclaudevanjohnson, thetick
All products recommended by Engadget are selected by our editorial team, independent of our parent company. Some of our stories include affiliate links. If you buy something through one of these links, we may earn an affiliate commission.