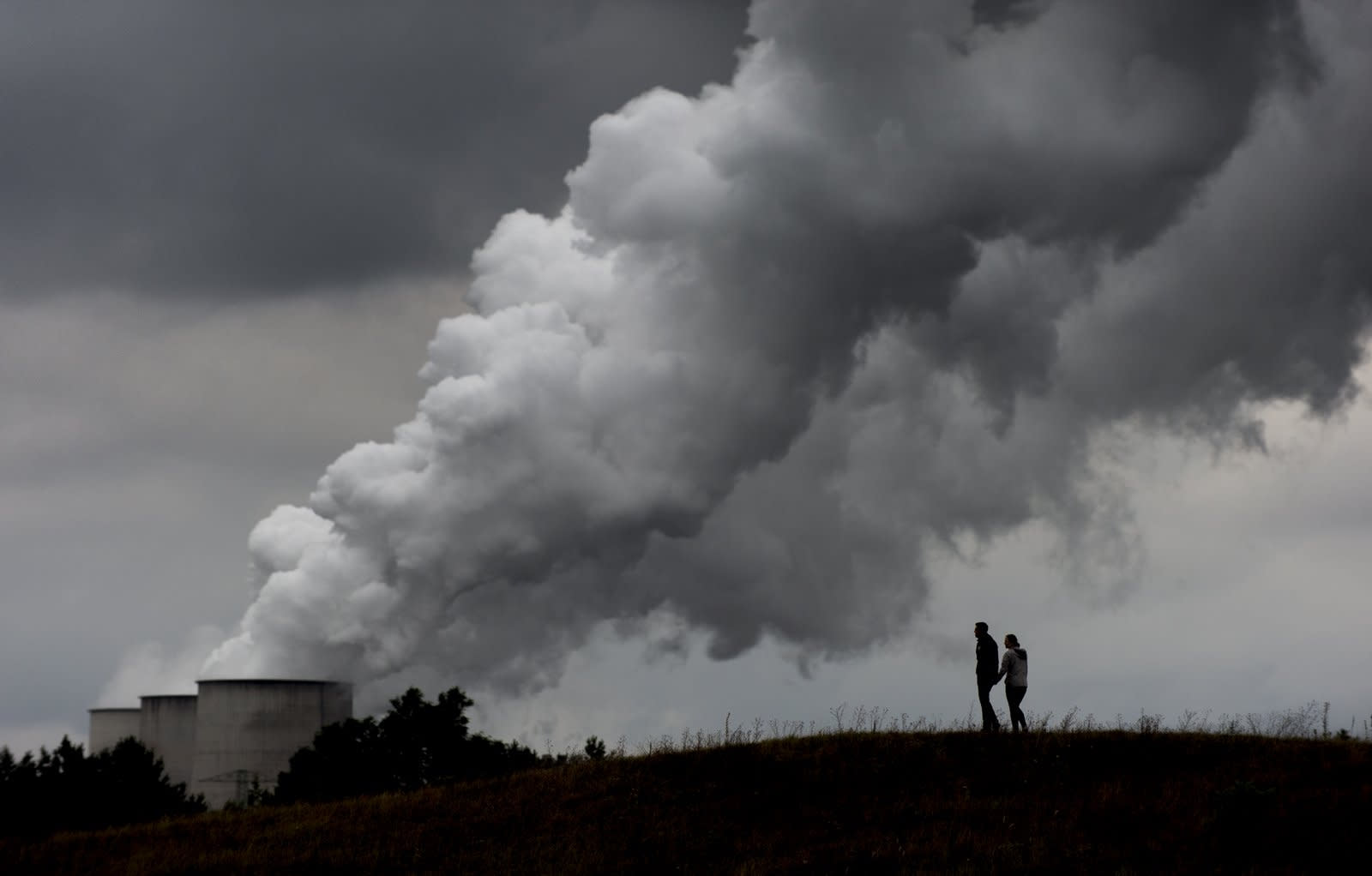 Despite the fact that September is typically the lowest month for atmospheric carbon dioxide, the CO2 levels in Earth's atmosphere crossed the symbolic 400 parts per million threshold this month. According to climate scientists, it is extremely unlikely that the planet will ever drop below those levels again in our lifetimes.

As we know, the CO2 levels have been steadily rising since the industrial revolution, but the last time the Earth saw consistent levels this high was three to five million years ago. While it's true that El Niño's warming effect is mostly responsible for the current highs measured at the Mauna Loa Observatory in Hawaii, it should be noted that that human emissions have shot up by 25% since the last El Niño in 1997 and 1998. "So, it's the natural effect on top of the increasing human effect," Professor Richard Betts of the UK's Met Office told the BBC in June.

Although there may be brief dips slightly in the near future, Ralph Keeling, who monitors C02 levels at the Scripps Institute for Oceanography, explained "it already seems safe to conclude that we won't be seeing a monthly value below 400ppm this year -- or ever again for the indefinite future." NASA's chief climate scientist Gavin Schmidt also confirmed that sentiment in an email to Climate Central, saying that in a best-case scenario where humans stopped pumping CO2 into the atmosphere today, the levels wouldn't start to drop for at least a decade or more. "In my opinion," Schmidt wrote, "we won't ever see a month below 400ppm."

This news is certainly depressing on its face, but it should serve as a warning for leaders in the industrialized world to do more to reduce their carbon emissions. And, for people in the United States, to get serious about the country's commitment to fighting climate change.

In this article: atmosphericco2, CarbonEmissions, climatechange, Co2Emissions, green, science, TL16HOTHOT
All products recommended by Engadget are selected by our editorial team, independent of our parent company. Some of our stories include affiliate links. If you buy something through one of these links, we may earn an affiliate commission.