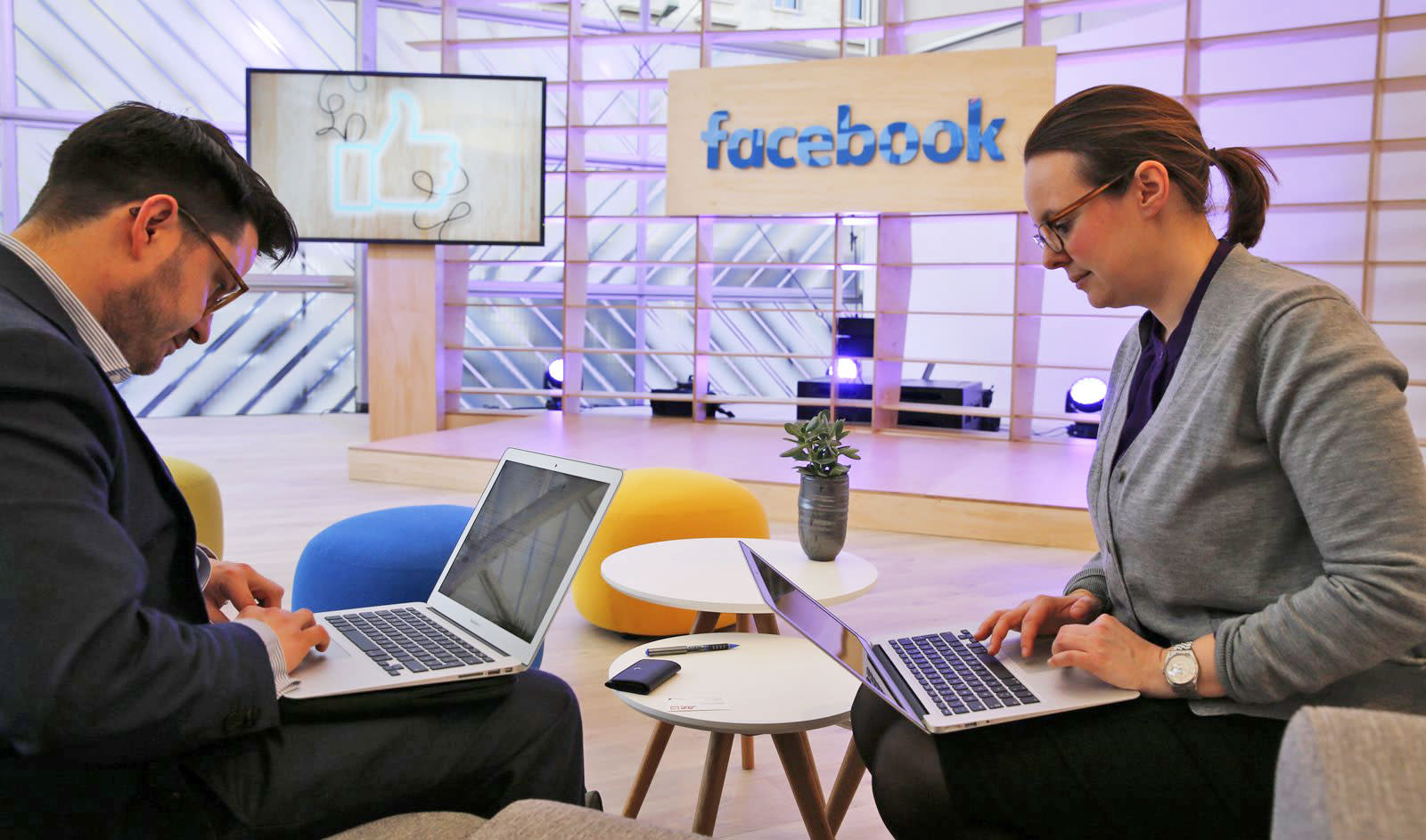 With nearly two years of development and 450 companies already on board, Facebook at Work is gearing up for a commercial launch of its in-house social network and communications platform for companies. According to a report from The Information, the service will launch next month and the social network will charge a set monthly fee per active user.

Although Facebook hasn't disclosed how much that will cost exactly, several people briefed on the launch say companies of any size will be able to sign up for Facebook at Work through the social network's main site. Companies will also have a few months to try out the service before getting charged. With 5.25 million users already using the service, the executives in Menlo Park are hoping Facebook at Work will provide a much more steady revenue stream than the advertisements in the core product.

As we've seen during the trial run, Facebook at Work uses familiar communication tools like the News Feed, Groups, Events and a dedicated Messenger app, all powered by the same algorithm as Facebook itself, except dedicated to the chatter within your company rather than your friends and the general public. One interesting -- and potentially dystopian -- twist the company has reportedly been pitching alongside the Facebook at Work product is the potential to use artificial intelligence to determine employee sentiment. In other words, Facebook at Work will be able to learn how employees feel about topics within the company, so be careful what you say about the boss in those backchannel messages.

In this article: culture, employeesentiment, facebook, facebookatwork, internet, services, slack, SocialNetworking, yammer
All products recommended by Engadget are selected by our editorial team, independent of our parent company. Some of our stories include affiliate links. If you buy something through one of these links, we may earn an affiliate commission.