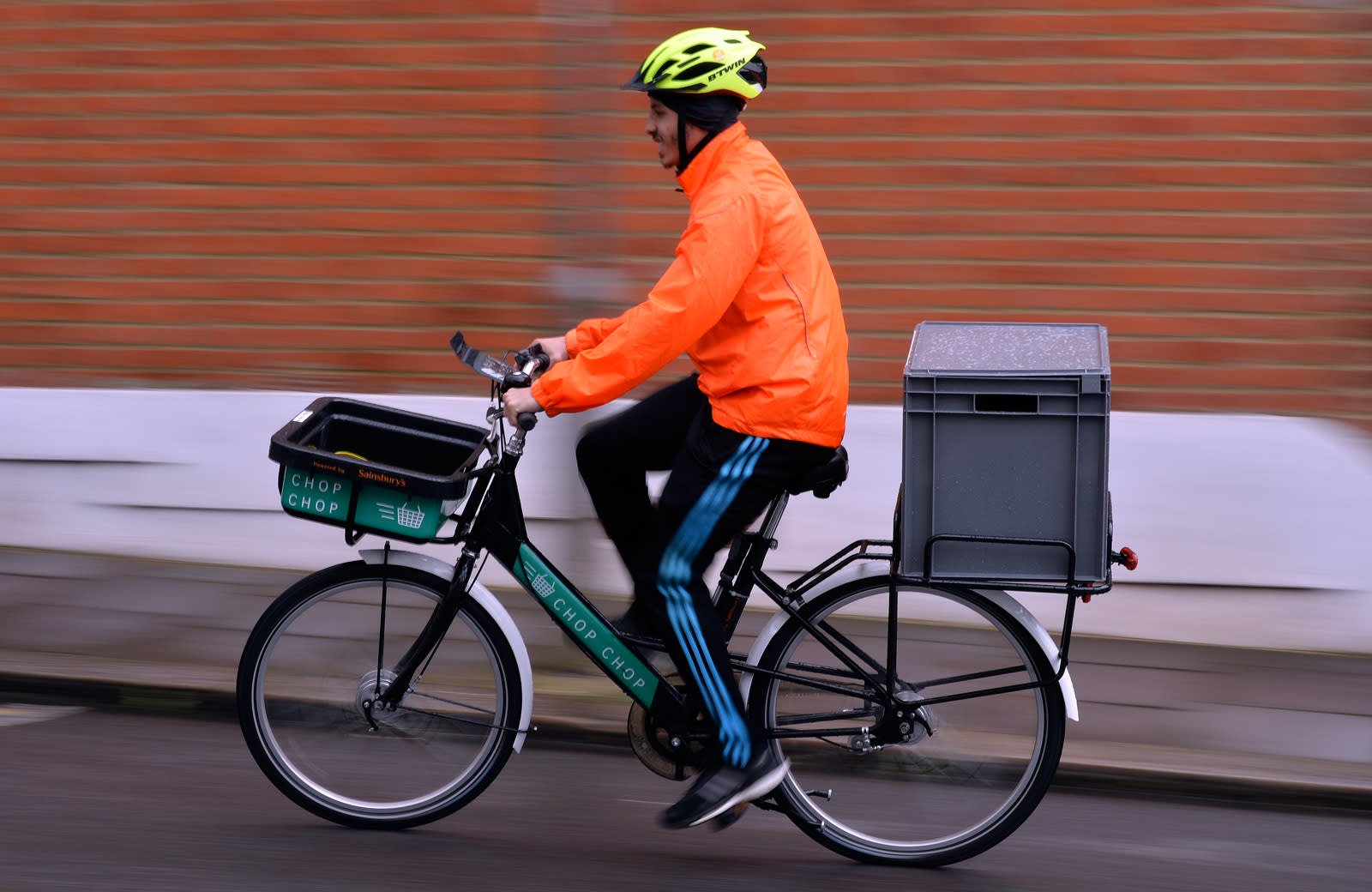 Sainsbury's will begin quietly bowing out of the digital entertainment game next month, shutting down its video streaming service and music, e-book and magazine stores. But while the supermarket is admitting defeat in one area, it's doubling efforts in another. Having trialed one-hour grocery deliveries in Wandsworth over the past few months, as of tomorrow Sainsbury's is expanding the service to cover a much larger area of London, spanning Wimbledon to the West End. For a £4.99 fee, customers can order up to 20 items for delivery within one hour through the Chop Chop iOS app, built in-house by the Sainsbury's digital team. This compliments the same-day delivery option Sainsbury's already offers in certain parts of London for online orders. Combined, these make the supermarket one of the most convenient destinations for last-minute grocery shops, but it's not really Ocado Sainsbury's is competing against. It's Amazon.

Between Amazon's same-day Fresh service and Prime Now one-hour deliveries, the online retailer's flair for logistics is not to be underestimated. But knowing convenience is king, Sainsbury's is happy to play Amazon at its own game. The supermarket recently completed its acquisition of Argos' owner, Home Retail Group, and swiftly announced more miniature Argos locations would be set up inside Sainsbury's stores before the Christmas rush. While these are retail outlets in their own right, they are also strategic click-and-collect points.

Argos also has non-perishable deliveries covered with its unmatched, nationwide same-day service. As far as groceries are concerned, though, tomorrow's Chop Chop expansion doesn't fully pull the service out of the trial stages. Sainsbury's tells us there are no concrete plans as to where it might be available next -- those decisions be will made when the supermarket has had a chance to review demand for one-hour deliveries in these new areas.

In this article: amazon, chopchop, culture, deliveries, food and drink, food-and-drink, foodanddrink, gear, home, mobile, Sainsburys, supermarket
All products recommended by Engadget are selected by our editorial team, independent of our parent company. Some of our stories include affiliate links. If you buy something through one of these links, we may earn an affiliate commission.