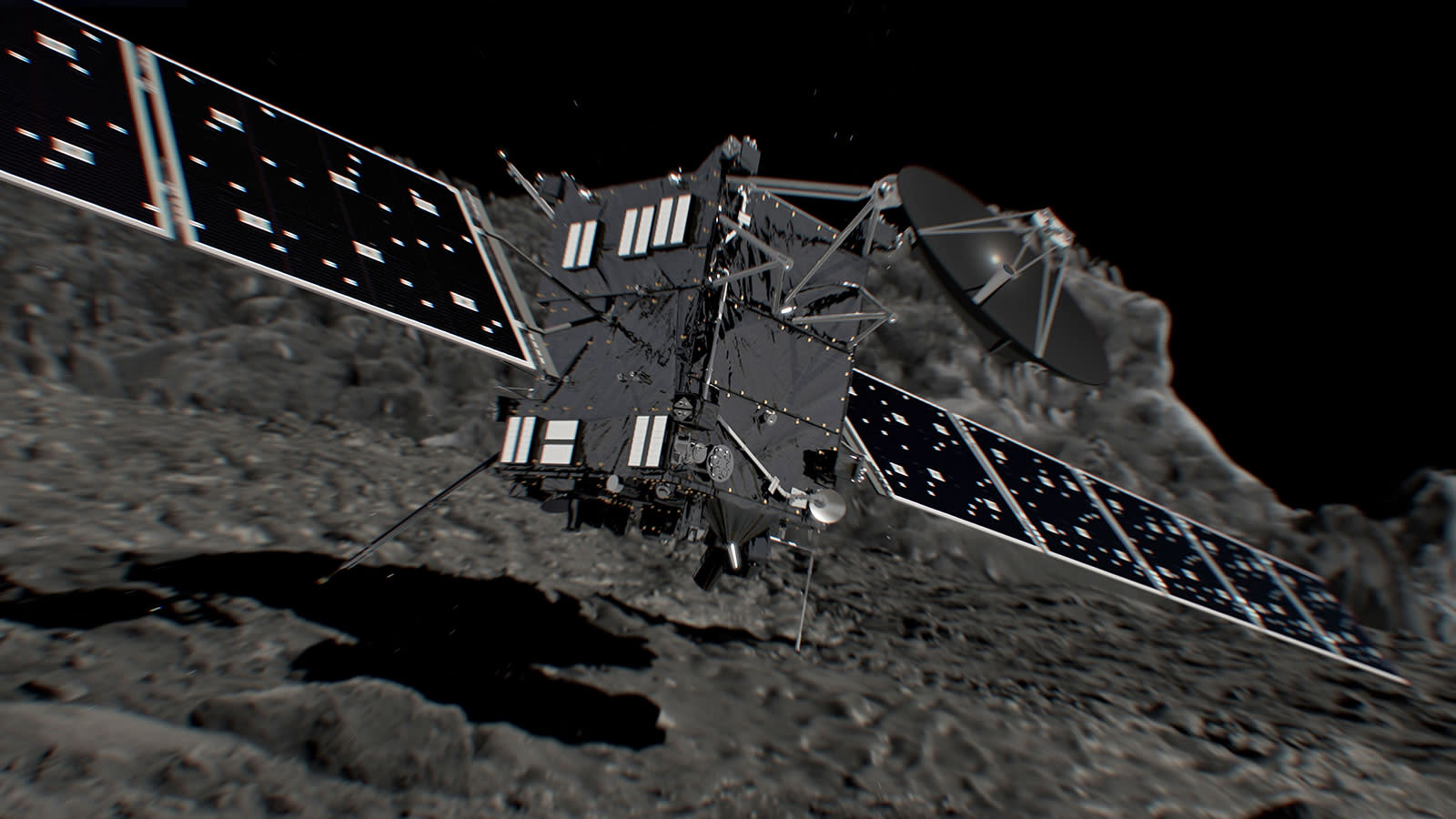 On September 30th, the European Space Agency's (ESA) Rosetta probe will cap off its 12-year career surveying Comet 67P (aka Churyumov-Gerasimenko) by slowly descending to its surface. There the spacecraft will join its lander Philae, given up for lost and recently re-found, before losing all power upon landing. You can watch Rosetta's last dance with its comet partner on NASA TV and elsewhere online, both broadcasting the probe's end with analysis and commentary on Friday from 6:15 AM until 8 AM ET.

Rosetta began its mission in 2004 and finally arrived at Comet 67P on August 6, 2014, becoming the first probe to meet up with and trundle alongside a comet as it hurtled around the sun. But as the pair sped on an outward path away from Earth, scientists knew that eventually the light gathered by the craft's solar panels would be too dim to power the heaters that ensure its survival.

Thus, the mission directors planned a final rendezvous between comet and probe, where Rosetta will send Earth one last gift before it shuts off for good: A slew of once-in-a-lifetime photographs and measurements of 67P as it descends to its surface. If you're waiting until the probe begins its final approach, tune in at 7:20 AM ET on Friday, when the old workhorse counts down to its final sign-off.

In this article: comet, comet67p, philae, Rosetta, science, space
All products recommended by Engadget are selected by our editorial team, independent of our parent company. Some of our stories include affiliate links. If you buy something through one of these links, we may earn an affiliate commission.