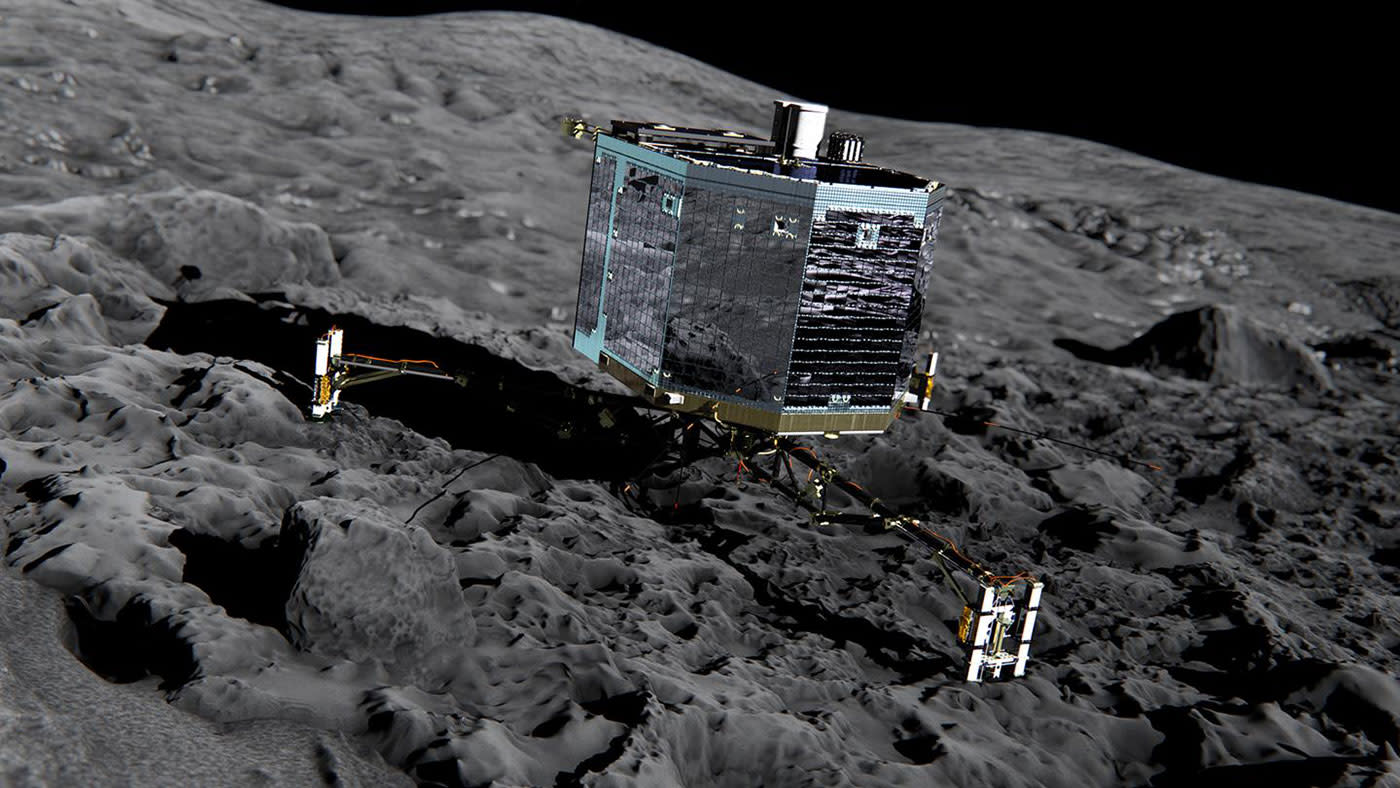 The mostly quiet Philae comet lander appears to be silent for good. German space agency DLR announced today that it would no longer attempt to send commands to the unit. "Unfortunately, the probability of Philae re-establishing contact with our team at the DLR Lander Control Center is almost zero... it would be very surprising if we received a signal now," said project manager Stephan Ulamec. The news isn't too unexpected as the German Aerospace Center revealed last month that the latest attempts to revive the lander had been unsuccessful.

Most likely, Philae is covered with dust in a shaded location. Due to low temperatures, the lander is unable to restart its on-board systems. However, the European Space Agency's Rosetta probe will continue to orbit comet 67P/Churyumov-Gerasimenko can collect data through September. It will also continue to monitor for any signal from Philae, though the chances of it picking up anything are close to zero. A closeup flyby is planned for this summer, during which Rosetta is expected to capture the last images of Philae. Based on those photos, researchers will be able to better understand some of the collected data.

Philae is the first spacecraft to land on a comet, doing so in November 2014 after a 10-year trek through space onboard Rosetta. Despite a rough landing, the lander was able to collect information on the comet's environment, including temperature data, its internal structure and dust and gas samples. The crew here on Earth has had trouble communicating with Philae at times when it ventured into the shade as it required solar power to function properly. While its mission had its fair share of troubles, the lander had its achievements too, and even snapped a selfie along the way.

In this article: comet, dlr, lander, philae, rip, science, space
All products recommended by Engadget are selected by our editorial team, independent of our parent company. Some of our stories include affiliate links. If you buy something through one of these links, we may earn an affiliate commission.