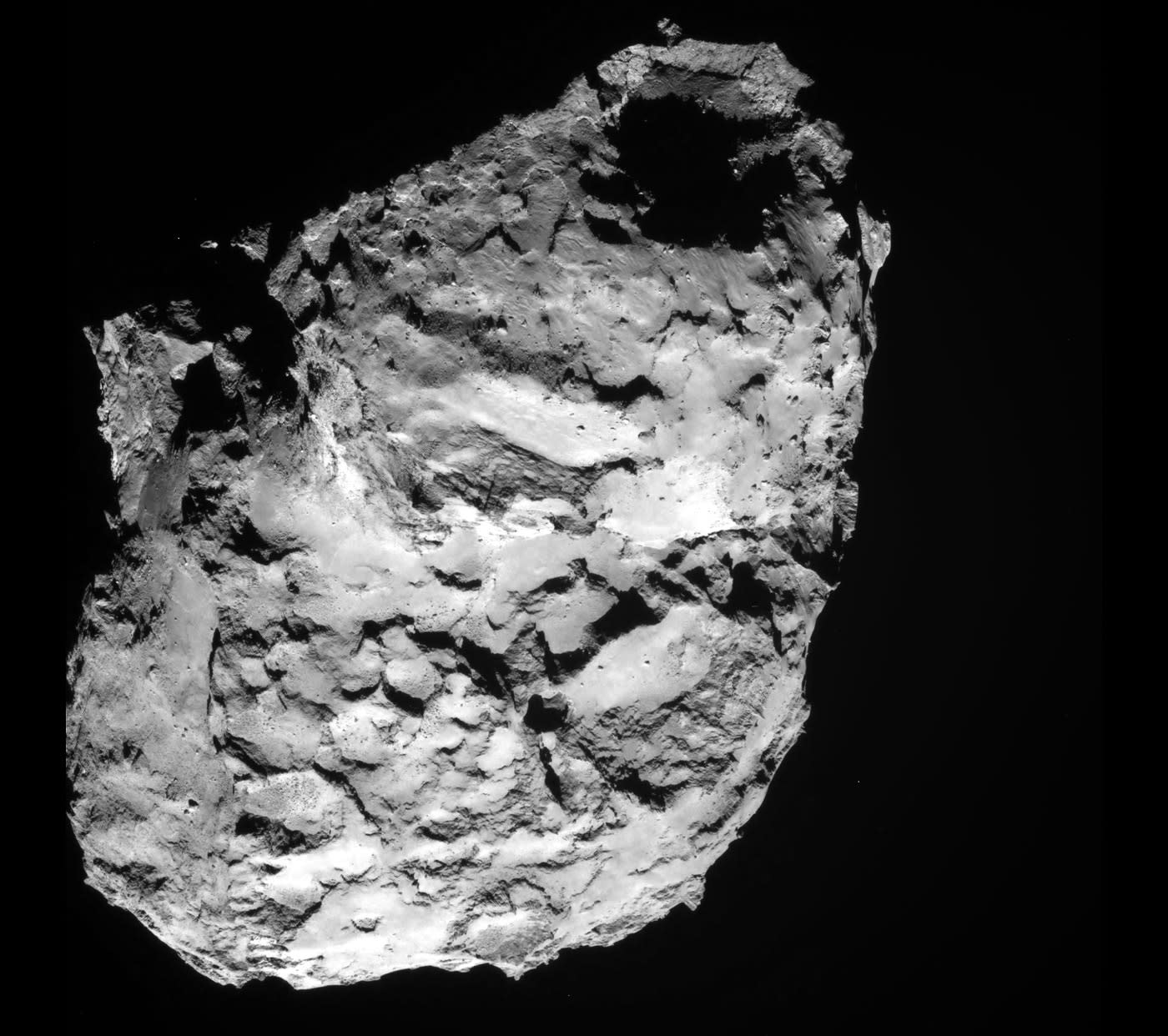 The Rosetta probe has finally beamed back the photos (among other data) it took of 67P/Churyumov–Gerasimenko, as it flew within just 19 miles of the comet's surface. They were captured by the probe's main imaging system called OSIRIS, which is comprised of one narrow-angle and one wide-angle camera, from June 20th to September 16th, 2014. The spacecraft has gone closer to the comet since then, but the photos illustrate what the probe was seeing as it approached the celestial body.

Those images were initially made available on a dedicated but hard-to-navigate website -- thankfully, the Rosetta Downlink and Archive group has uploaded them elsewhere as albums, which are much, much easier to browse. If you'd like to take a look at what the hardworking probe sent back, you can find the photosets on ESA's Archive Image Browser and the other data via FTP on ESA's Planetary Science Archive.

In this article: Churyumov-Gerasimenko, ESA, philae, rosetta, science, space
All products recommended by Engadget are selected by our editorial team, independent of our parent company. Some of our stories include affiliate links. If you buy something through one of these links, we may earn an affiliate commission.