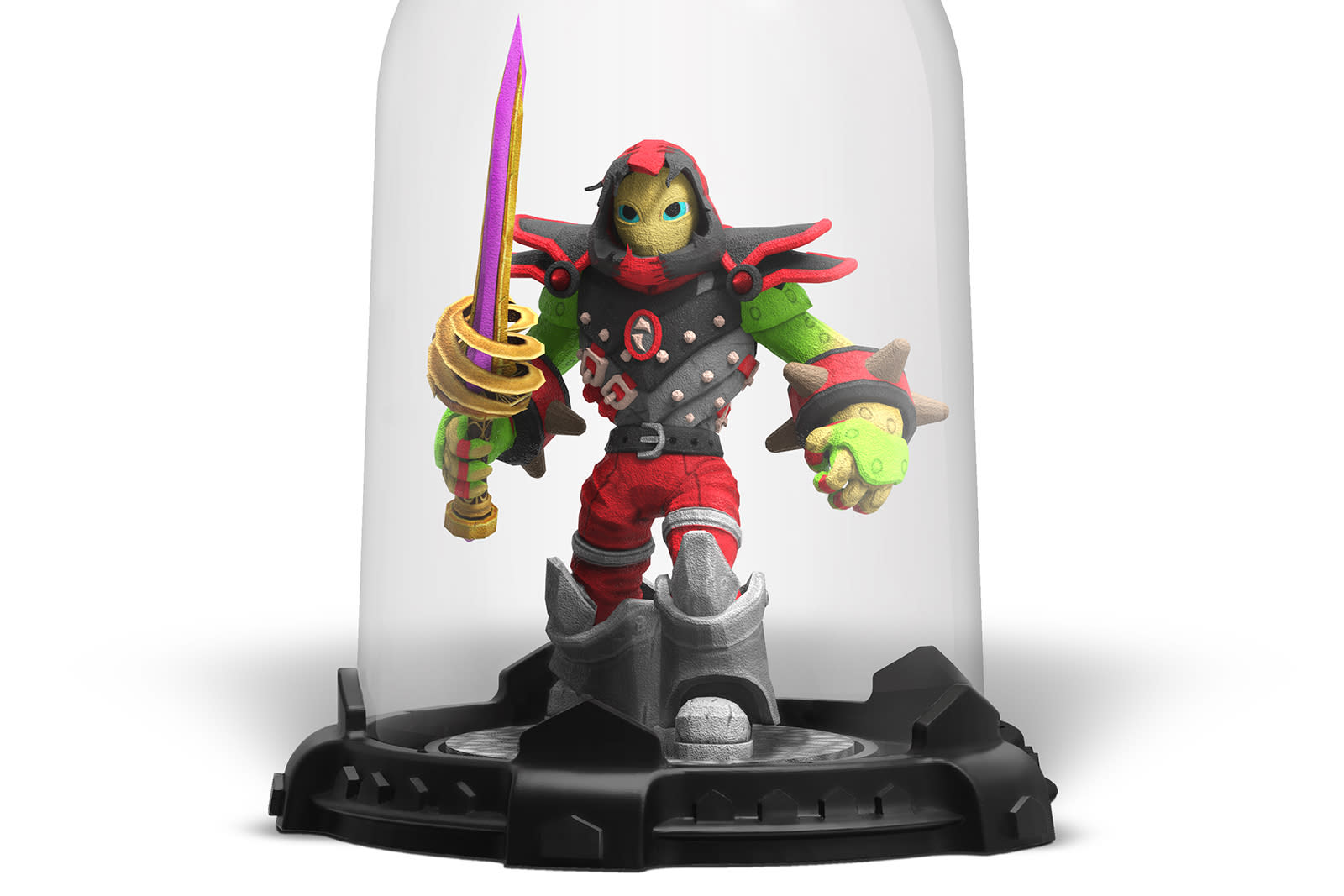 With Disney Infinity on its way out, it's down to Skylanders and Lego Dimensions to maintain the toys-to-life dream. Skylanders is the oldest of the two and this year, its new gimmick is the ability to create custom "Imaginator" heroes. Which sounds great, except there's an obvious problem -- the point of the franchise is to collect physical figurines too. How is that possible with player-created characters? Well, today Activision Blizzard has the answer: Creator, a mobile app which lets you order 3D-printed versions. They'll be available in "limited quantities," however, so you'll need act fast if you want to immortalise your handiwork. Each figure will cost $49.99 and come with both a base and a clear, protective dome. It's fully compatible with the Imaginators game, meaning you can place it on the podium to summon your character digitally. If 50 bucks sounds like a bit much, you can always order a "high-quality, custom made" trading card instead. These will cost $14.99 and, like the figures, can be placed on a "Portal of Power" to unlock the character mid-game. Lastly, there's the option of having your Imaginator on a t-shirt for $24.99.

Skylanders Imaginators is set to come out on October 16th. The new Creators app will debut alongside it and will include the same customisation tools found in the console game. Over time, you'll gain access to "Sensei Chests" and "Timed Imaginite Chests," which give you new limbs, heads and pieces of clothing to tinker with. Personally, I would rather play as cameo characters Crash Bandicoot and Dr. Neo Cortex -- but maybe I'm just old-fashioned.

In this article: 3dprint, 3dprinting, activision, activisionblizzard, av, gaming, skylanders, skylandersimaginators, toystolife
All products recommended by Engadget are selected by our editorial team, independent of our parent company. Some of our stories include affiliate links. If you buy something through one of these links, we may earn an affiliate commission.