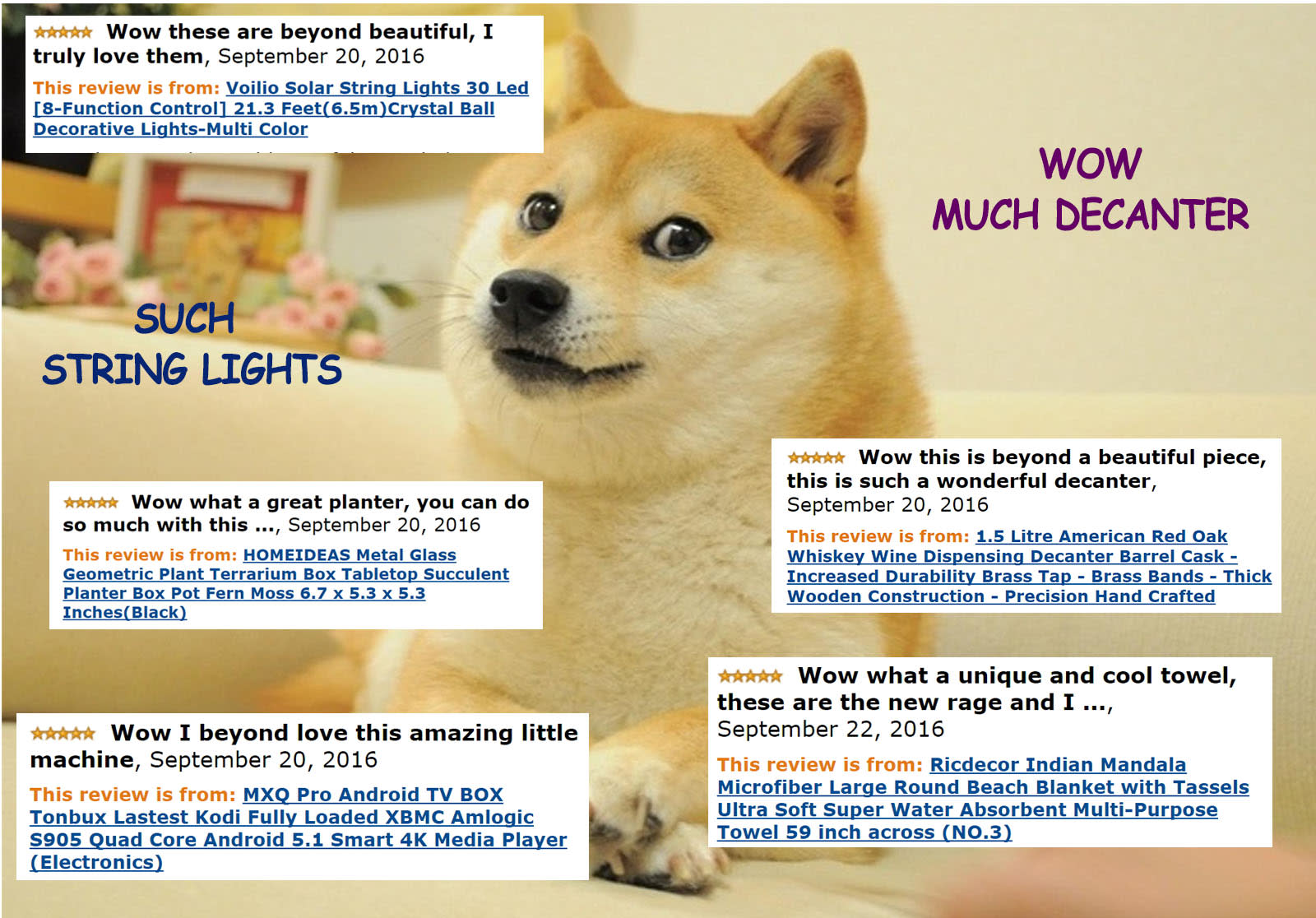 Amazon has banned "incentivized reviews" done in exchange for free products after a large study showed that they're biased. In a blog post, the retail giant said that it has updated its terms of service to ban the practice, while making an exception for its own Vine program.

Amazon doesn't allow paid reviews, and has sued both providers and individuals that offer them. Until now, however, it has allowed reviews done in exchange for the product being rated, provided that reviewers add a disclaimer. Incentivized users are certainly prolific, writing an average of 232 reviews compared to just 31 for regular Amazon buyers.

The change was likely motivated by research done by ReviewMeta, as Techcrunch points out. The study of 7 million reviews, detailed in an article and video (below), found that the average review from incentivized users is much higher (4.74 stars) than a regular review (4.36 stars). Incentivized reviewers were also 12 times less likely to leave a one-star review, and gave overall positive reviews four times more often.

ReviewMeta says it noticed that consumers were becoming more distrustful of incentivized reviews and wanted to see if that they had reason to be. It also noticed that the problem has increased at an "alarming" rate. "Two years ago, incentivized reviews accounted for less than two percent of new reviews. Since February of this year, they make up the majority of all new reviews on Amazon," it notes.

Incentivized reviews will only be allowed from now on if they come from Amazon's Vine program. In that case, "Amazon -- not the vendor or seller -- identifies and invites trusted and helpful reviewers on Amazon to post opinions about new and pre-release products," Customer Experience VP Chee Chew wrote. "We do not incentivize positive star ratings, attempt to influence the content of reviews, or even require a review to be written."

Amazon told Techcrunch that it will retroactively pull reviews that are clearly "excessive," but will still leave many others up. Hopefully, it will strike all the ratings from users like "Amazon Lover," who has written 4,368 out of 4,379 hyperbole-laden five-star reviews (including those shown in the image, above) since March 23rd, 2015.

In this article: amazon, AmazonReviews, business, Contra, FreeProducts, gear, internet, Reviews
All products recommended by Engadget are selected by our editorial team, independent of our parent company. Some of our stories include affiliate links. If you buy something through one of these links, we may earn an affiliate commission.