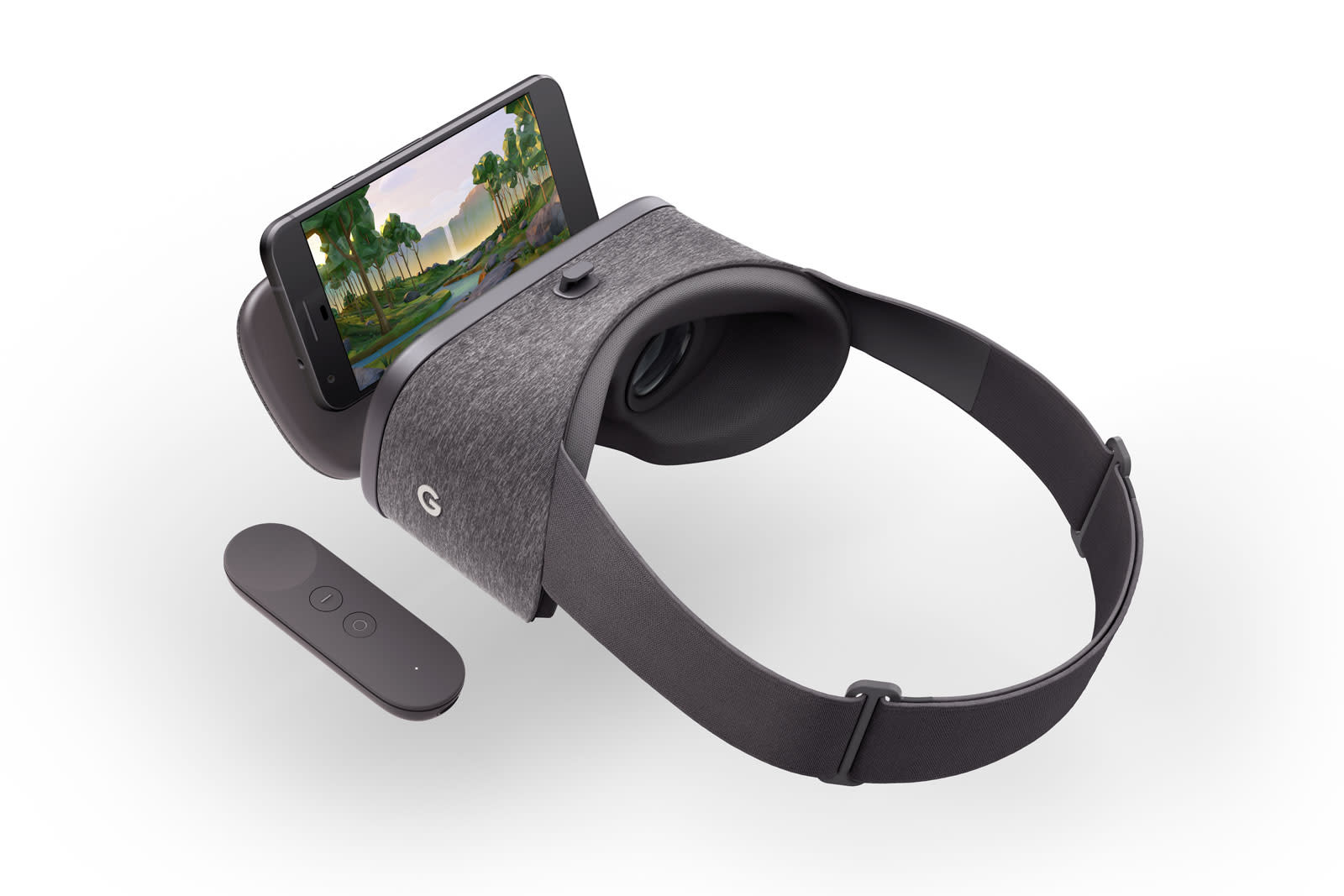 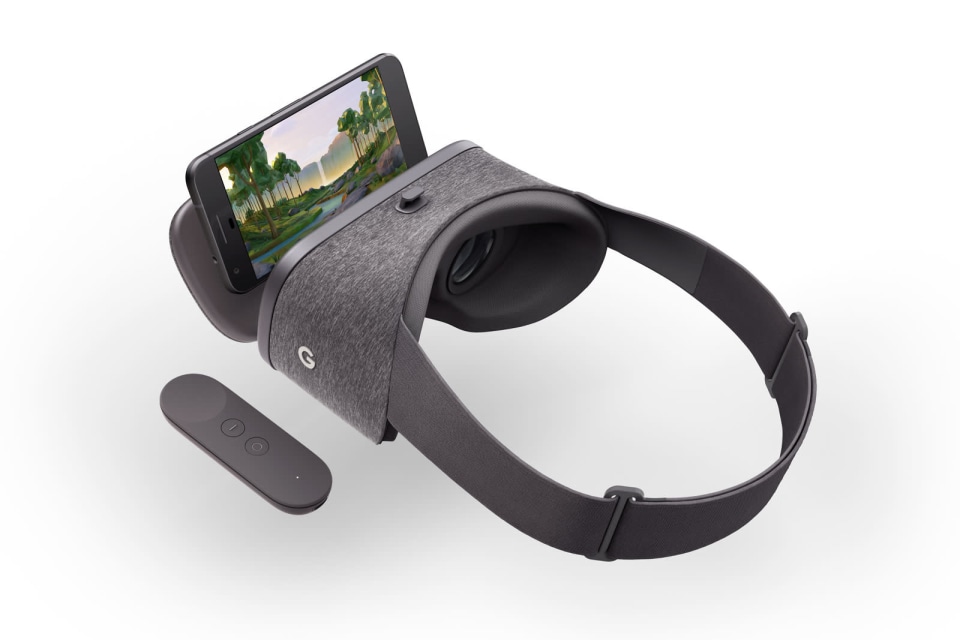 On stage at its keynote today, Google unveiled its upcoming VR headset, dubbed the Daydream View. The View looks nothing like similar VR rigs and, according to Google's VR lead, Clay Bavor, that's a good thing.

For one, the headset is crafted from fabric rather than hard plastic. Google worked with a number of clothing manufacturers to create the View's fabric covering, which is available in three colors: Snow, Slate and Crimson. What's more, its phone mounting system is fully self contained. Also, rather than place the headset's controls on the headset itself or require clunky wands, the View utilizes a small Wii-like remote that stores away in the headset so you don't lose it. The number of straps and clips needed to keep the device on your face have also been minimized. Best of all, you won't need to take your glasses off to use it -- Google says comfort for spectacles-wearers was a priority.

The new Pixel will be the first Daydream Ready phone on the market but Google announced that a number of other models from various manufacturers will be certified as well. When the headset does drop, Google will have plenty of content for it. The company revealed a Harry Potter VR experience that will be ready on launch day and is currently working to bring both Hulu and Netflix to the platform.

The company first announced its VR efforts back in May at is I/O developer conference and has already built a robust developer program. But it wasn't until a Bloomberg article surfaced in August that speculation of the Daydream's imminent release accelerated. Today, those rumors proved accurate. The View will be made available in November and will retail for a relatively low price of $80. In this article: av, daydream, daydreamview, daydreamvr, gear, google, internet, MadeByGoogle2016, virtualreality, vr
All products recommended by Engadget are selected by our editorial team, independent of our parent company. Some of our stories include affiliate links. If you buy something through one of these links, we may earn an affiliate commission.