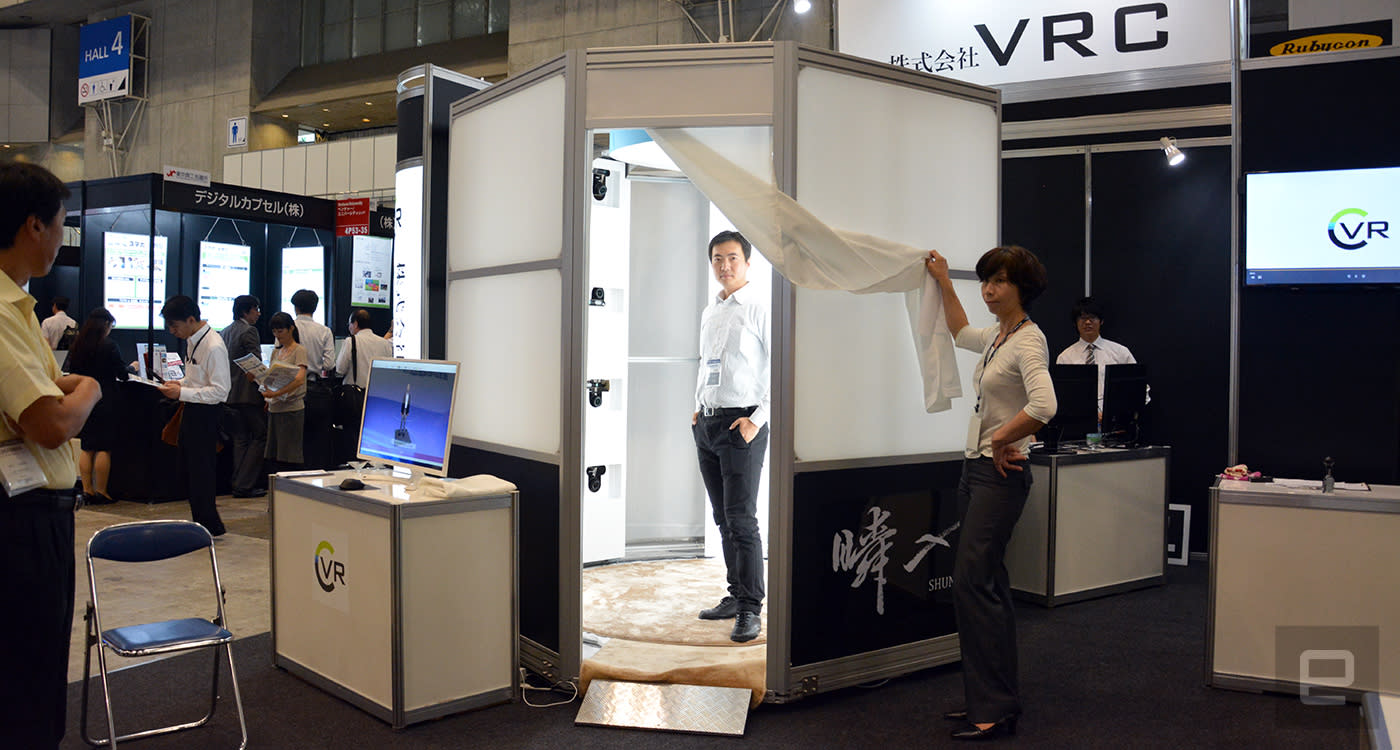 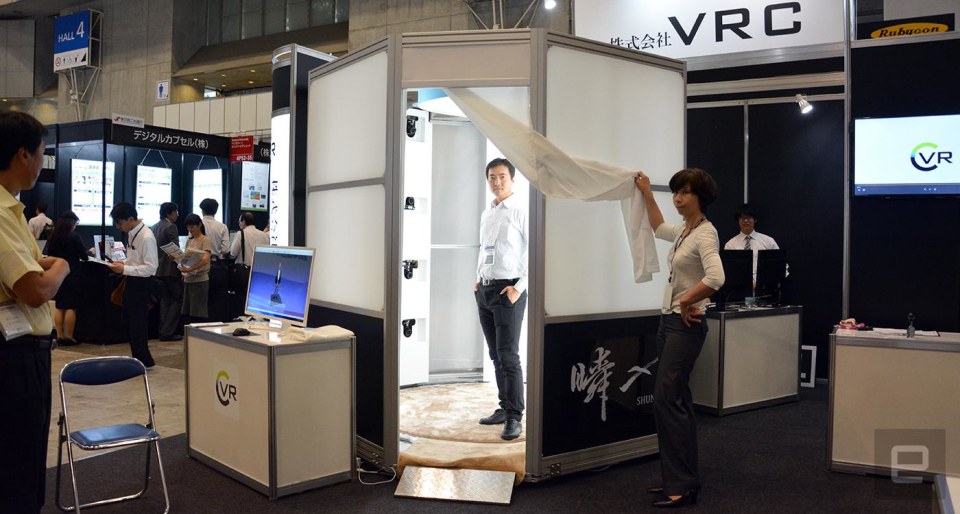 3D scanners come in all shapes and sizes these days, and obviously the bigger you go, the more you have to pay. In the case of full-body scanning, many existing solutions require you to stand still for 12 to 14 seconds which isn't ideal for both the customer and the vendor, plus they tend to take up a large amount of space. Luckily, that won't be the case with a new machine from Japanese startup VRC. Unveiled at CEATEC, the Shun'X -- "shun" meaning "instantaneous" and "x" implying limitless possibilities -- can scan a person in merely four seconds, and its footprint takes up just six square meters of space as opposed to the typical nine to eleven square meters.

On the inside, the Shun'X model at CEATEC is powered by eight Nikon DSLRs plus an ASUS Xtion Pro Live depth camera accompanying each of them, and these are split into two pillars -- with another four filled with high-performance LEDs -- that spin around a person. CEO Yingdi Xie, who has spent over ten years doing research in Japan prior to forming VRC, pointed out that it's this combination of DSLRs and depth cameras that makes his system more precise than the others. Once the scan is done, VRC's custom PC software will locally output a render in about two minutes, which is again faster than what the competitors offer and somewhat more convenient than their mandatory cloud services (which are usually for subsidizing the cost of the hardware alone).

While Xie wouldn't directly reveal a price for his solution, he did drop a big hint: A similar DSLR-only system may cost about $150,000 if you buy it outright, whereas the Shun'X is aiming to slash that price by half; and it can even go lower, depending on the configuration. Better yet, because of the much higher throughput, Xie reckons an existing vendor can afford to charge as low as $10 per 3D render using the Shun'X. Just to compare, Artec's "Optimal" business package charges each Shapify Booth vendor $20 per 3D model file (it's $39,000 for the machine plus pre-payment for 3,000 files), so consumers would have to pay more after a markup; either that or the vendor buys the hardware for $180,000 to avoid that charge.

It's still too early to tell whether the Shun'X will become the next big thing in the 3D scanning market, as VRC has only just started taking orders, but one thing's for sure: Digital content creators in the likes of fashion and gaming businesses will greatly benefit from this rapid, high-precision scanner. 3D printing studios may also want in on this, though they are probably more desperate for faster printers.

In this article: 3dscan, 3dscanner, 3dscanning, asus, bodyscanner, bodyscanning, ceatec, ceatec2016, gadgetry, gadgets, gear, hands-on, nikon, shunx, video, vrc, xtionprolive
All products recommended by Engadget are selected by our editorial team, independent of our parent company. Some of our stories include affiliate links. If you buy something through one of these links, we may earn an affiliate commission.