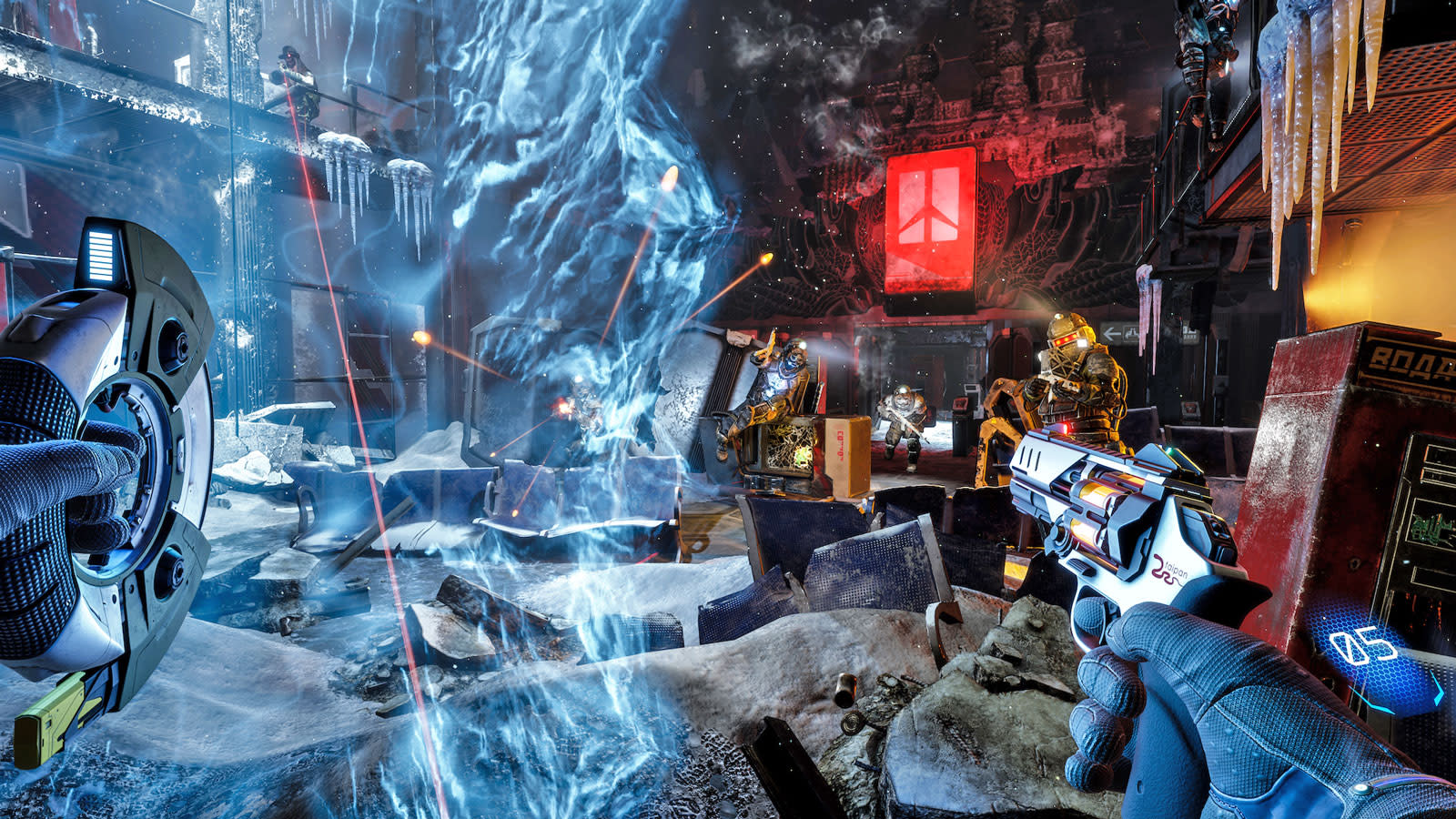 It's a hundred years in a post-apocalyptic future and a second ice age has arrived. You're a mercenary, hired by a Russian colony to protect the facilities from bandits, criminals and other... creatures. That's the basic premise behind Arktika.1, a brand new VR title developed by 4A Games with the help of Oculus Studios. This first-person shooter is an Oculus exclusive, and importantly, it's also a Touch exclusive, which means it's designed from the ground up to utilize the VR firm's motion hand controllers.

After donning the Rift headset and going through a brief tutorial, I got the hang of using the Touch controllers fairly quickly. I picked two guns as my weapons of choice and wielded one in each hand. As you do so, the tutorial offers a brief hologram on how to reload your gun -- which either means lowering your gun and lifting it again or flipping your wrist to cock a virtual barrel. You'll know when to reload when the floating ammo digits above your gun is, well, zero.

In my demo, I was thrown into enemy combat fairly quickly, in what appears to be a storage facility. Thankfully, the bandits didn't appear to be terribly bright, and I could crouch behind barricades and walls without being detected. To move throughout the space, you simply aim your gaze at a pre-determined area -- they're highlighted in blue or yellow -- and press the A button. You'll be teleported there instantly. Blue spots have high cover but terrible shooting angles while yellow areas have low cover but you get to blast bandits with greater accuracy. After you clear the room of bandits, you get to move to the next stage by teleporting to the elevator and going on to the next floor.

Arktika.1 is what I would describe as a full-body VR game, as I not only used my arms and hands to shoot, I also bent down and got on the floor to avoid getting shot. It was a lot of fun, so much so that my 20-minute demo time flew by. The use of the Touch controllers really makes this game pretty immersive as well. Arktika.1 should be out by Q2 of next year, which is good, because the Touch should be available by then too.

In this article: 4agames, arktika1, av, facebook, gaming, oc3, oculus, oculusconnect3, oculusrift
All products recommended by Engadget are selected by our editorial team, independent of our parent company. Some of our stories include affiliate links. If you buy something through one of these links, we may earn an affiliate commission.