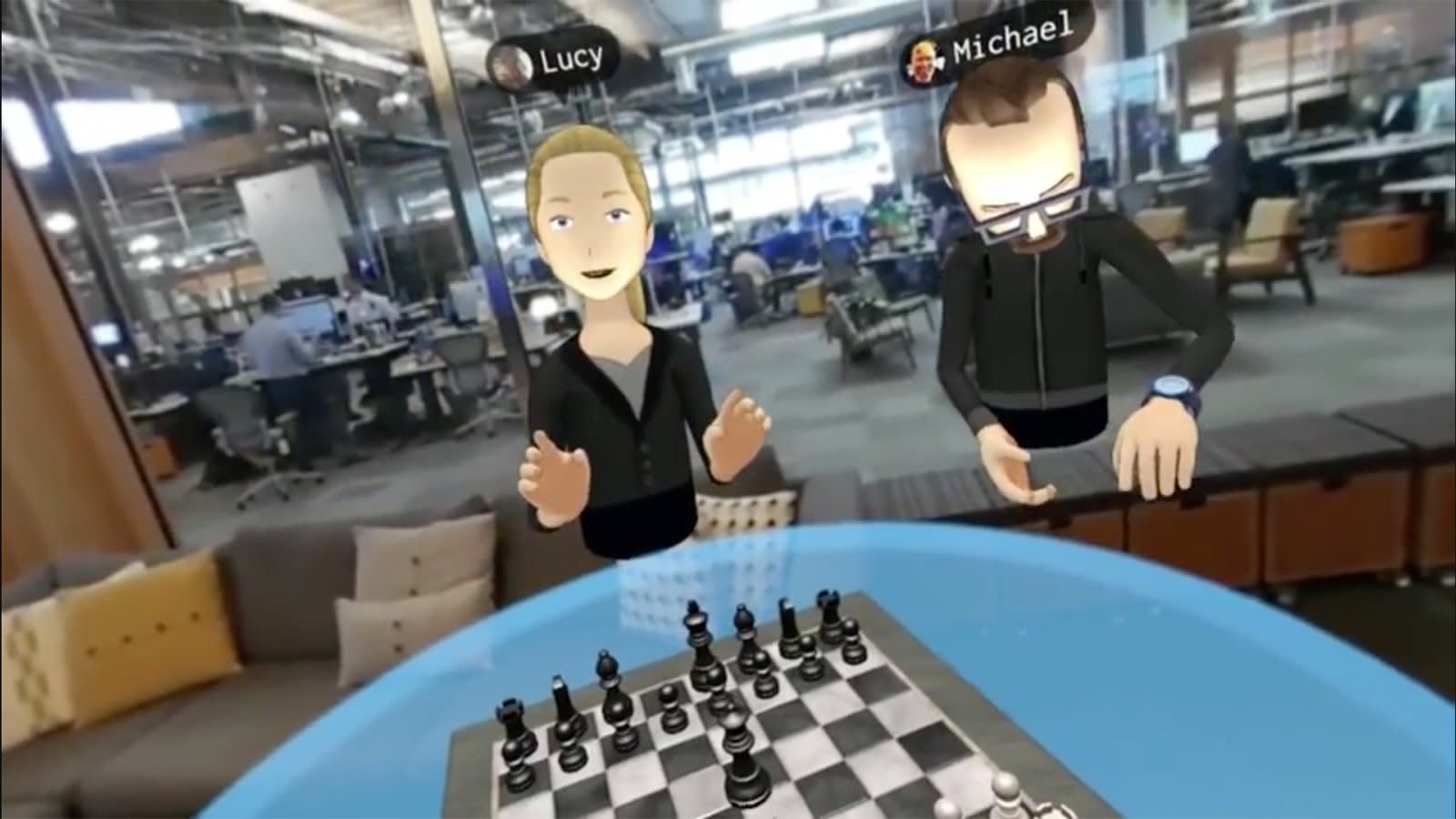 Back at F8 earlier this year, we saw a demo of a couple of people interacting with each other via virtual reality -- sort of like VR Skype. Now, at the Oculus Connect event, CEO Mark Zuckerberg showed off a much better version of the software. Instead of just a color outline of your face, you can have animated cartoon-like avatars, which are complete with facial expressions. You can even create draw-in-the-air swords and lightsabers, and then play around with them in VR.

From there, you can travel from destination to destination with your friends, even if they're thousands of miles away. You can also experience 2D ad 360 photos and videos together, and share your Facebook posts in VR. In a demo given at Oculus Connect keynote, Zuckerberg hung out with his virtual buds at a variety of locations around the globe. They could manipulate objects around them, like enlarging videos and playing virtual chess. And yes, even take selfies with virtual selfie sticks. At one point, Zuckerberg even took a video call with his wife while in VR.

Interestingly, the demo here is Facebook's own social VR project. Oculus is working on a completely separate social experience with Oculus Avatars, Parties (sort of like a VR chat app) and Rooms, which lets you create virtual hangout spaces with your friends.

Update: This article has been updated to clarify the difference between Facebook VR and Oculus social VR.

In this article: facebook, gaming, gear, internet, MarkZuckerberg, oc3, oculus, oculusconnect3, services, virtualreality, VR, wearables
All products recommended by Engadget are selected by our editorial team, independent of our parent company. Some of our stories include affiliate links. If you buy something through one of these links, we may earn an affiliate commission.