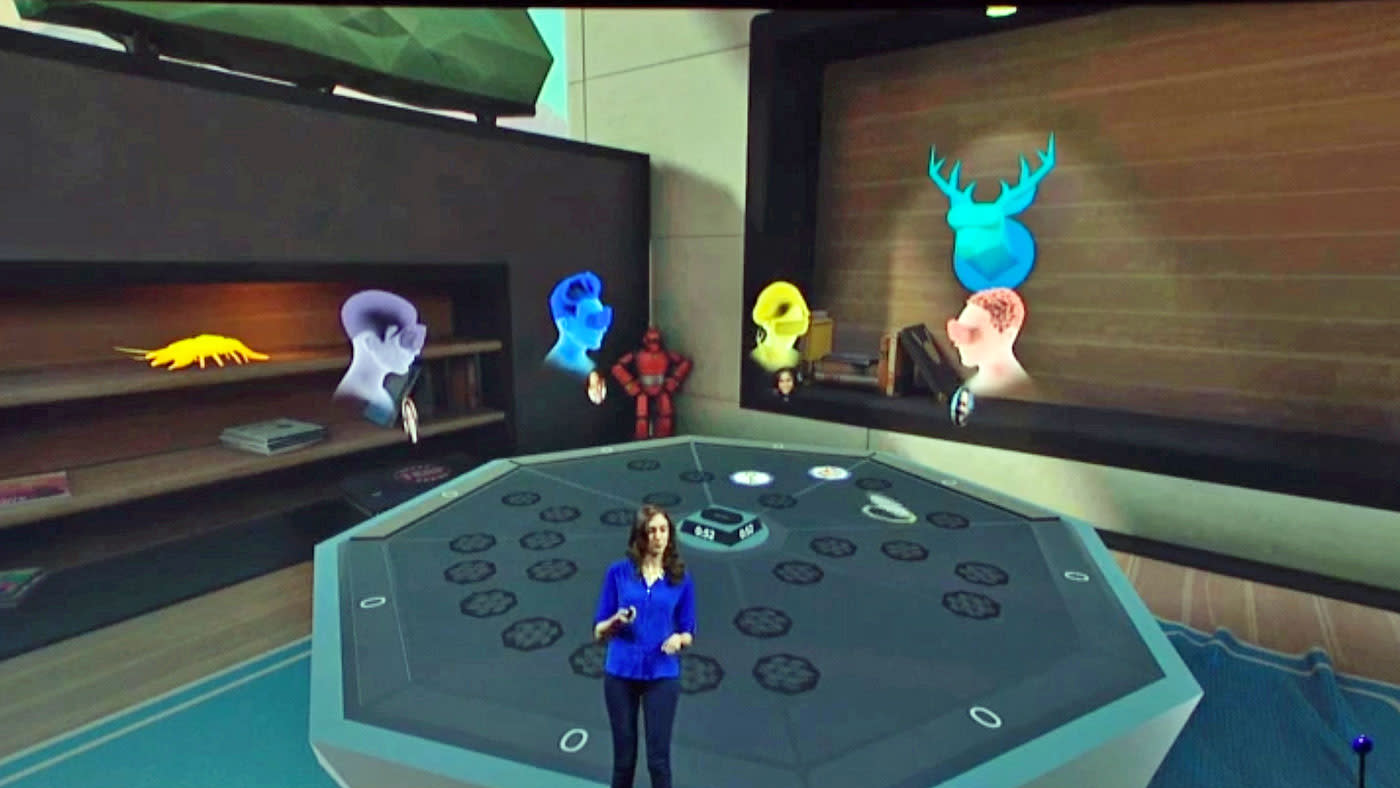 Oculus announced a host of new social features for platform during its OC/3 press event on Thursday. In addition to Avatars, which allow users to customize outlines of their faces with various accessories and skins, the company also rolled out Parties and Room. Parties are just what they sound like -- groups of up to eight users can band together and chat. And if you want a dedicated area to do that in, Oculus also announced Rooms. This collaborative space differs from the Facebook-centric chat app that we saw back at F8 earlier this year. Rooms is designed to behave more like a virtual living room where groups can congregate to play games or watch a movie, rather than a simple gathering of avatars.

In this article: avatars, Facebook, gear, Oculus, oculusconnect3, parties, personal computing, personalcomputing, rooms
All products recommended by Engadget are selected by our editorial team, independent of our parent company. Some of our stories include affiliate links. If you buy something through one of these links, we may earn an affiliate commission.