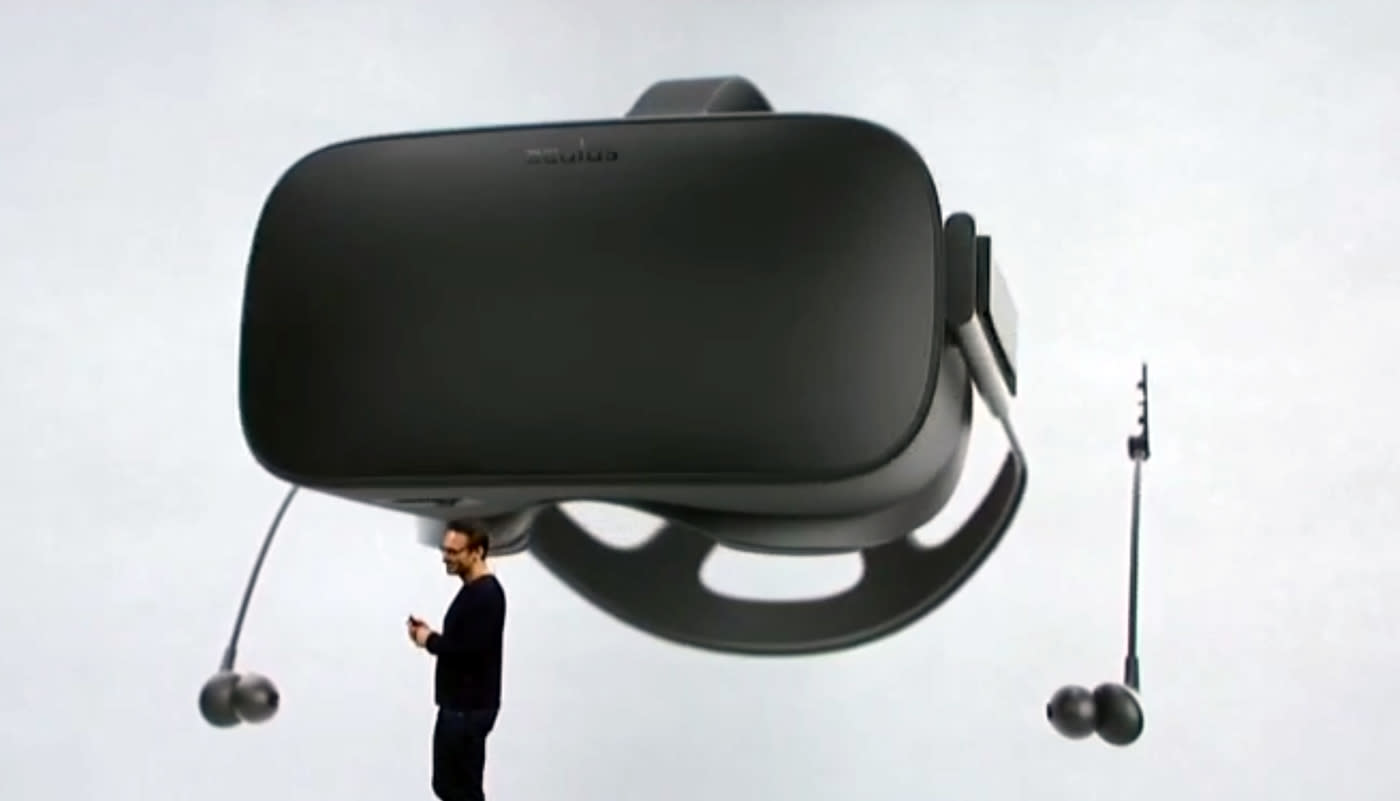 The Oculus Rift already comes with a set of built-in headphones, but what if you're more of a earbuds person? Well, Oculus just announced a pair of in-ear buds designed specifically for the Rift. Simply detach the bundled headphones and attach the appropriately called Oculus Earphones. According to Oculus, they have advanced noise isolation and have drivers optimized for VR. Oculus CEO Brendan Iribe even went on to say that they're one of the most higher-end earphones in the world. The Earphones will be available for $49. You can pre-order them on October 10th, and they'll ship on December 6th.

In this article: facebook, gear, oc3, oculus, oculusconnect3, oculusearphones
All products recommended by Engadget are selected by our editorial team, independent of our parent company. Some of our stories include affiliate links. If you buy something through one of these links, we may earn an affiliate commission.