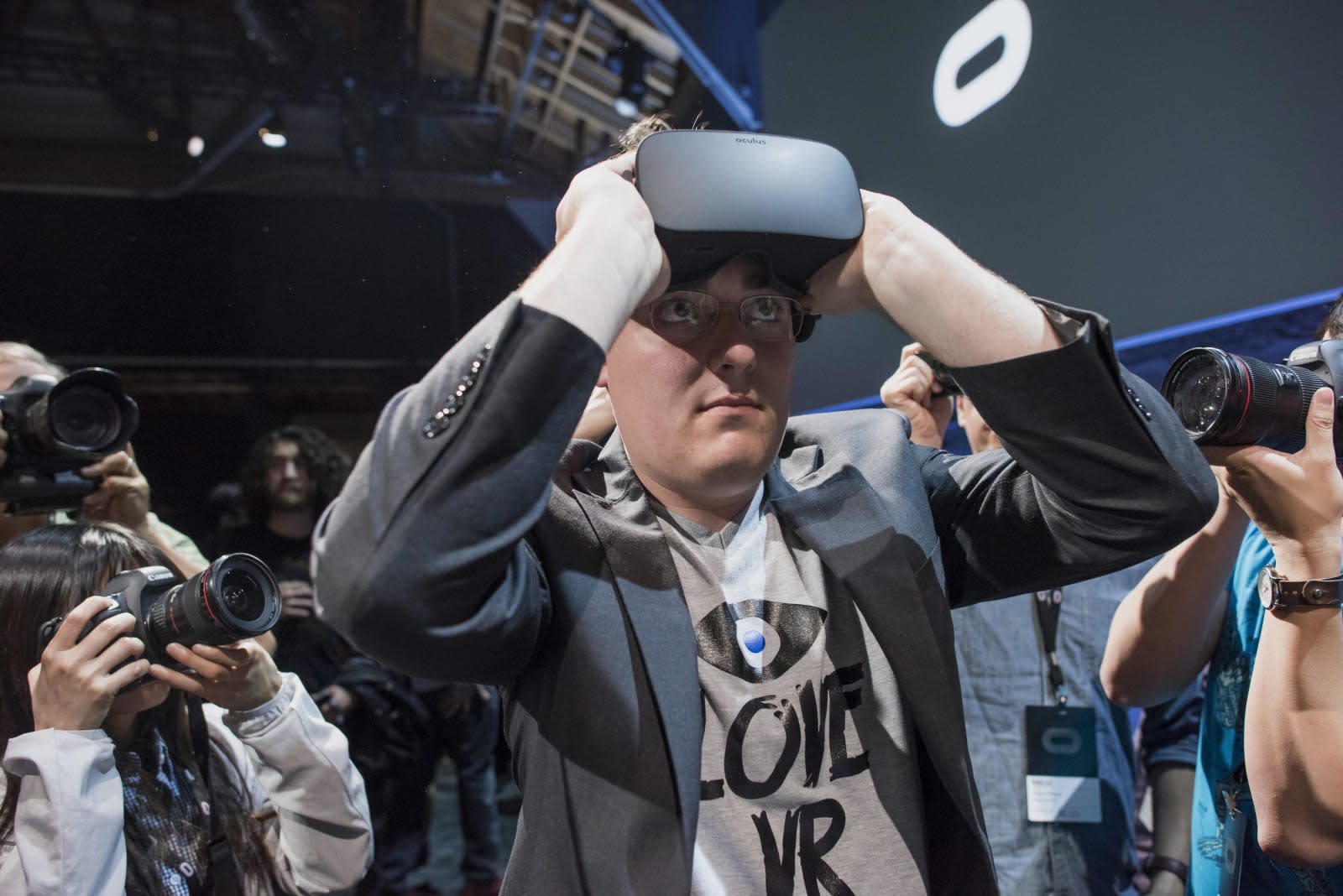 Palmer Luckey may have founded Oculus, but he stayed away from today's big Oculus Connect event after stirring up some trouble recently. Late last month, it was discovered that Luckey donated $10,000 to an anti-Hillary Clinton group that wanted to take some garbage Reddit-style harassment memes and get them into the mainstream via billboards and other prominent messages (something it has failed to do thus far). He apologized, but plenty of developers and Oculus supporters took exception to his actions. Oculus confirmed today that he "chose note to attend" the event to avoid being a "distraction."

Instead, Facebook CEO Mark Zuckerberg led a rotating cast of speakers through the two-plus hour conference, which offered a release date and pricing for the Oculus Touch controllers and a host of software demos. It's not surprising to see Zuckerberg leading such a big event -- and it makes a lot of sense to keep the focus on the Oculus announcements and avoid any potential distraction that could come from putting Luckey on stage at this point. Our memories are short, though, and we'd imagine he'll be back at events in the future before long -- just not until this election cycle is over, though.

In this article: facebook, gear, oculus, oculusconnect3, palmerluckey, vr, wearables
All products recommended by Engadget are selected by our editorial team, independent of our parent company. Some of our stories include affiliate links. If you buy something through one of these links, we may earn an affiliate commission.