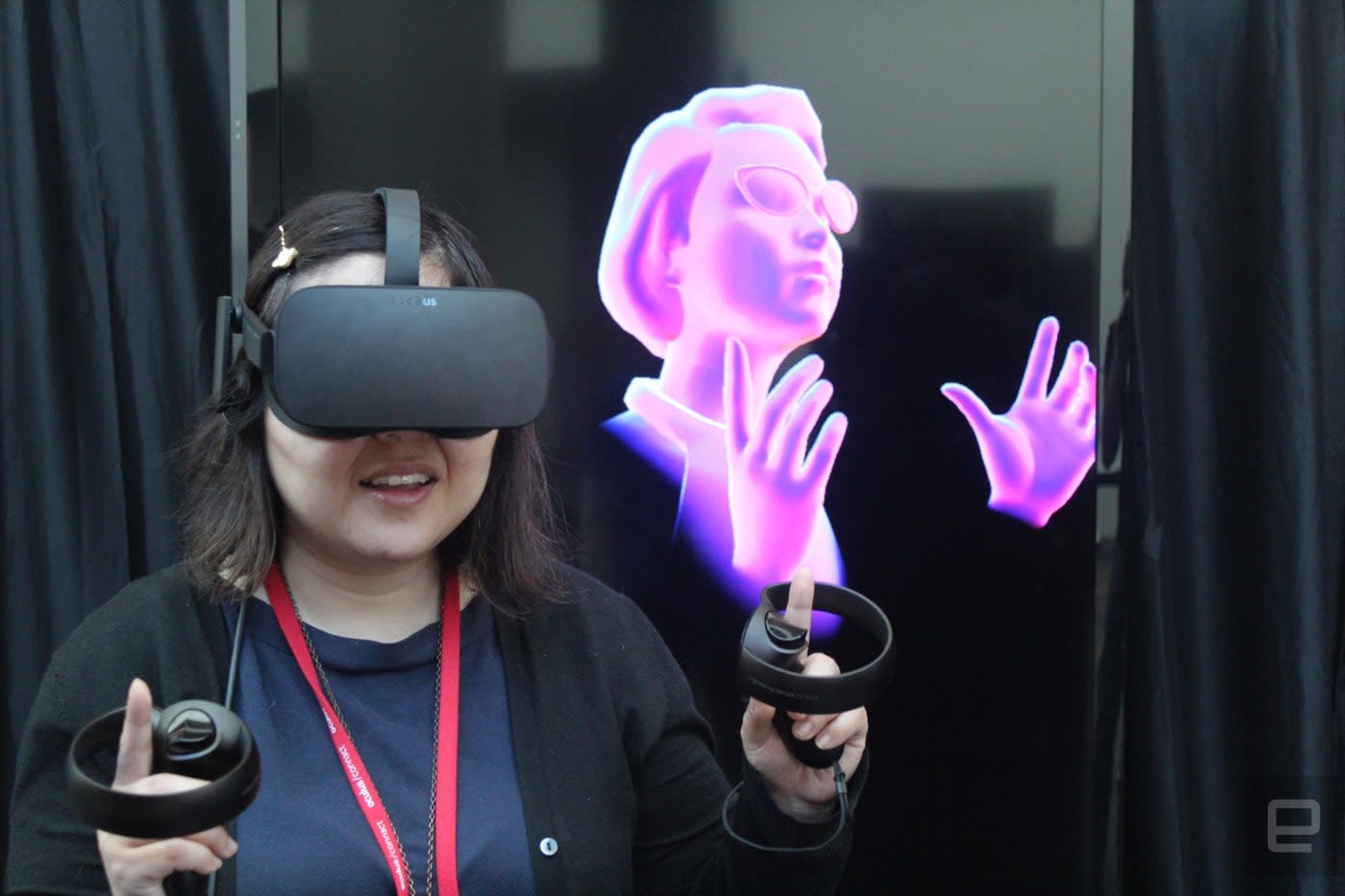 While yesterday's Oculus announcement centered mostly around VR hardware and games, the company also rolled out a few new features that'll let you socialize with the rest of your Rift-owning pals. Central to this concept is the Oculus Avatar, which is essentially a representations of your virtual self. Think of it as a VR version of Xbox Avatars or the Nintendo Mii. I had a chance to create my very own Oculus Avatar at the event and it's unlike any other video game character I've created before.

For one thing, the avatars are more like floating busts with hands. They're monochrome, but you can choose to deck them out in a variety of colors, from a mellow blue to a glistening pink. Using the Rift and the Touch controllers, I could pick out my choice of face, along with hairstyle, eyewear and clothing. Just grab onto your selection with your hands and throw them on your face to try it on. Oh, and eyewear isn't optional with Avatars. A spokesperson told me that otherwise, the eyes would just be empty sockets. On the whole, the avatar creation process was pretty basic. I didn't have to pick out the exact shape of my nose or adjust the positioning of my mouth or anything fiddly like that. I just scrolled through the different face and head options and went with what I thought was best. I also found it interesting that there was no need to choose a gender; just pick with what fits you best and go.

The Avatar system will go live in December, and it looks like you'll be able to use the Avatar in a few different games and apps. One of those apps is Oculus Rooms, which is essentially a virtual hangout space for you and your friends.

Right now, the Avatars are fairly basic with no facial expression, so I looked a little like a creepy mannequin, or the bad guy from Terminator 2. But I imagine as Oculus perfects its avatar software, you'll soon be able to gesture emotions and actions the same way Facebook is doing with its own social VR effort.

In this article: av, facebook, gaming, gear, oc3, oculusconnect3
All products recommended by Engadget are selected by our editorial team, independent of our parent company. Some of our stories include affiliate links. If you buy something through one of these links, we may earn an affiliate commission.