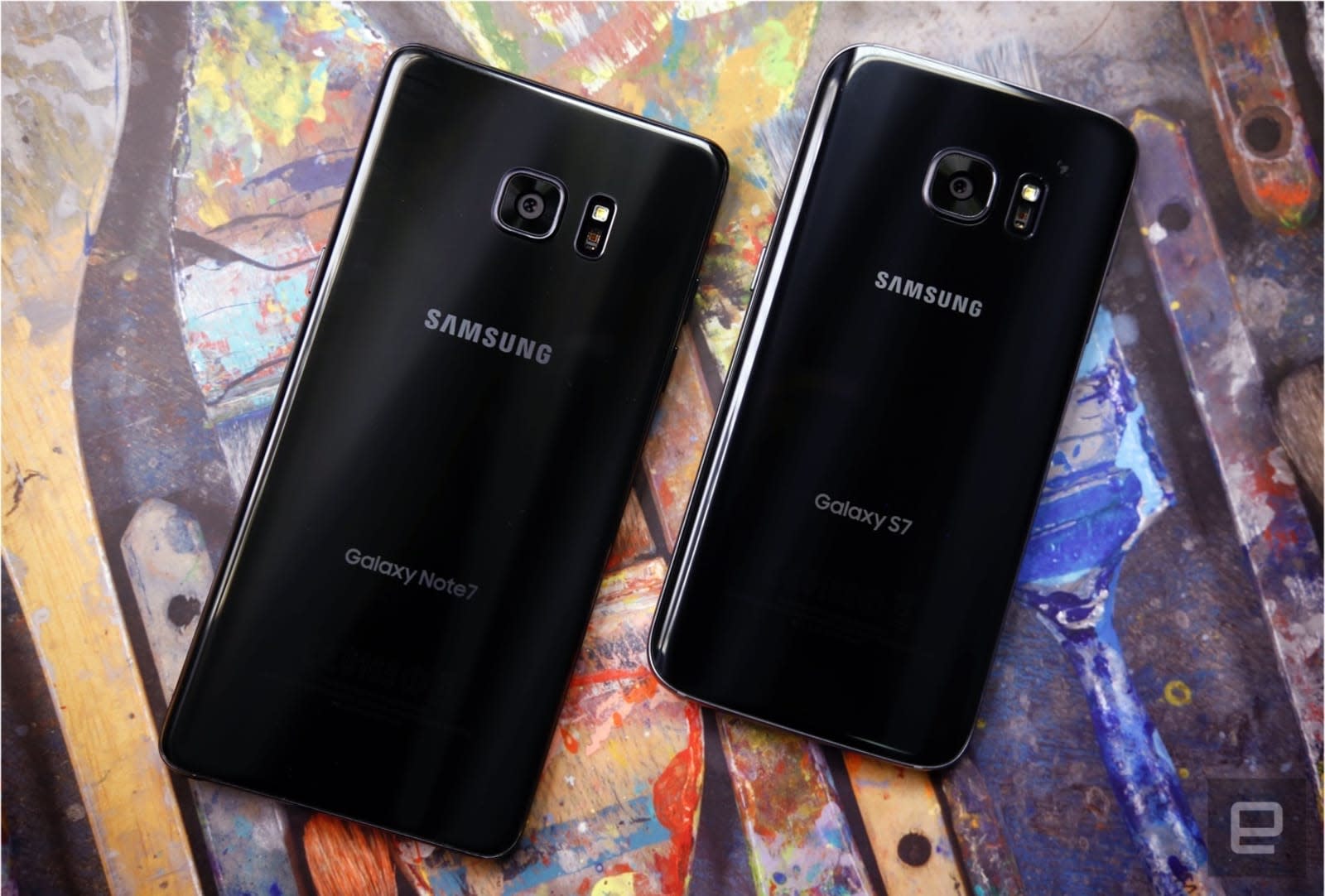 Samsung might spend as much as $1.8 billion recalling and replacing 2.5 million Galaxy Note 7s, but it still expects a 5.6 percent operating profit growth for the third quarter. According to the Korean chaebol, its profit will likely reach 7.8 trillion won ($7 billion) for July to September, up 400 billion won from the same period last year and 400 billion more than forecasts predicted. See, despite its Note 7 issues, the company's chip and display business has been doing very well -- it might even be this quarter's top earner, knocking Samsung's mobile division off its perch.

Young Woo Kim, an analyst for SK Securities that's owned by Korean conglomerate SK Group, told AP that Samsung's chip and display business might have generated nearly half of its income. The company is the world's foremost manufacturer of computer chips, after all, and is also a leading producer of OLED screens. It helps that Samsung uses the screens it makes for its Galaxy S7 phones whose sales apparently haven't been affected by the company's Note 7 problems. Kim believes, however, that its mobile business plunged to its lowest level within the past three quarters this July to September.

Samsung started recalling its latest plus-sized handset in early September, after it received several reports of units burning and exploding due to faulty batteries. The number of cases only grew after that initial notice, and airlines, subways and other locations started banning their use. The US and the Canadian government followed up with official recalls of their own. It doesn't look like the company's problems are over, though: A passenger aboard a Southwest flight recently reported that his replacement Note 7, which was supposed to be safe, overheated on board.

Now, this quarter's earnings aren't all roses for the tech titan: its sales fell 5 percent from a year earlier. Analysts believe its profit will only continue to grow these coming quarters, though, thanks to its computer chips and OLED screens. The company will release a more detailed report of its earnings later this month, so keep an eye out if you want to see exactly how it's doing.

In this article: earnings, gear, mobile, note7, samsung, TL16NOT7
All products recommended by Engadget are selected by our editorial team, independent of our parent company. Some of our stories include affiliate links. If you buy something through one of these links, we may earn an affiliate commission.