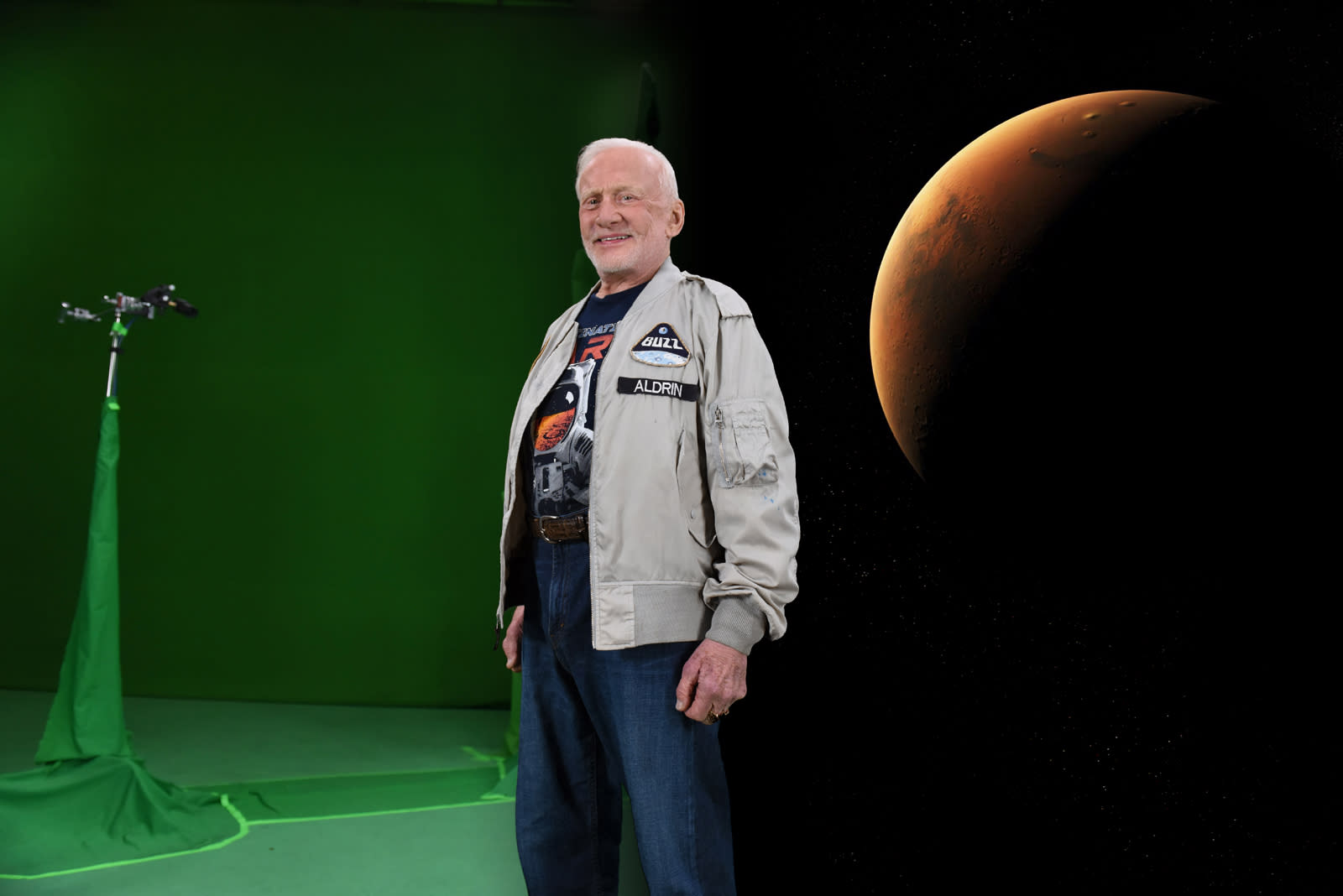 To put it mildly, Mars astronauts are likely to feel isolation on a level that even the most daring space explorers can't understand. How do you feel connected when Earth is just a dot in the sky? NASA, Smart Information Flow Technologies and 8i might help. They're researching the prospect of using virtual and augmented reality experiences to fight the "sensory and social monotony" of a Mars mission. The aim would be to create a library of inspirational messages that remind astronauts why they're on the Red Planet, and connect them to family -- a bit like the video messages in 2001, only more immersive.

Early recordings include Buzz Aldrin discussing his vision for Mars, and artist Reggie Watts performing some of his signature improv beatboxing. The subjects from the most recent HI-SEAS Mars simulation experiment have already received these clips, while new messages from "notable participants" should accompany the 2017 HI-SEAS run.

Crucially, you won't have to book a trip across the Solar System to see some of these VR videos. Time has struck a deal with 8i to bring the Aldrin and Watts recordings to its Life VR platform starting in early 2017. They'll initially require Google Cardboard, but there will be eventually be a "complete" Buzz Aldrin experience for the HTC Vive and Oculus Rift. It won't be the same as watching in a Mars base camp (that might be a good thing), but you'll at least get a hint of what future spacefarers will see.

In this article: 8i, buzzaldrin, hi-seas, isolation, lifevr, mars, NASA, reggiewatts, science, sift, space, time, virtualreality, vr, wearables
All products recommended by Engadget are selected by our editorial team, independent of our parent company. Some of our stories include affiliate links. If you buy something through one of these links, we may earn an affiliate commission.