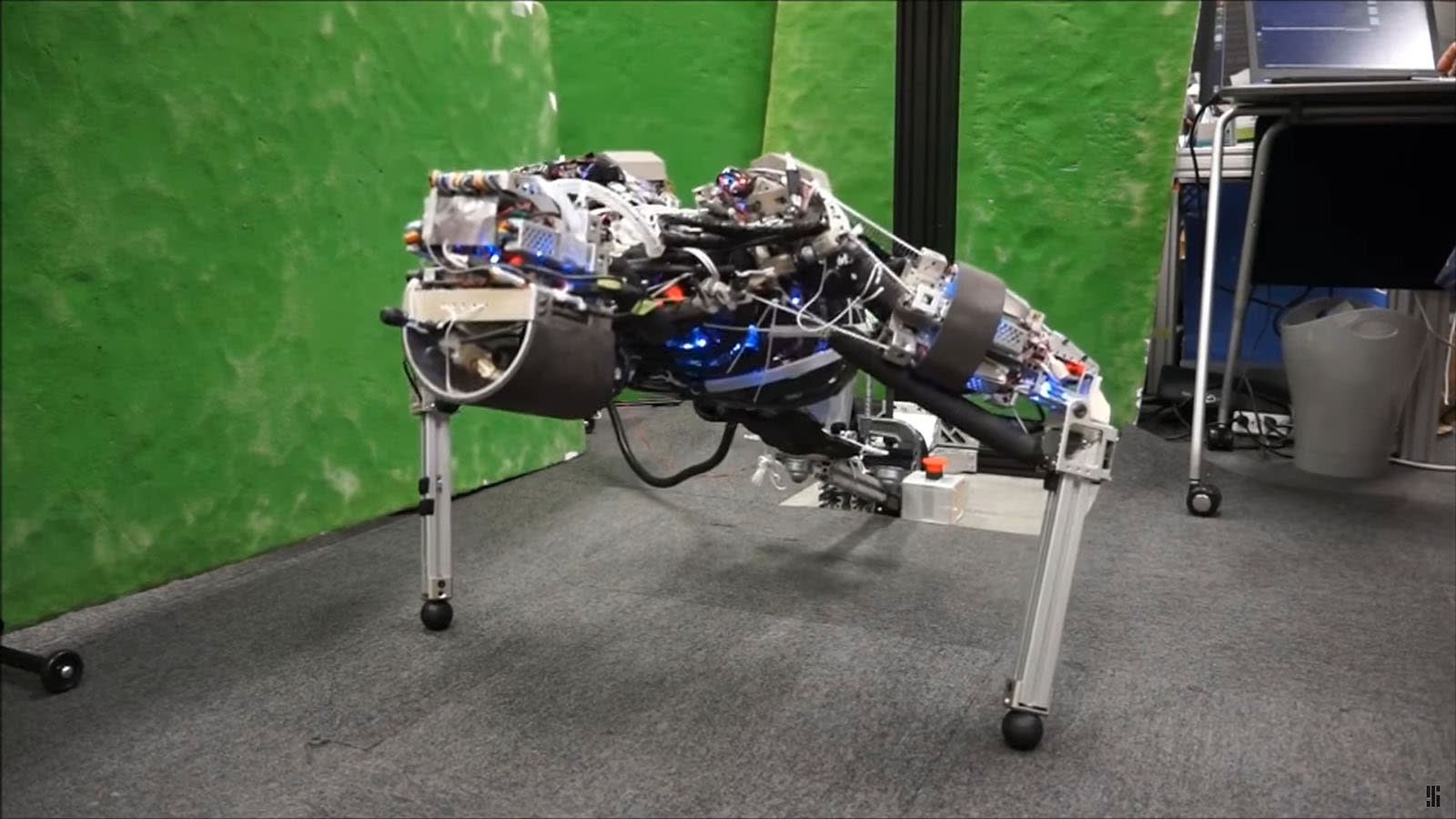 The Terminator may not feel remorse or pity, but does it even lift, bro? Researchers from the University of Tokyo have developed a robot called Kengoro that can sweat, helping it get through 11 minute push-up sessions that would normally fry the motors. Unlike a normal water-cooled radiator system, liquid flows into porous aluminum bones and then evaporates on the surface to cool the motors, in the same way that sweat cools a human.

The team married science with modern manufacturing tech to help Kengoro hit its training goals. The metal structure is built with laser sintered aluminum powder, using an additive 3D printing technique favored by NASA, GE and others. The process allows fine control of the metal's permeability, so the team added channels that let water flow through the bones. It then seeps to another porous region near the surface, where it evaporates and cools motors positioned next to the aluminum "glands."

The bot can run for a half day on a cup of deionized water, and longer if it "drinks" more to replenish the supply. The technique doesn't work as well as an active-cooled system with a radiator, but it's three times more efficient than air-cooling. More importantly, by using the robot's structure to pipe the fluid, it's significantly lighter and less complex. "Our concept was adding more functions to the frame, using it to transfer water, release heat, and at the same time support forces," lead author Toyotaka Kozuki tells Spectrum IEEE.

In this article: Cooling, EvaporativeCooling, IEEESpectrum, Kengoro, robots, science, Sweat, SweatingRobot, video
All products recommended by Engadget are selected by our editorial team, independent of our parent company. Some of our stories include affiliate links. If you buy something through one of these links, we may earn an affiliate commission.