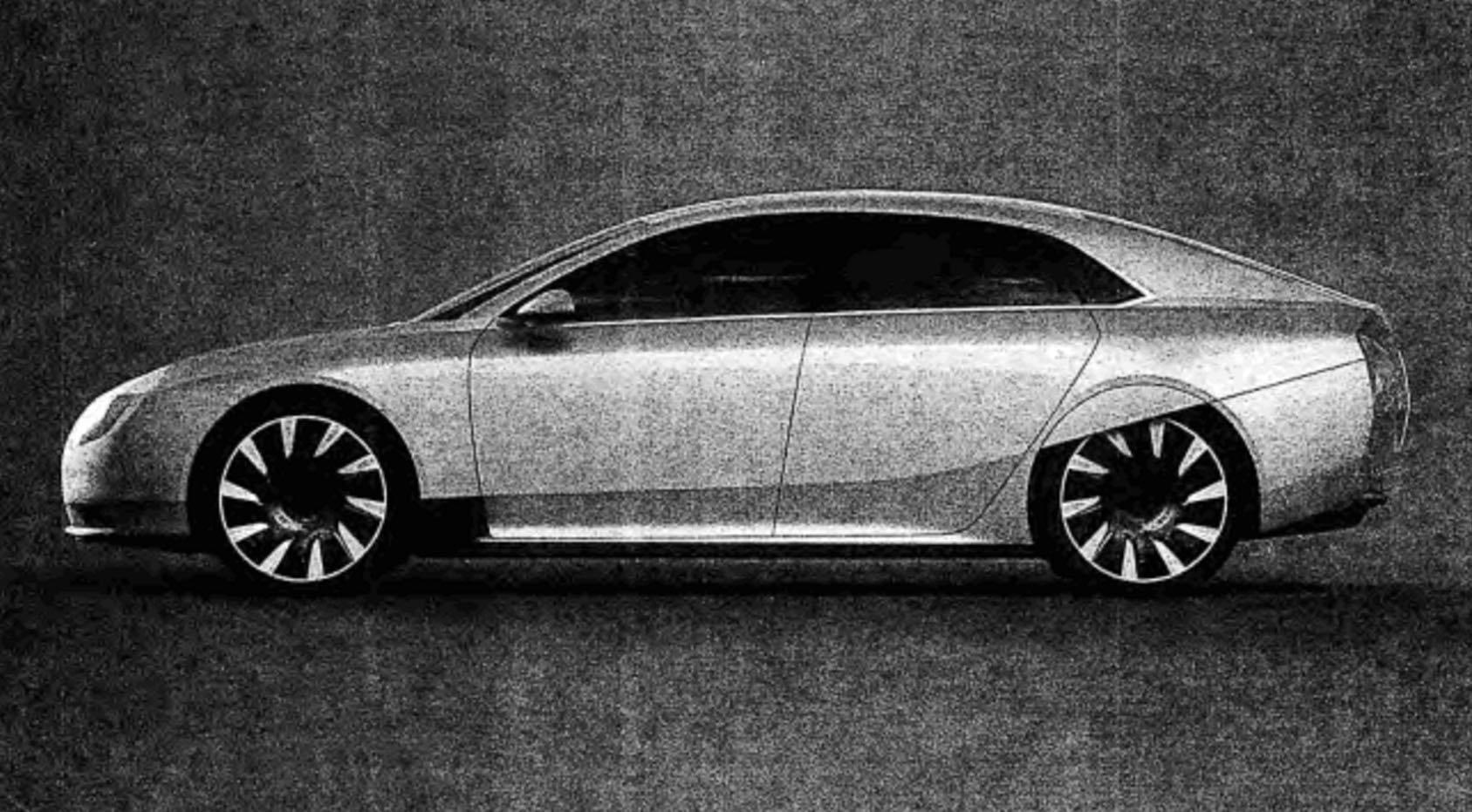 Atieva is a Chinese company building an EV for the US market, and we're now getting a first look at its "Atvus" sedan, thanks to a public records search by Recode. The vehicle bears a passing resemblance to the Tesla Model S, with a Citroën-esque rear-wheel cover thrown in. The company has also developed an impressive drive train in a Mercedes test mule van, with a 0 to 60 acceleration time of under three seconds (see the video below). What's perhaps most interesting about Atieva, though, is its tangled ownership web, as the Guardian reported earlier this year.

Atieva is developing its "premium electric sedan" under the "Project Cosmos" codename, Reuters reported. It expects to unveil the EV by 2018, and wants to eventually build up to 130,000 a year following a ramp-up period. The project has serious engineers behind it, including former Tesla VP Peter Rawlinson, who led development of the Tesla Model S, and Brian Barron, who oversaw vehicle manufacturing for BMW.

Atieva was founded in 2007 by Bernard Tse and Sam Weng, and originally worked on batteries and drivetrains for buses and vans. In 2014, it received a $100 million cash infusion from Chinese state automaker BAIC and LeEco, owned by Jia Yueting, who also founded Faraday Future. At that point, it decided to build a connected autonomous car, with a mission to best Tesla's Model S.

After a dispute with BAIC, founder Tse left, and BAIC also dropped out, reportedly selling its shares to LeEco, according to sources inside the company. If accurate, that means that LeEco's Jia Yueting is behind three EV automakers: LeEco, Faraday Future and Atieva. Each is working on its own mainstream EV for the US market, with LeEco having recently revealed the LeSee, and Faraday Future expected to unveil its own vehicle soon.

Atieva has an R&D center in Silicon Valley near Tesla, and said it'll build a US factory once it chooses a site. However, the public records document currently lists its manufacturing facility as an electric bike company in China. LeEco head Jia Yueting is already building a $1 billion factory in Nevada for Faraday Future, and a $1.8 billion plant in China that could pump out up to 400,000 cars per year. He'd be building another 130,000 with Atieva and an unknown number with Faraday.

However, Nevada officials recently questioned Jia's ability to come up with the cash for his current factory proposals, let alone another one. "His Internet company is successful, but that doesn't generate the billions of dollars he'd need. Where's he going to get the money?" Nevada treasurer Dan Schwartz told Bloomberg. Former executive also Martin Eberhard also questioned Yueting's strategy of investing in both Faraday and Atieva. "I left Atieva because that's not my kind of company. It's being run like an old-school Hong Kong company which is not my take," he told the Guardian.

In this article: Atieva, Atvus, ElectricCar, EV, FaradayFuture, gear, JiaYueting, LeEco, transportation, video
All products recommended by Engadget are selected by our editorial team, independent of our parent company. Some of our stories include affiliate links. If you buy something through one of these links, we may earn an affiliate commission.