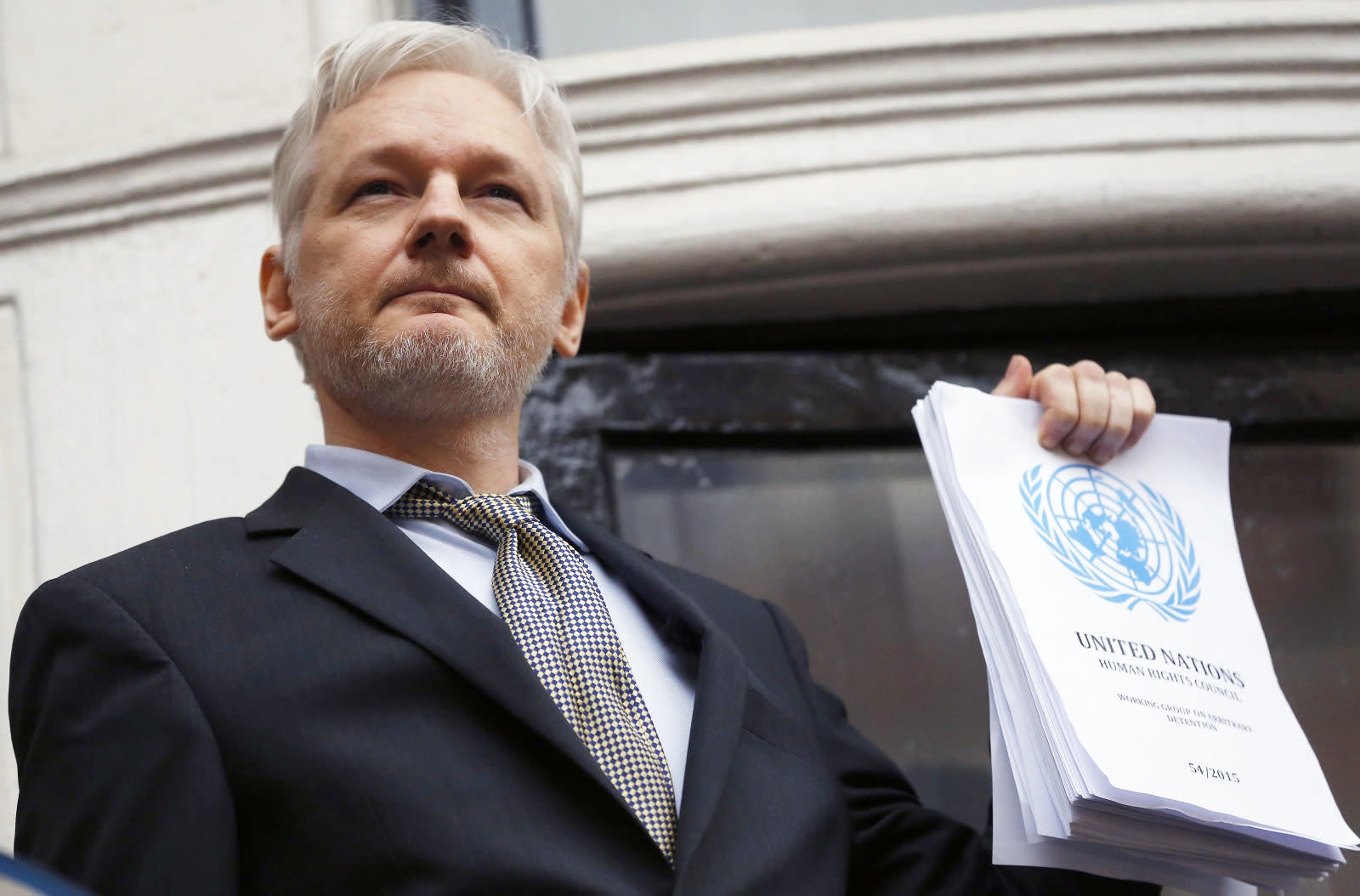 If you believe WikiLeaks, someone is trying to silence founder Julian Assange. The truth-through-disclosure group is claiming that a "state party" has cut Assange's internet access at the Ecuadorian embassy in London. It isn't naming the culprit at this stage, but does say that it has "activated the appropriate contingency plans." In other words, Assange might not be completely isolated -- however, he probably won't be communicating quite so freely in the foreseeable future.

It's tempting to pin the cut on the US, which alleges that WikiLeaks is supporting Russian attempts to manipulate the presidential election through database hacks. If you deny Assange his voice, you deny him a chance to skew the vote, right? However, it's not certain that this is the case. WikiLeaks didn't respond to the BBC's requests for comment, and the embassy says it "cannot disclose" what's going on. Assuming the cut was deliberate in the first place, there's no guarantee that it was both a government-backed operation and that the US was behind it. Simply speaking, we need more evidence to reach a definitive conclusion.

Update: According to Wikileaks, that state party is Ecuador, which is quoted by the Guardian saying it will continue to uphold the political asylum granted to Assange in 2012. Of course, changing the WiFi password is a pretty standard passive way to address a houseguest that's hanging around a bit longer than expected.

Julian Assange's internet link has been intentionally severed by a state party. We have activated the appropriate contingency plans.

In this article: censorship, culture, internet, julianassange, politics, wikileaks
All products recommended by Engadget are selected by our editorial team, independent of our parent company. Some of our stories include affiliate links. If you buy something through one of these links, we may earn an affiliate commission.