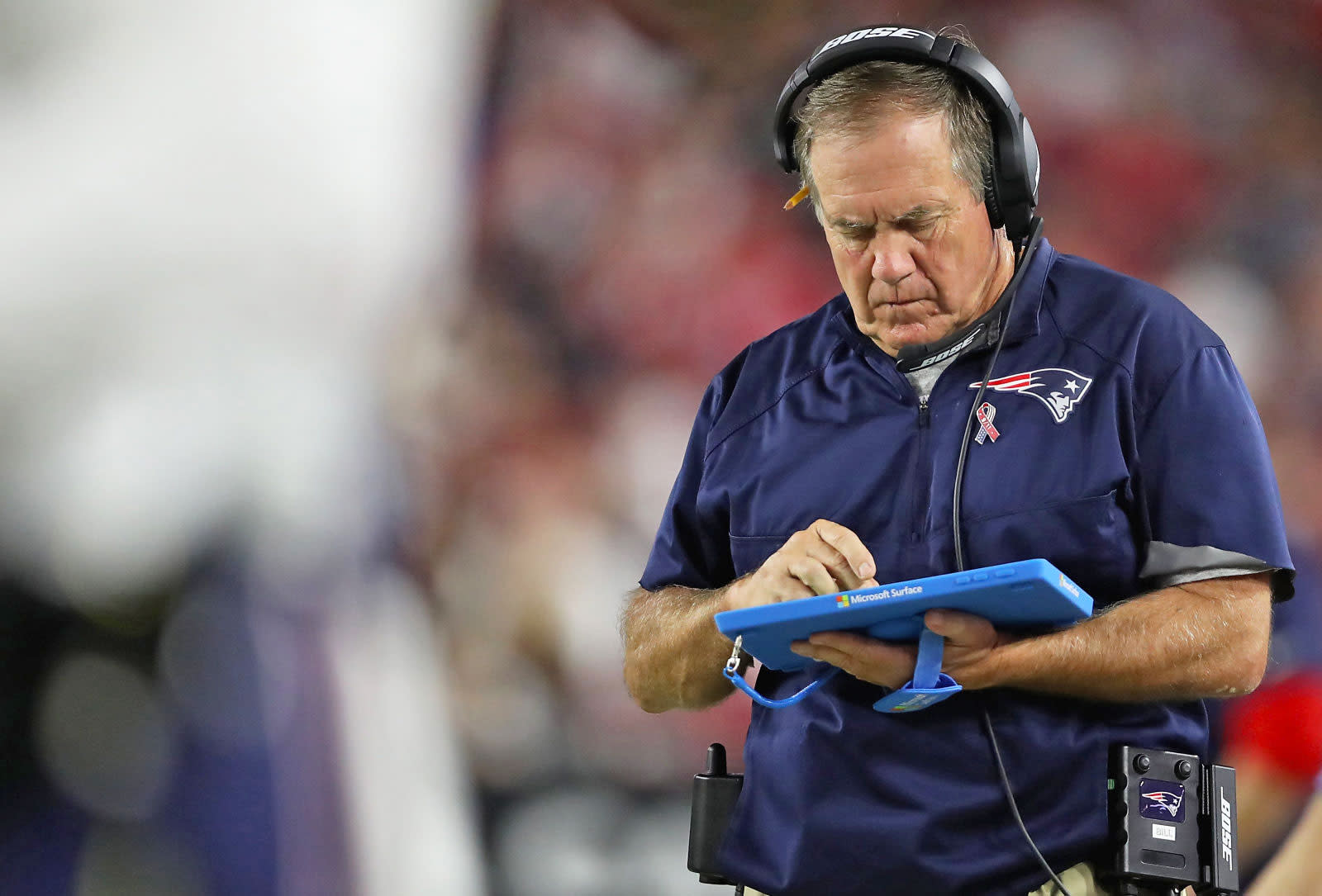 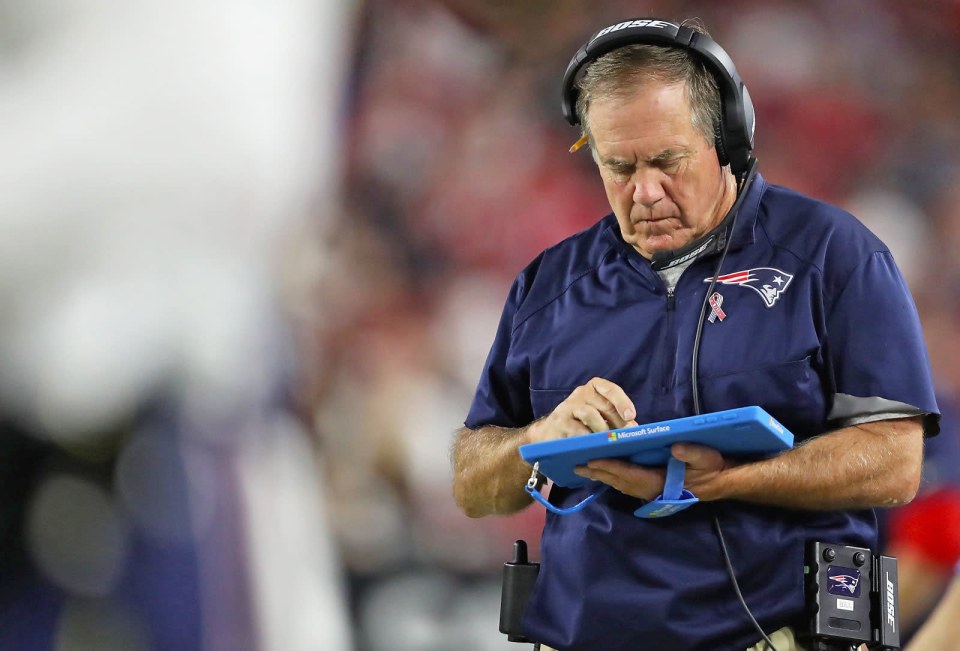 You'd think Patriots coach Bill Belichick is feeling over the moon right now. After all, his golden boy Tom Brady is finally back from a four-game suspension, handed to him by the NFL for his role in a cheating scheme now widely known as "Deflategate." But no, Belichick isn't happy. Instead, the Super Bowl-winning coach is lashing out at tablets. And while he doesn't mention Microsoft's Surface by name, that's the device the tech giant pays $80 million dollars a year for teams to use on the sidelines. It's also the one he just smashed in a game against the Bills earlier this month.

"As you probably noticed, I'm done with the tablets," Belichick said at a press conference today, in response to a question about issues he had with the tech during the Patriots' latest game. "I've given them as much time as I can give them. They're just too undependable for me," he added. "I'm going to stick with pictures as several of our other coaches do as well because there just isn't enough consistency in the performance of the tablets.

Belichick says he "just can't take it anymore," noting that he's going back to relying on printed images to view and analyze plays. "It's a personal decision. "I'll use the paper pictures from here on because I've given it my best shot," he added. "I've tried to work through the process but it just doesn't work for me and that's because there's no consistency to it."

The NFL gave us the following statement: "Microsoft is an integral, strategic partner of the NFL and implementing their technology on our sidelines has increased the efficiency and speed of collaboration between coaches and players to an all-time high. Within our complex environment, many factors can affect the performance of a particular technology either related to or outside of our partner's solutions. We continue to work with all of our partners to ensure the best systems are in place to most effectively assist the clubs in the execution of their game plan."

As for Microsoft, the company told Engadget that it respects Belichick's decision, but naturally doesn't agree with his comments about the Sideline Viewing System not being reliable. Unfortunately, the fact is there's plenty of proof to suggest otherwise.

Here's the full statement from Microsoft: "We respect coach Belichick's decision, but stand behind the reliability of Surface. We continue to receive positive feedback on having Surface devices on the sidelines from coaches, players and team personnel across the league. In the instances where sideline issues are reported in NFL games, we work closely with the NFL to quickly address and resolve."

Here's Belichick's full answer as to why he hates the tablets. Lasted five minutes and 25 seconds. pic.twitter.com/wcSqebtQRu

In this article: billbelichick, culture, deflategate, entertainment, football, gadgetry, gadgets, gear, microsoft, microsoftsurface, nfl, patriots, sports, surface, tombrady
All products recommended by Engadget are selected by our editorial team, independent of our parent company. Some of our stories include affiliate links. If you buy something through one of these links, we may earn an affiliate commission.