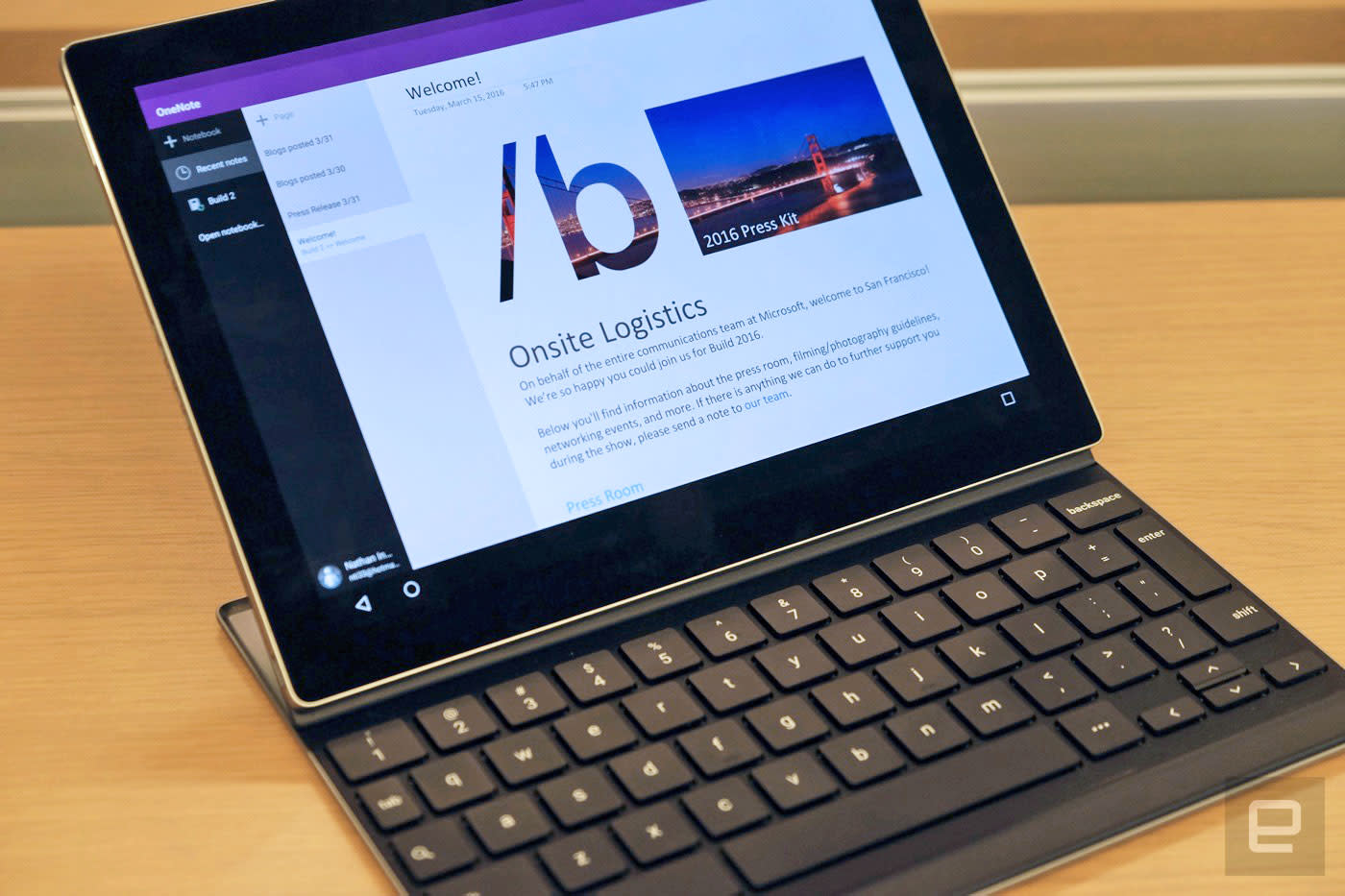 As Windows Phone is not so much an ongoing concern anymore, Microsoft's software is decidedly cross-platform at this point. Today, the company's collaboration and note-taking software OneNote is getting some Android-specific updates. For starters, the OneNote app now supports Android's new split-screen mode that launched with Android 7 Nougat -- you can view the app side-by-side with other Office apps, or really any other app you want. For a productivity app, that's pretty helpful.

The OneNote app also now lets you open password-protected sections of files and documents that were locked on other apps. Microsoft said this was a top user-requested feature -- which makes sense, given that any locked file would be essentially useless without it. Microsoft also added back the ability to record audio directly in the OneNote app, with the recordings automatically backed up to the cloud. That's a pretty handy feature if you do a lot of recording, as Android doesn't really have its own built-in voice recording features.

You can also embed any PDF or Office document that you've saved in OneNote directly into any documents you're creating in the app. Lastly, Microsoft will soon be adding the ability to customize the "section tabs" in your OneNote documents on the Android app -- a pretty basic feature that seems like it should have been in the app for a while now. That feature isn't available yet, but the rest should be rolling out to the app today. You can go get it in Google Play now.

In this article: android, gear, google, microsoft, microsoftoffice, onenote, onenotefornandroid, services
All products recommended by Engadget are selected by our editorial team, independent of our parent company. Some of our stories include affiliate links. If you buy something through one of these links, we may earn an affiliate commission.