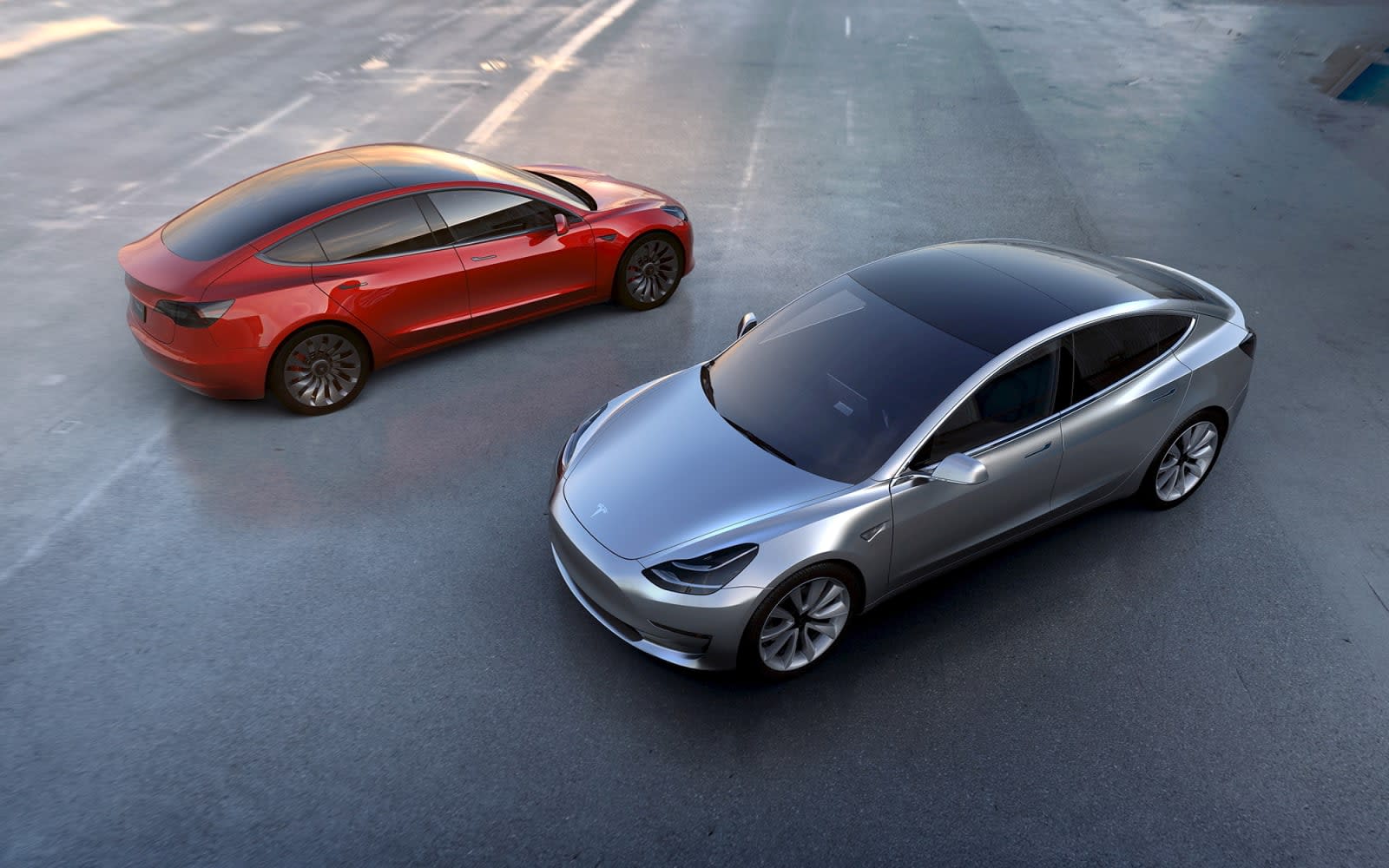 First Tesla moved this week's big product unveiling, now the company has started alerting car shoppers and potential buyers that it could be awhile before they can finally get behind the wheel of that Model 3 they have their eye on. According to Tesla's own preorder site, and confirmed by TechCrunch, new Model 3 orders placed after today will ship around mid–2018 or later. Production on the $35,000 electric sedan is still slated to begin in late 2017, so customers who have already preordered should still see their vehicles arrive around the end of next year.

Back in June, CEO Elon Musk told the crowd at the Recode conference that his company had already racked up more than 400,000 Model 3 preorders, so the new delivery timeline can't necessarily be blamed on design or production delays. Instead, Tesla just seems to be updating its estimates to account for increased demand and the limits of the Gigafactory. In other words: your chance to be one of the first Model 3 owners came and went a couple hundred thousand preorders ago.

In this article: elonmusk, gear, green, Model3, Tesla, transportation
All products recommended by Engadget are selected by our editorial team, independent of our parent company. Some of our stories include affiliate links. If you buy something through one of these links, we may earn an affiliate commission.