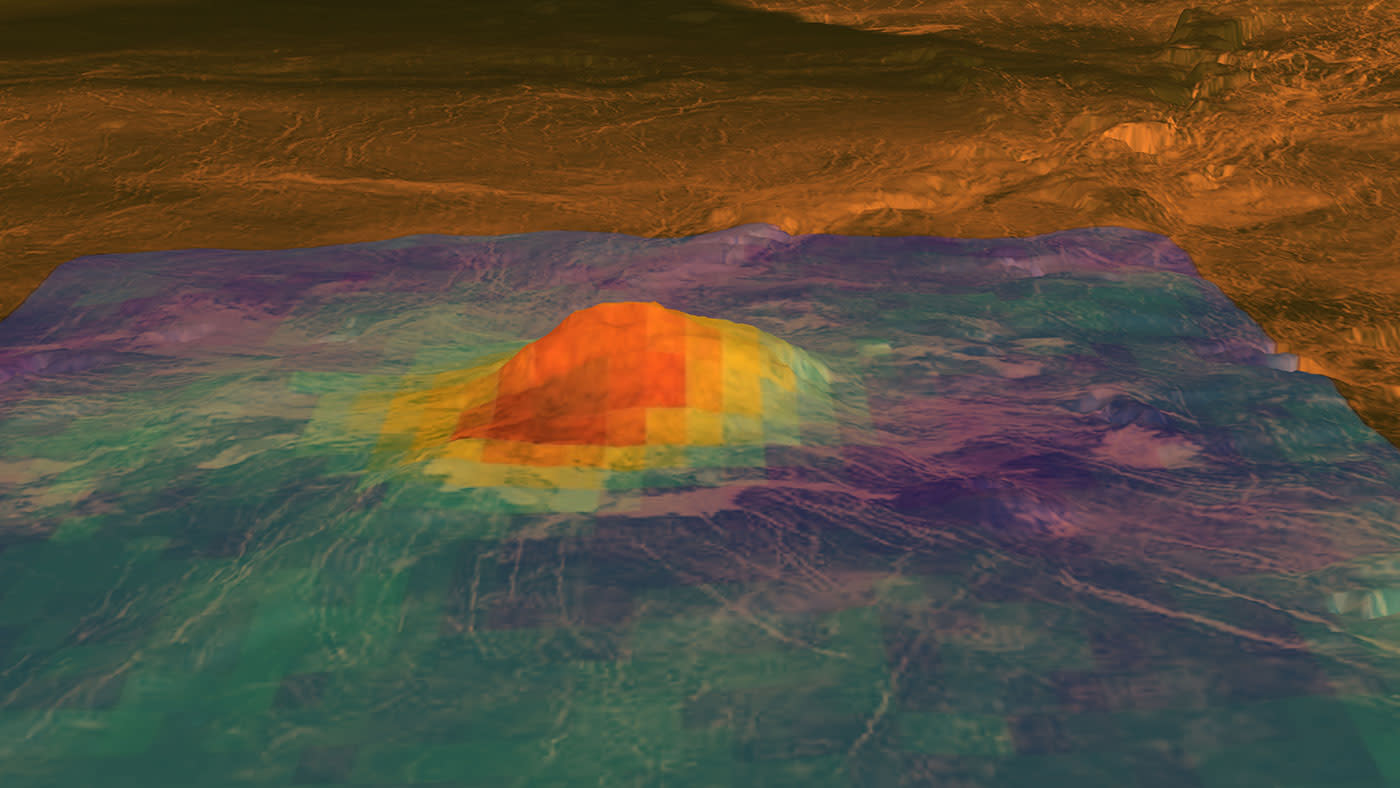 We already know that Venus has more volcanoes than any other planet in our solar system. What we're still not sure of is whether those volcanoes are still active -- now a new study suggests that at least one of them exploded quite recently. A team of scientists led by Piero D'Incecco from the German Aerospace Center in Cologne took a closer look at Idunn Mons, a massive volcano on the planet that's around 120 miles in diameter. To put that into perspective, Mauna Loa, known as the largest active volcano on Earth, is only 75 miles across.

The team combined the near-infrared imagery taken by the European Space Agency's (ESA) Venus Express mission (see above) in 2006 and 2007 with high-res radar photos taken by NASA's Magellan probe in the 1990s. They had to rely on different sets of images, because Venus is covered by a thick cloud that prevents telescopes and spacecraft from capturing detailed pictures. The team then used a technique that "pushed the limits of the data resolution" in order to see through those clouds.

What they found was five distinct lava flows around the volcano: one blanketed its peak, while the others flowed down to its base. Based on their findings, these lava flows coincide with the locations Venus Express' infrared equipment identified as warm. These warm rocks also show few signs of weathering and sit atop the volcano's other features, which don't exhibit the same temperature.

All of these strongly suggest that the lava flows are fresh and recent additions. However, we still can't say with 100 percent certainty that Idunn Mons continues to remain active. Japan's Akatsuki is already orbiting Venus and beaming back data, though, and NASA is planning to launch a low-cost mission called VERITAS. If we're lucky, they might be able to gather the data we need to finally be able to figure out if volcanic eruptions still rock Earth's twin planet.

In this article: science, space, venus, volcanoes
All products recommended by Engadget are selected by our editorial team, independent of our parent company. Some of our stories include affiliate links. If you buy something through one of these links, we may earn an affiliate commission.