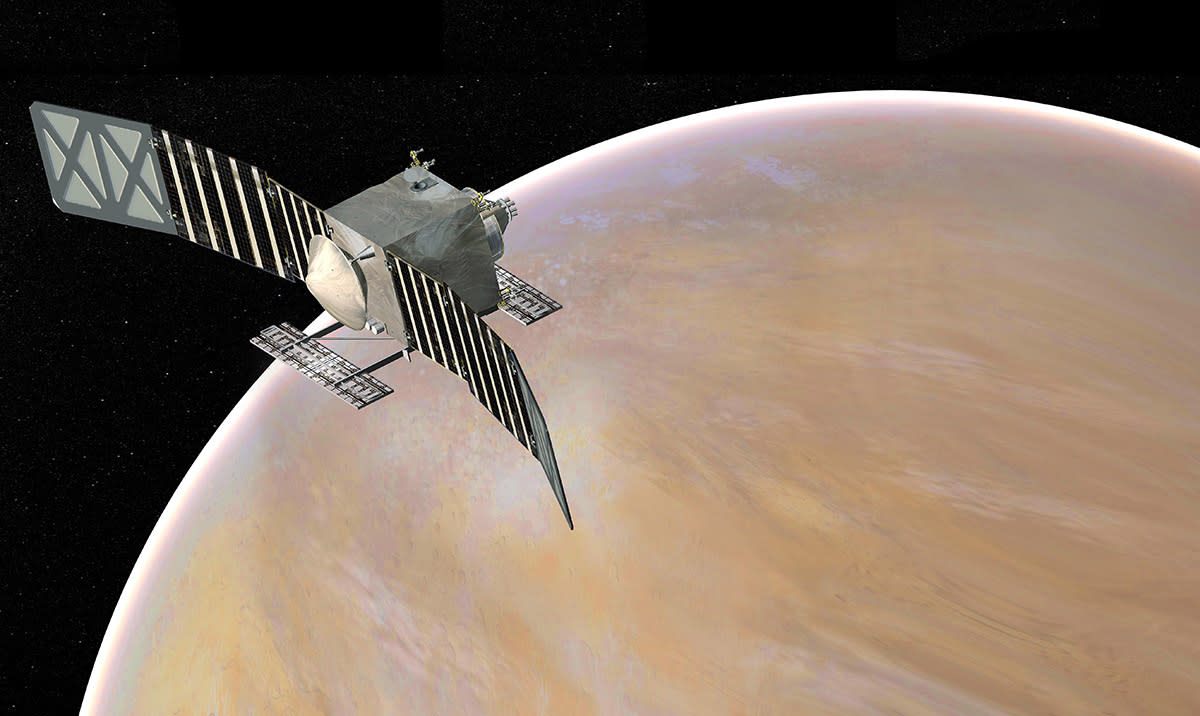 NASA has announced the five new project concepts it's considering for the Discovery program, which focuses on low-cost space missions. It's the same program we have to thank for the Dawn spacecraft that recently captured a sunlit Ceres, the Messenger probe that crashed into Mercury after it ran out of power in April and the Mars InSight lander that's currently heading for the red planet. Two of those five concepts want to take a closer look at the second planet from the sun: the first one is called Deep Atmosphere Venus Investigation of Noble gases, Chemistry and Imaging or DAVINCI. Its spacecraft will study the chemical composition of Venus' atmosphere during its descent and will investigate whether there are still active volcanoes on the planet.

The Venus Emissivity, Radio Science, InSAR, Topography and Spectroscopy mission (VERITAS), on the other hand, wants to capture surface images and produce high-resolution maps of the same planet. You can see an artist's interpretation of the NASA JPL-conceived VERITAS spacecraft in the image above. Next is Psyche -- a mission that aims to study the metallic asteroid Psyche, which scientists believe was a protoplanet until its rocky layers were stripped off after crashing into another object.

Another JPL concept called Near Earth Object Camera (NEOCam) aims to find ten times the number of near-Earth objects that's been discovered thus far. Finally, the Lucy mission plans to send a spacecraft to the outer solar system in order to study Jupiter's Trojan asteroids that could hold the secrets to our solar system's history. The teams behind these ideas will receive $3 million each to conduct studies and conjure up analyses to convince NASA to choose their project. NASA is earmarking $500 million for each mission it chooses (there might be more than one) and will announce its decision by September 2016.

In this article: discovery, nasa, space, venus
All products recommended by Engadget are selected by our editorial team, independent of our parent company. Some of our stories include affiliate links. If you buy something through one of these links, we may earn an affiliate commission.