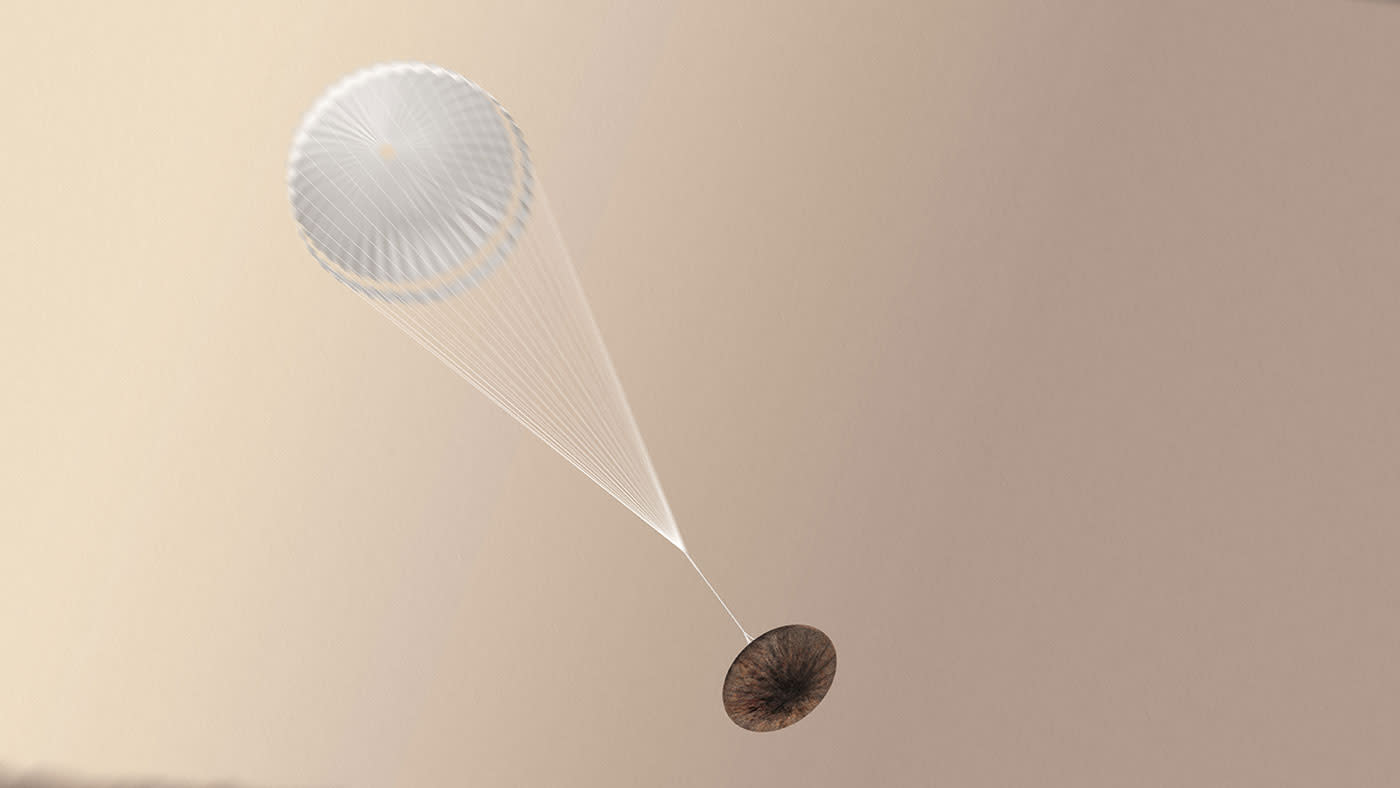 The European Space Agency is still in the midst of investigating what happened to ExoMars' Schiaparelli lander, which seemed to disappear 50 seconds before it was supposed to land. At the presscon the agency held earlier, Andrea Accomazzo, ESA's head of planetary missions, said the ExoMars team already downloaded the data Schiaparelli sent to its mothership before it vanished. Unfortunately, we'll have to wait a bit more to get the whole picture, because it'll take some time to analyze the information.

ExoMars, which is short for Exobiology on Mars, is a two-part joint project between the ESA and the Russian Space Agency. It's comprised of the stationary lander Schiaparelli and its mothership called the Trace Gas Orbiter. The mission's main purpose is to find signs of past and present life on the red planet.

Based on the radio signals captured by the Giant Metrewave Radio Telescope and an experiment telescope array located in India, though, the lander managed to deploy its parachute and heat shield. Both are necessary steps in Schiaparelli's six-minute descent into the Martian atmosphere. Accomazzo also said that they saw the lander's thrusters firing for a few seconds, and they saw their ground radar feeding data to Schiaparelli for a while.

While the lander's fate still hangs in the balance, the ExoMars team intend to get to the bottom of things. In addition to analyzing TGO's data, the ESA will continue trying to monitor the lander's condition. ESA's pal NASA will also be helping out by having the Mars Reconnaissance Orbiter capture images of Schiaparelli's landing site in the next few days.

Andrea Accomazzo: V. difficult to say condition of @ESA_EDM We will be able to determine the dynamics l8r, after all data analysed #ExoMars

Accomazzo: From the data, we saw the @ESA_EDM thrusters firing for a few seconds - more analysis to come #ExoMars

Accomazzo: We also saw that the ground radar was activated and providing data to @ESA_EDM #ExoMars

Accomazzo: @ESA_EDM stopped transmitting on the order of ~50secs before the expected touch-down time #ExoMars

In this article: esa, exomars, lander, mars, schiaparelli, science, space
All products recommended by Engadget are selected by our editorial team, independent of our parent company. Some of our stories include affiliate links. If you buy something through one of these links, we may earn an affiliate commission.