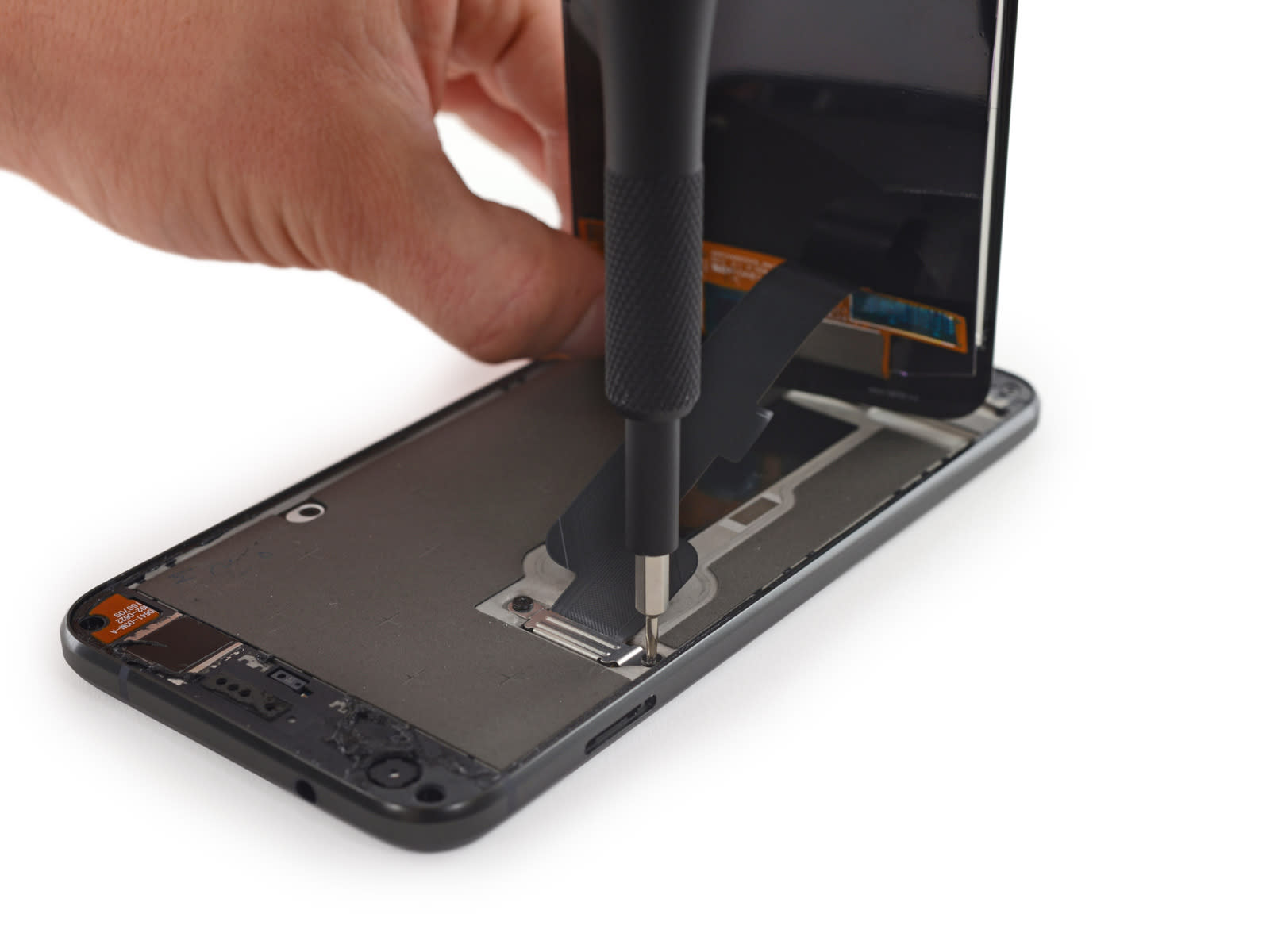 iFixit gave Google's Pixel XL a middling repairability score of 6 out of 10 partly because its display was poorly assembled. Still, the team found a lot of modular components that can be easily replaced when they cracked Mountain View's new flagship open. They also noted that HTC acted as the perfect silent partner, barely leaving a mark on the device despite manufacturing it for the tech giant. The only indication that HTC was involved is a logo on the XL's battery, which you can peel off -- it's right in the middle of a tab you need to pull if you want to pop the phone's battery out.

By the way, the Pixel XL has a 13.28 Wh battery that's much better than the iPhone 7 Plus' (11.1 Wh), but not as good as Samsung S7 Edge's (13.86 Wh). If you want to see what the phone's back-mounted fingerprint sensor, 12.3-megapixel rear camera and other notable parts look like outside the device itself, check out the full teardown process on iFixit's website or watch the video below.

In this article: gear, google, googlepixel, HTC, ifixit, mobile, pixelxl
All products recommended by Engadget are selected by our editorial team, independent of our parent company. Some of our stories include affiliate links. If you buy something through one of these links, we may earn an affiliate commission.