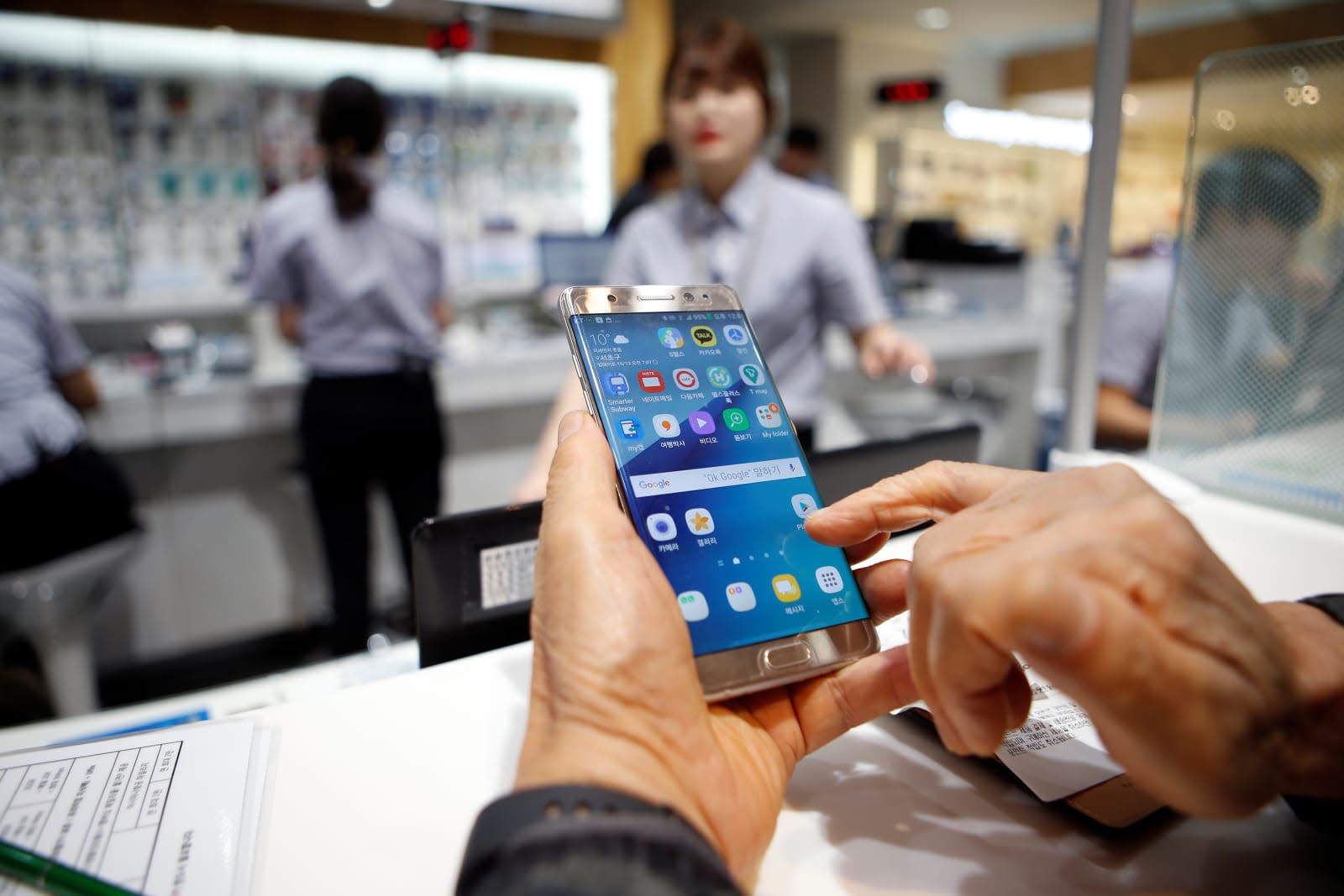 You knew it was just a matter of time before some of the drama behind the death of the Galaxy Note 7 came to light, and what we're seeing isn't all that pretty. Wall Street Journal sources claim that Samsung's mobile chief DJ Koh thought there was enough evidence (protrusions in the batteries from one supplier) to go ahead with the speedy initial recall. He thought it was best to do "the right thing" and start a recall, insiders say, even though there was incomplete evidence. The company didn't want to leave people in the dark, worrying what was wrong. And while there was a debate about the seriousness of the issue (some even suspected the fires were fake), it's not as if Koh was a lone wolf. Company heir and vice chairman Lee Jae-yong was also in favor of the hasty recall, possibly due to his push for greater transparency at a company known for its secrecy.

The company still doesn't know what led to the Note 7's propensity to catch fire, although both Koh and Lee are now known to have shared responsibility for cancelling the phone after facing pressure from carriers like Verizon. An unnamed executive echoes a previously mentioned theory that the battery housing might have been too small for the power pack's capacity.

The consequences of the recall don't just extend to Samsung's reputation, either. The tipsters report that Samsung has delayed work on the Galaxy S8 by two weeks while it tries to pin down the nature of the Note 7's battery woes. That's not a huge gap, but it could lead to the company missing the S8's originally intended launch schedule. Samsung has recently taken to introducing new Galaxy S models at Mobile World Congress in February or early March, but it may have to miss the event if it doesn't have enough breathing room.

A spokesperson didn't comment on the backroom reports other than to tell the WSJ that Samsung is "committed to finding the root cause" and recalling every last Note 7 still in the wild. However, it's reasonable to expect that Samsung will take its time on the S8, even if it means missing out on potential sales. The Note 7 is already going to cost Samsung billions, and that's before you count the damage to its reputation. The S8 has to show that Samsung is back to its usual self, and can make a top-flight phone without compromising on safety.

In this article: battery, djkoh, galaxynote7, galaxys8, gear, LeeJae-yong, mobile, recall, samsung, smartphone
All products recommended by Engadget are selected by our editorial team, independent of our parent company. Some of our stories include affiliate links. If you buy something through one of these links, we may earn an affiliate commission.