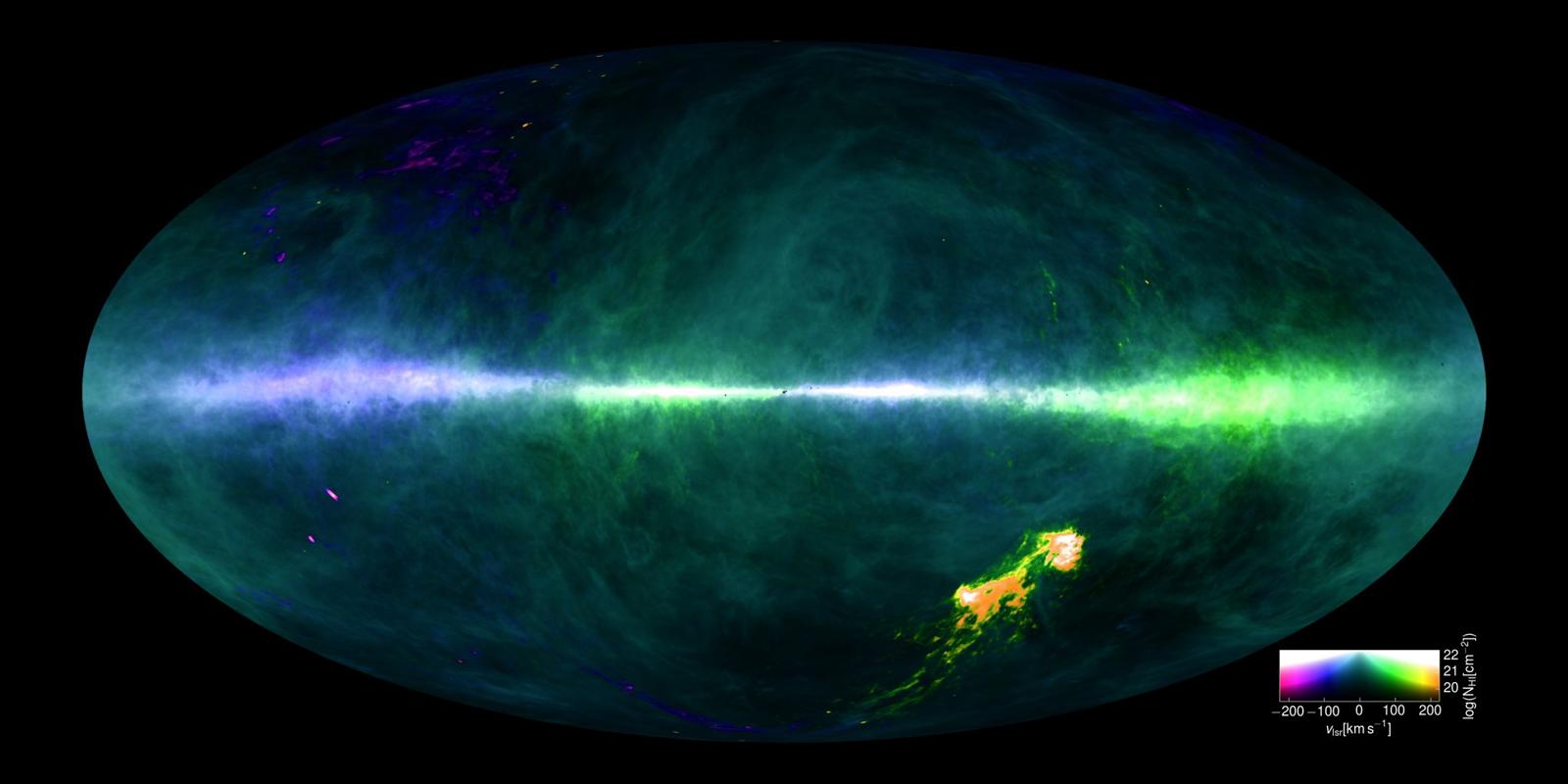 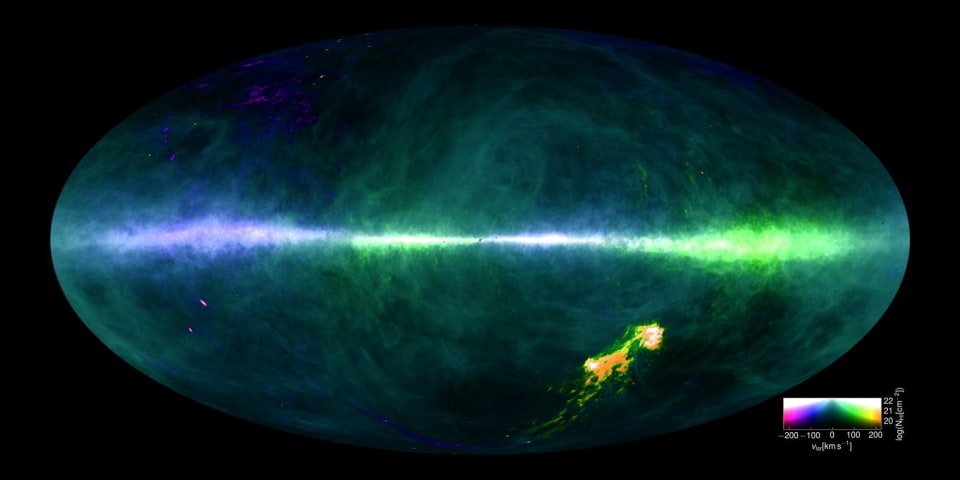 Benjamin Winkel and the HI4PI collaboration

There have been detailed maps of the Milky Way before, but none quite so ornate as this. Researchers in the HI4PI sky survey have created a fine-grained map of our home galaxy using its most common material: neutral atomic hydrogen. Such studies have taken place before, as you might guess. However, the use of 10 billion data points from large radio telescopes (the Parkes Observatory and Effelsberg 100m) and noise-filtering algorithms have produced an image with twice the sensitivity as the previous best, and four times the angular resolution. The result? A view of the Milky Way so comprehensive that you can finally see the finer details of cloud structures in between stars -- they were too blurry before.

The info isn't just useful for visualizing humanity's cosmic neighborhood, of course. Those structures likely helped form stars in the Milky Way for billions of years, so they could offer insight into the galaxy's development. It could help us understand the rest of the universe, as well. As everything we can observe passes through that hydrogen, knowing its concentrations will help scientists correct their findings. It's like cleaning a window, the study's Dr. Benjamin Winkel says. The map and its data will be freely available to researchers around the world, so you could see a wave of discoveries that were previously held back by limited maps.

In this article: astronomy, astrophysics, csiro, galaxy, hi4pi, hydrogen, milkyway, milkywaygalaxy, science, space
All products recommended by Engadget are selected by our editorial team, independent of our parent company. Some of our stories include affiliate links. If you buy something through one of these links, we may earn an affiliate commission.