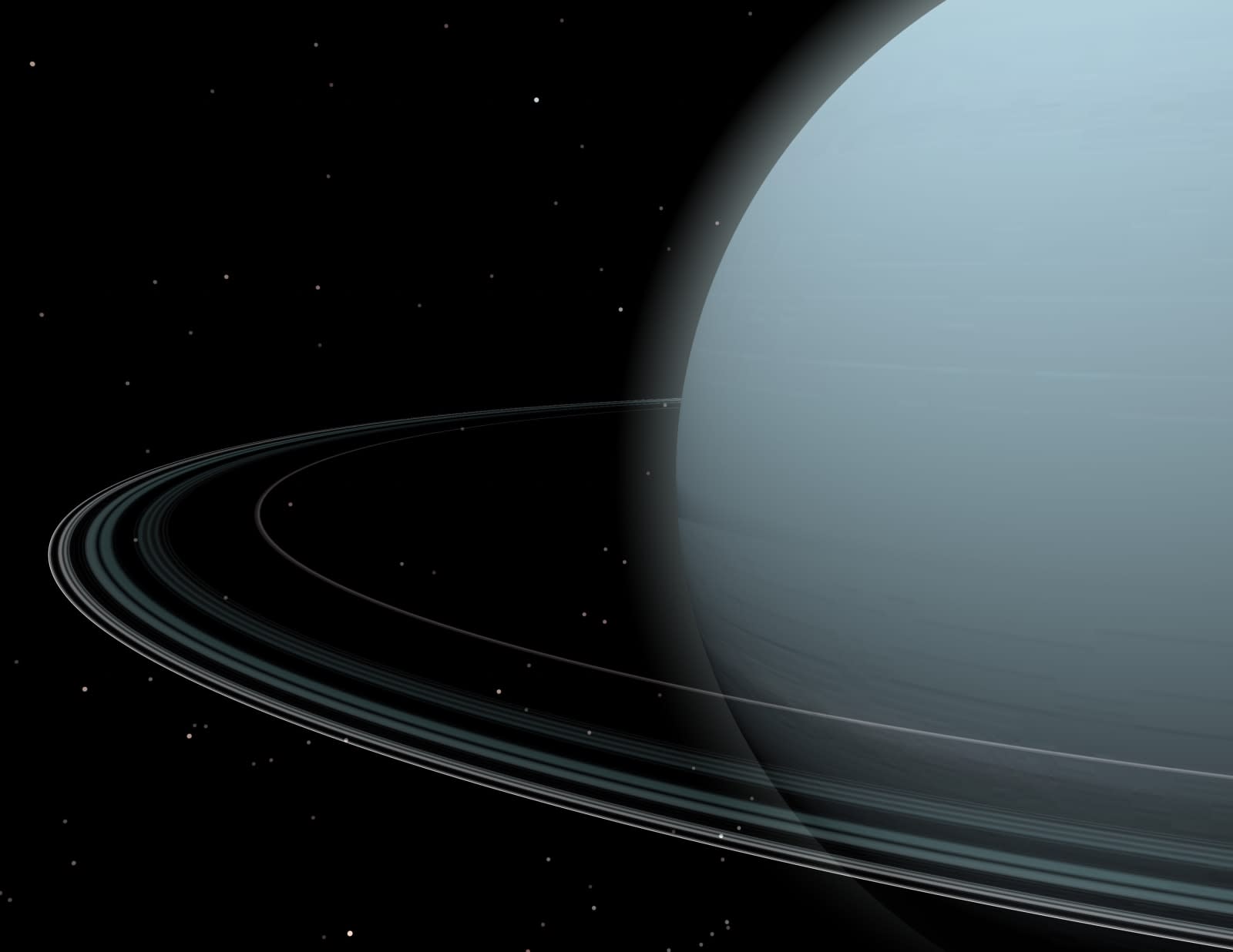 NASA launched its two Voyager probes almost 40 years ago, sending the first on a more direct route out of the solar system. Voyager 2 took a longer route to survey Neptune and Uranus in 1986, becoming the first and only spacecraft to fly by the ice giants. Scientists continue to comb over that data, and they might have just made a discovery from the 30-year-old recordings: Two additional moons orbiting Uranus, bringing its total to 29.

Cornell researchers were surveying Uranus' rings when they found that the amount of material in its alpha ring varied periodically; He found the same when examining its beta ring. That asymmetry could be as-yet undiscovered moons within the rings, which Chancia and his partner estimate to be 2-9 miles in diameter, which are about the size of Saturn's moons.

Voyager 2 measured the rings by firing radio signals through them back to earth as well as measuring light shined by background stars onto the orbiting matter, which helps reveal how much material is present. The potential satellites popping up in Uranus' data are similar to quasi-moon structures in Saturn's rings called moonlet wakes.

The ice giant's rings are notably more narrow than Saturn's, but the new structures might explain that by acting as "shepherd" moons that keep the circular material from spreading out. Two of Uranus' 27 known satellites, Ophelia and Cordelia, do this for the planet's epsilon ring.

The researchers didn't actually find the rings, just the data supporting their likely existence. Further study and visual confirmation awaits other scientists, as the Cornell team remains committed to studying Uranus' ring phenomena and whatever they reveal about their home planet.

In this article: moon, planet, rings, science, SolarSystem, space, Uranus, voyager, Voyager2
All products recommended by Engadget are selected by our editorial team, independent of our parent company. Some of our stories include affiliate links. If you buy something through one of these links, we may earn an affiliate commission.