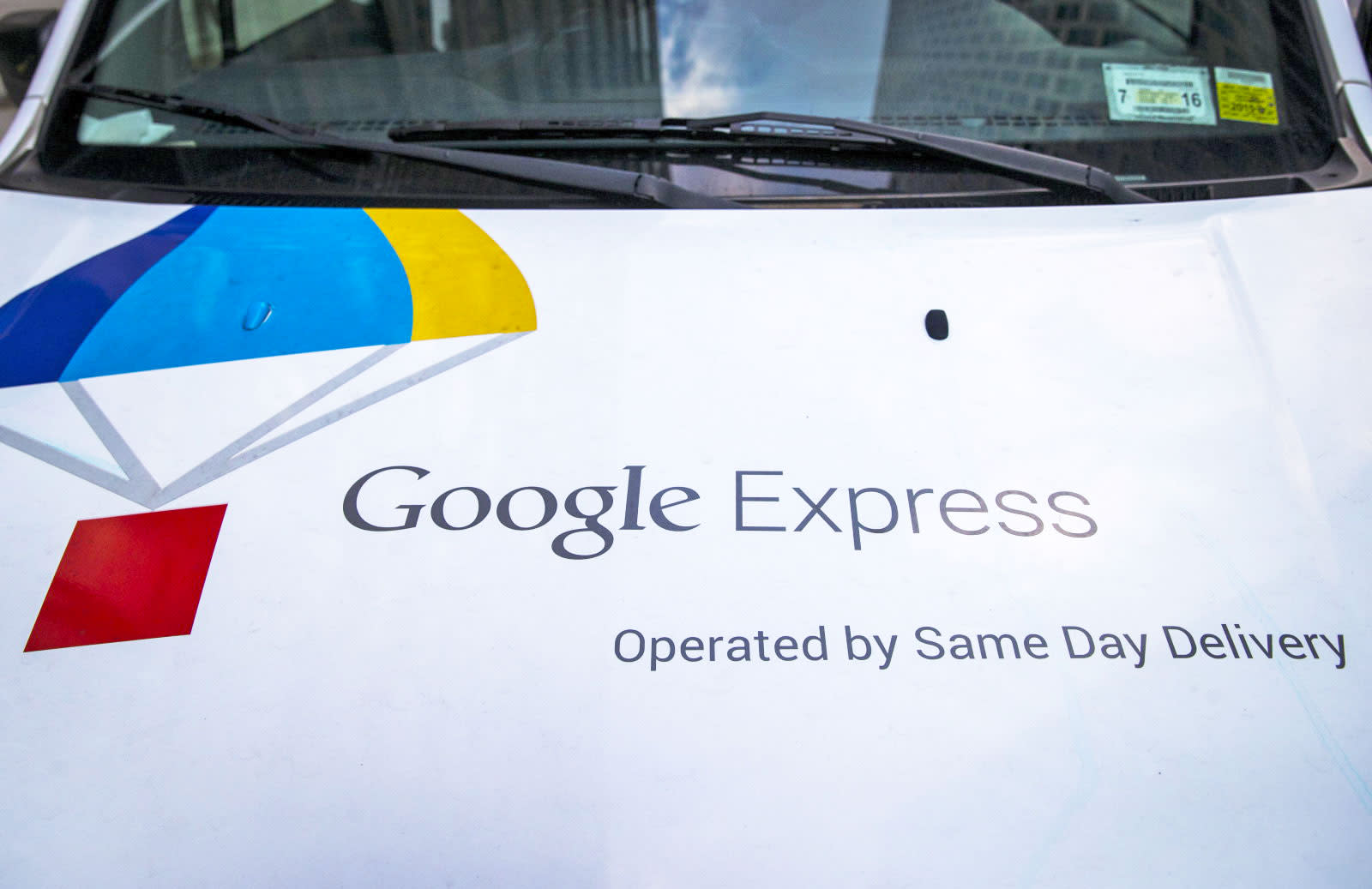 Google's same-day delivery service, Express has been growing quickly (it just spread throughout New England), but it's now poised to be almost ubiquitous in the US. The internet giant has expanded its I-want-it-now shopping option to 12 more states: Alabama, Florida, Georgia, Idaho, Kentucky, Montana, North Carolina, Oregon, South Carolina, Tennessee, Utah and Washington. That puts Google Express within reach of 70 million more people, or about 90 percent of Americans. The whole continental US should be covered by the end of 2016, Google adds.

As before, Express is really about bringing a same-day choice to retailers where it wouldn't otherwise have the option, such as Costco, Fry's and PetSmart. You have to buy a minimum amount ($15 to $35), but you can pay a delivery fee (typically $5) instead of opting for the $95 annual membership. It's not quite an Amazon Prime competitor, but it does serve as a foil to Google's arch-rival. If you're like many shoppers, you skip search engines entirely in favor of store sites like Amazon -- this is Google's way of bringing you back to its home turf.

In this article: courier, culture, delivery, e-commerce, google, googleexpress, internet, same-daydelivery, SameDayDelivery, services, shopping
All products recommended by Engadget are selected by our editorial team, independent of our parent company. Some of our stories include affiliate links. If you buy something through one of these links, we may earn an affiliate commission.