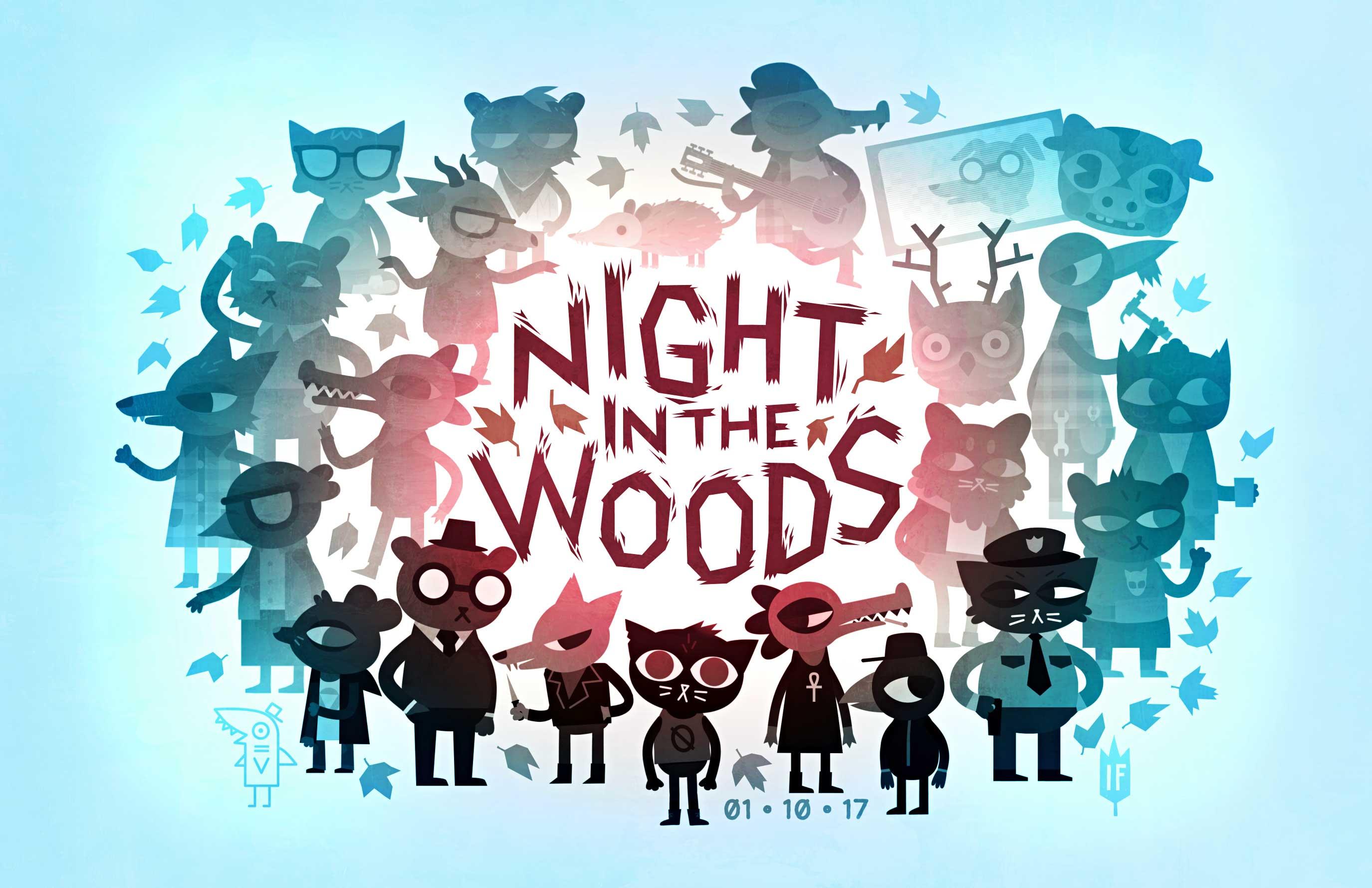 Adorable independent adventure game Night in the Woods has been in development for just shy of three years, following a wildly successful Kickstarter campaign in October 2013 that asked for $50,000 and ended up earning $209,000. In an update to that very same Kickstarter page on Wednesday, developers Alec Holowka, Scott Benson and Bethany Hockenberry announced that Night in the Woods will land on PC, Mac, Linux and PlayStation 4 on January 10th, 2017.

Night in the Woods follows Mae, a 20-year-old college dropout who returns to her small, Rust Belt hometown of Possum Springs only to find that things have changed while she was away. And, there's something strange lurking in the woods. The game is filled with post-teenage cynicism and coming-of-age overtones, complete with snappy dialogue that was actually inspired by Twitter. Also, donuts.

Along with the release date, Holowka, Benson and Hockenberry offered a note about Night in the Woods' production timeline, noting that some fans and critics think the game has been in development for upwards of five years, which simply isn't true. Three years, the developers argue, is a standard amount of time for an independent game to be made. They blame the perception gap on Night in the Woods' "big coming out party" in 2014.

"The E3 demo hit way bigger than we expected and got a lot of press," the developers write. "We also just did a lot of shows that year. And for solistice 2013 and 2014 we released supplemental games. In reality we are just pretty productive and got very lucky with people caring about the stuff we were making early on after the Kickstarter. Making things in public is weird, huh?"

About as weird as a creepy coming-of-age story starring an aimless cat, we guess.

In this article: AdventureGames, av, finji, gaming, Indie, InfiniteAmmo, kickstarter, NightintheWoods, personal computing, personalcomputing, ReleaseDate
All products recommended by Engadget are selected by our editorial team, independent of our parent company. Some of our stories include affiliate links. If you buy something through one of these links, we may earn an affiliate commission.