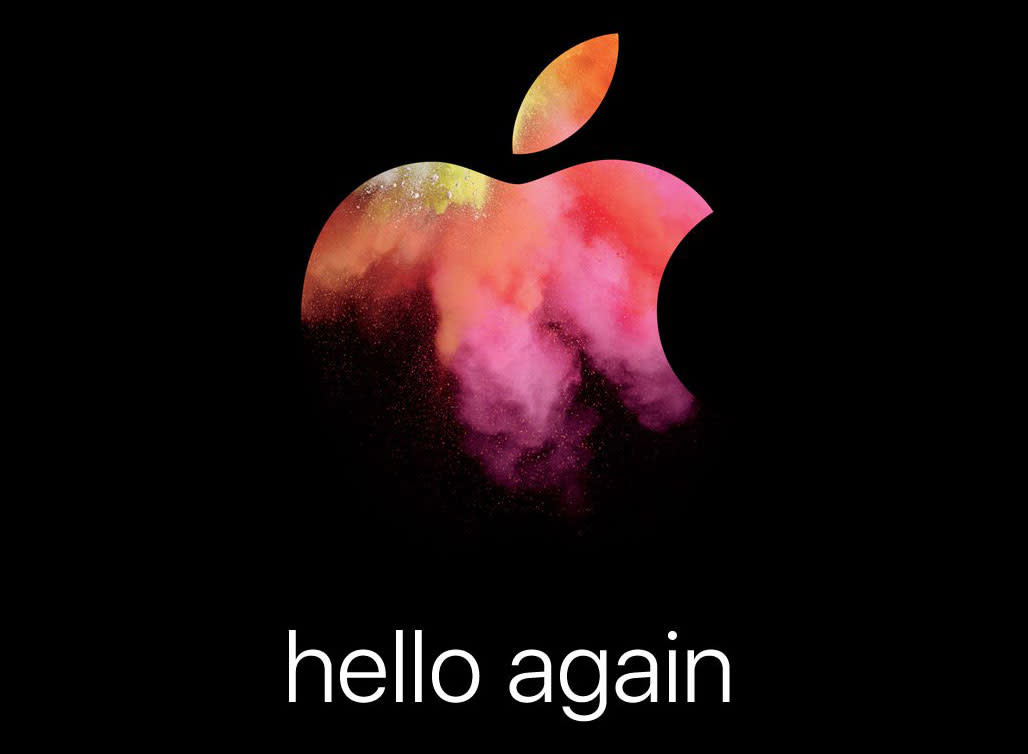 Hello again, indeed! If it feels like we were just doing this, it's because... we were. Apple held an event last month to unveil the iPhone 7 and Apple Watch Series 2. There was much fanfare and we had quite a bit to say about it all. Now, just a few weeks later, Apple is back, hosting yet another event, with this one rumored to be all about MacBooks. Rumors point to refreshed 13- and 15-inch models, obviously with newer chips inside, and very likely some smaller ports along the edges. We'll also be curious to see if the long-neglected MacBook Air line gets some love, or if it gets the axe. (Or, it could die a long, slow death, the way the iPod Classic did.)

One thing you probably won't hear about at this event: those rumored MacBooks with E Ink keyboards. If those are even real, they're not expected until at least 2018. With those expectations set, get comfy and hunker down as we give you the blow-by-blow on today's keynote. (And stay tuned afterward for our first impressions of the new devices, once we get to see them in person.)

In this article: apple, applefall2016, gadgetry, gadgets, gear, liveblog, personal computing, personalcomputing
All products recommended by Engadget are selected by our editorial team, independent of our parent company. Some of our stories include affiliate links. If you buy something through one of these links, we may earn an affiliate commission.