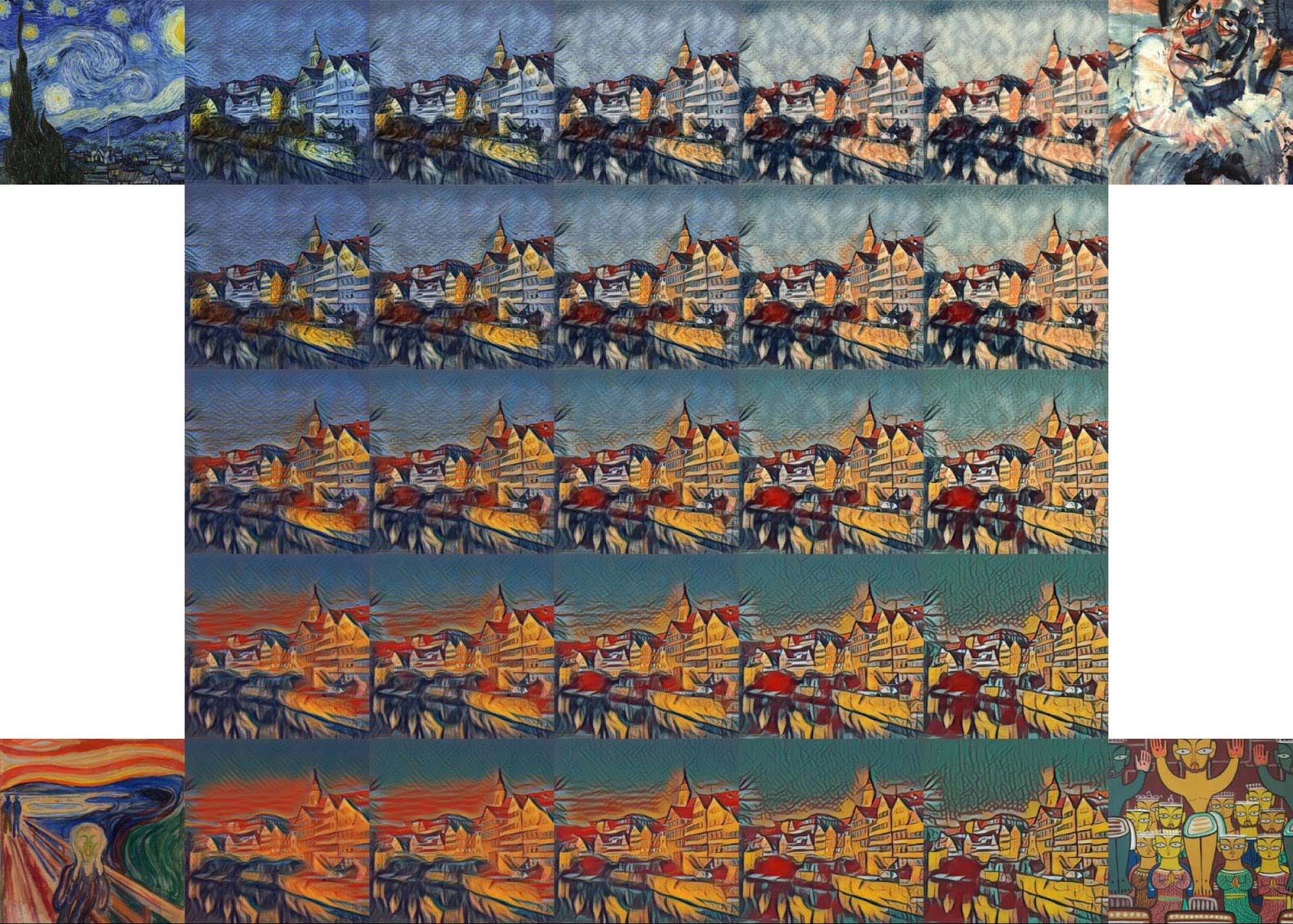 Basic filters are soooo last year, and Google knows it. It's all about turning your mundane pet photos into works of art now, spearheaded by popular mobile app Prisma. Since it launched earlier this year, Prisma's added an offline mode and video support (albeit after a me-too competitor), but just a few days ago Facebook revealed it's also working on style transfer tech for live video -- though Prisma says it's going to beat the social network to the punch in a matter of days. Now, Google has revealed it's going one better, detailing a system that can mix and match multiple art styles to create photo and video filters that are altogether unique.

Google is using more or less the same neural network approach as, say, Prisma does. Simply put, algorithms break pictures down into easily understandable parts, "learn" the artistic style of a painting (like the color palette and brush stroke technique), and combine them into a new image. But as Google explains, its style transfer tech is more complex. It can learn from multiple paintings -- whether they be different works from the same artist or movement, or entirely separate genres altogether -- and through "interpolation," create an entirely new type of filter that merges distinct styles.

Apparently, the search giant's system requires minimal computing power and is simple enough that it can be applied to live video. As the demo above shows, you can even edit the extent a video is transformed by any one of several different styles on the fly. Like Google's other experiments in using neural networks to colorize black and white photos or create trippy art, this advanced style transfer tech appears to be firmly in the research stages right now. Google does intend to release the source code for this project in due course, though, and we'd be pretty surprised if something akin to this didn't eventually become a fancy new feature in Google Photos.

In this article: ai, art, culture, deeplearning, google, googlephotos, MachineLearning, neuralnet, NeuralNetwork, prisma, tensorflow
All products recommended by Engadget are selected by our editorial team, independent of our parent company. Some of our stories include affiliate links. If you buy something through one of these links, we may earn an affiliate commission.