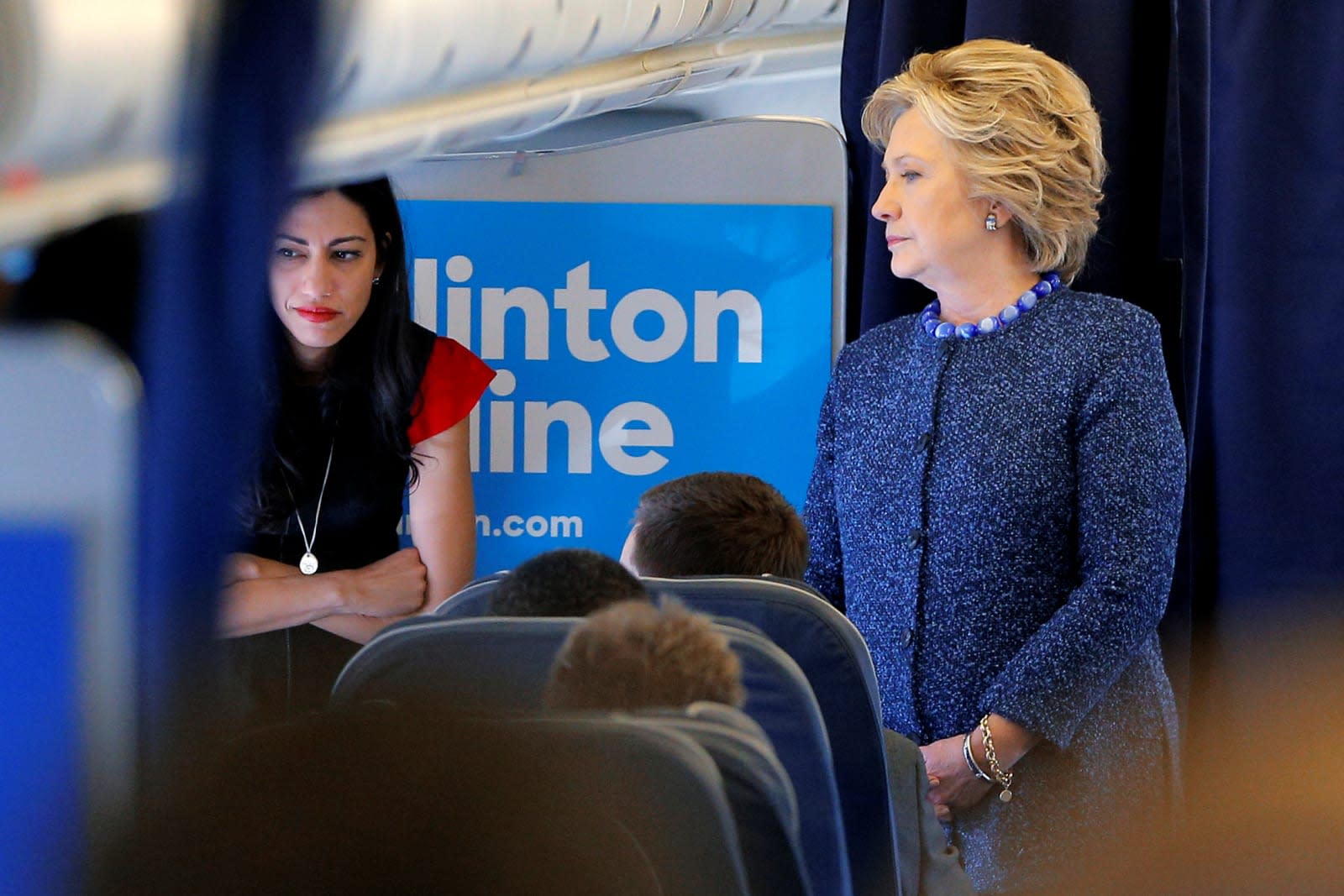 Although the FBI previously concluded that Hillary Clinton should not face charges over the usage of her personal email server, the Bureau apparently isn't done looking into Clinton's emails after all. "In previous congressional testimony, I referred to the fact that the Federal Bureau of Investigation (FBI) had completed its investigation of former Secretary Clinton's personal email server," FBI Director James Comey said in a letter sent out Friday. "Due to recent developments, I am writing to supplement my previous testimony."

"In connection with an unrelated case," Comey's letter continues, "the FBI has learned of the existence of emails that appear to be pertinent to the investigation. I am writing to inform you that the investigative team briefed me on this yesterday, and I agreed that the FBI should take appropriate investigative steps designed to allow investigators to review these emails to determine whether they contain classified information, as well as to assess their importance to our investigation."

Comey concluded: "Although the FBI cannot yet assess whether or not this material may be significant," and I cannot predict how long it will take us to complete this additional work, I believe it is important to update your Committees about our efforts in light of my previous testimony."

Engadget will, of course, update as we know more.

Update: The Associated Press has tweeted a clarification from an unnamed US official, stating that the newly discovered emails did not come from Clinton's private email server.

BREAKING: US official: Newly discovered emails related to Clinton investigation did not come from her private server.

Update: The New York Times is reporting that the new emails were discovered after the FBI seized electronic devices belonging to Clinton aide Huma Abedin and her husband Anthony Weiner.

Update: John Podesta, the chairman of the Clinton campaign, has responded to Comey's letter and has called on the FBI director to "immediately provide the American people more information than what is contained in his letter".

"The director owes it to the American people to immediately provide the full details of what he is now examining," Podesta continued. "We are confident this will not produce any conclusions different from the one the FBI reached in July."

In this article: culture, emailscandal, fbi, hillaryclinton, jamescomey, politics, security
All products recommended by Engadget are selected by our editorial team, independent of our parent company. Some of our stories include affiliate links. If you buy something through one of these links, we may earn an affiliate commission.